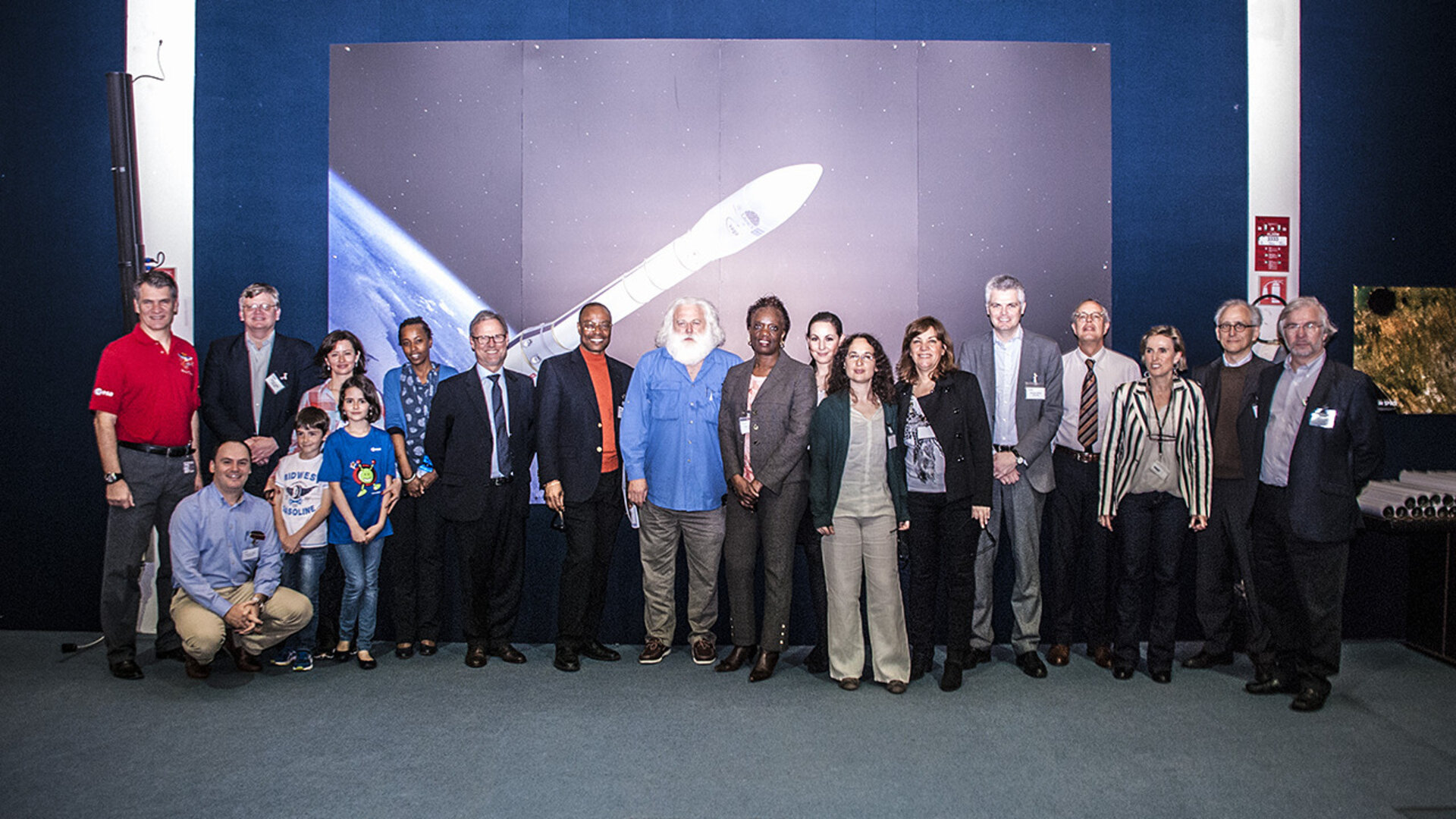 International development banks often invest in regions where projects can be difficult to monitor and evaluate. Earth-observing satellites are proving to be important tools for the development sector.

From 800 km high, satellites enable objective observations consistently over space and time. They can detect changes in land cover, monitor water quality and identify pollutants, evaluate the health of a coral reef or help assess how coastal zones are influenced by sea-level rise.

During their spring meeting last week, members of the Multi-lateral Financing Institutions Working Group on Environment learned more about how satellites can support bank activities.

ESA presented the work in progress in support of 30 bank projects distributed across the World Bank, European Investment Bank and IFAD.

A full impact report on ESA’s projects with the World Bank is currently being finalised and will soon be released as a joint publication. All demonstrations were carried out by leading specialist providers from the European Earth observation service industry, selected by ESA in an open competition. Some of these projects have resulted in the World Bank using its own financial resources to procure further Earth observation products and services from European suppliers.

For example, 38 oil spills in the West Indian Ocean and Mozambique Channel were identified, tracked and investigated during five months of operations using primarily radar data from ESA’s Envisat satellite.

“The agencies involved in marine protection, shipping operations and marine and port control felt that this information was so unique, so available and so accessible that they really changed their perception on how they can manage the oil pollution and the contamination of the oceans. And this is a revolution,” said Juan Gaviria, Transport Sector Manager, World Bank

In another pilot project with the World Bank, mapping of urban growth in Mumbai, Delhi and Dhaka was made possible with very high resolution urban classification and change maps from SPOT-5 and Rapid Eye data.

“Given the rate, scale and complex nature of urban expansion in Asia, access to this type of technology and data can provide the foundation for valuable pre-emptive analysis that can improve and shape billions of dollars of infrastructure investment, urban design and land-use strategies,” said Arish Dastur, Urban Specialist for the East Asia Pacific Region, World Bank.

Based on these promising first results, ESA will continue to build and expand activities with the international development sector, with a visit to the Asian Development Bank planned for June to promote European Earth observation capabilities and discuss future collaboration.

Anthony Nyong, Manager of the African Development Bank’s Compliance and Safeguard Division, is also optimistic about the use of satellite data in Africa’s development sector.

“It’s difficult to know what you have achieved if you don’t know where you started. Therefore, it’s important to have baseline data and then continually compare that to updated information,” he said.

Dr Nyong noted that this would be particularly useful when looking at vegetation cover, to monitor deforested and degraded areas. He went on to discuss the importance of Earth observation for monitoring water resources and wetland conservation.

“There are so many unmapped areas, but Earth observation can help establish the location of sensitive sites such as wetland areas and cultural heritage sites so we know how better to implement projects while conserving these sensitive landscapes and natural resources.”

In the next few years, the Sentinel satellites will be launched as part of Europe’s Global Monitoring of the Environment and Security programme. They will significantly improve availability of environmental information services and allow increased use of Earth observation information on an operational basis.