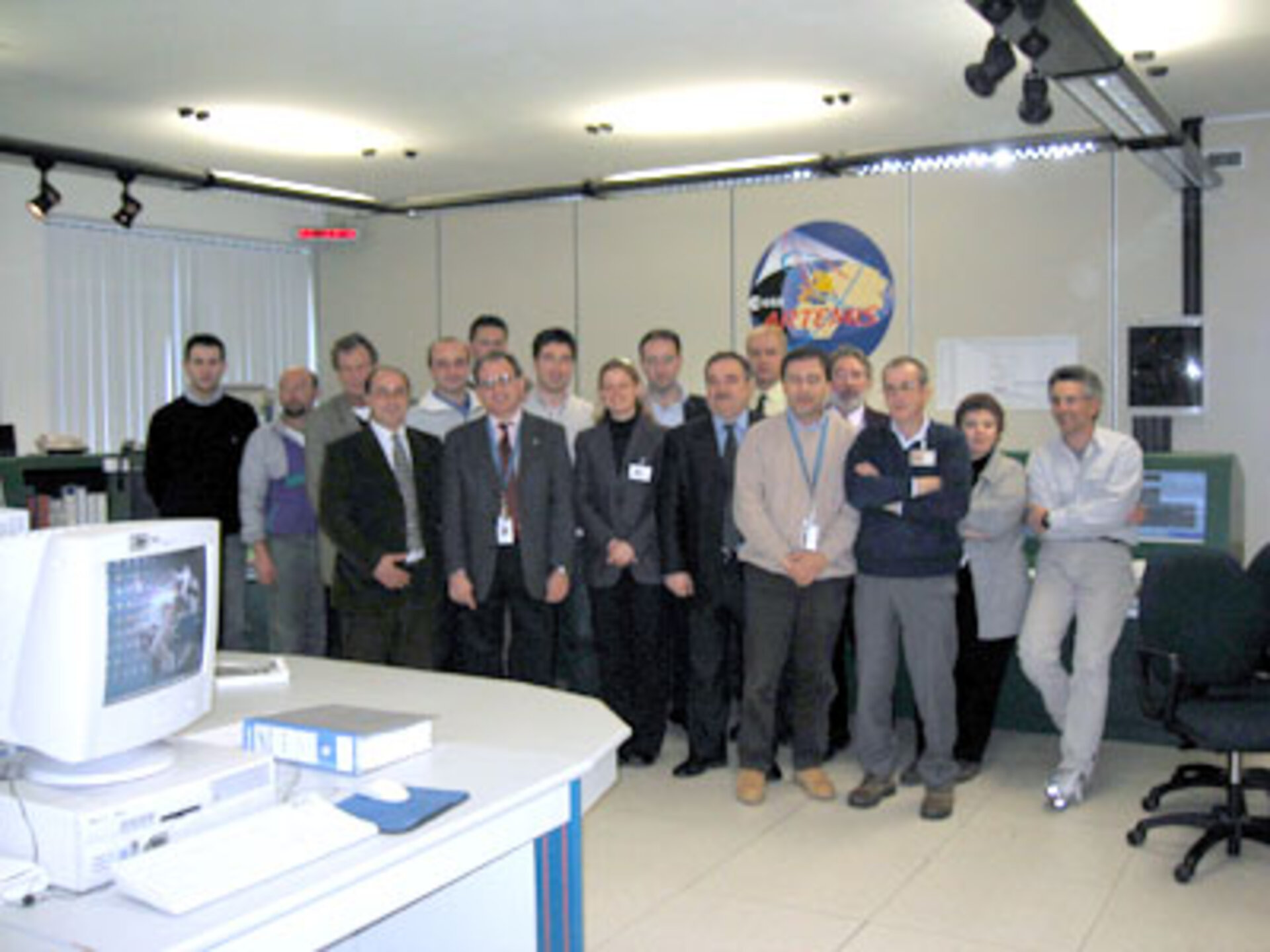 The Artemis Satellite Team has been awarded the 2003 Space Operations & Support Award at the AIAA's Space 2003 Conference at Long Beach, California (USA).

The American Institute of Aeronautics and Astronautics (AIAA) is the principal society for the aerospace engineering and scientific community. The Space Operations and Support Award is presented every two years to teams or individuals that make exceptional contributions critical to an anomaly recovery, crew rescue or space failure. This is a prestigious award which is a distinct honour for ESA as well as for the recovery team. Previous awards include the STS-61 Crew, the JPL Galileo Team and the Near Earth Asteroid Rendezvous Team.

The Artemis mission began on 12 July 2001 and was the subject of an unprecedented rescue that spanned 18 months. A malfunction in the upper stage of an Ariane-5 launcher left the satellite in an abnormally low transfer orbit. However, thanks to a combination of advanced technologies on board, coupled with the innovative procedures devised by the spacecraft control team, it was possible to slowly coax the satellite to its intended position.

A team of ESA and industry specialists immediately set to work to rescue the satellite. The shortfall in the satellite’s velocity was such that the amount of chemical propellant remaining on board was insufficient. It was decided to employ the satellite’s novel experimental ion-propulsion system, originally designed to prevent the satellite from drifting from its working position, to slowly manoeuvre the troubled spacecraft into place.

In all, about 20% of the original spacecraft control software had to be modified in order to accomplish the new mission scenario. Thanks, however, to the re-programmable onboard control concept that had been used on Artemis, remote software patches could be uplinked from the ground. The modified code amounted to a total of 15 000 words, making it the largest reprogramming of flight software ever attempted for a telecommunications satellite.

It was only in January this year that Artemis reached its intended destination, a geostationary orbit some 36 000 km above earth.

“Mission impossible, mission accomplished…Artemis is a great success for the European Space Agency since we have demonstrated our ability both to develop new technologies effectively and also our capabilities to recover a mission that many believed to be lost.” Claudio Mastracci, Director of Applications, ESA