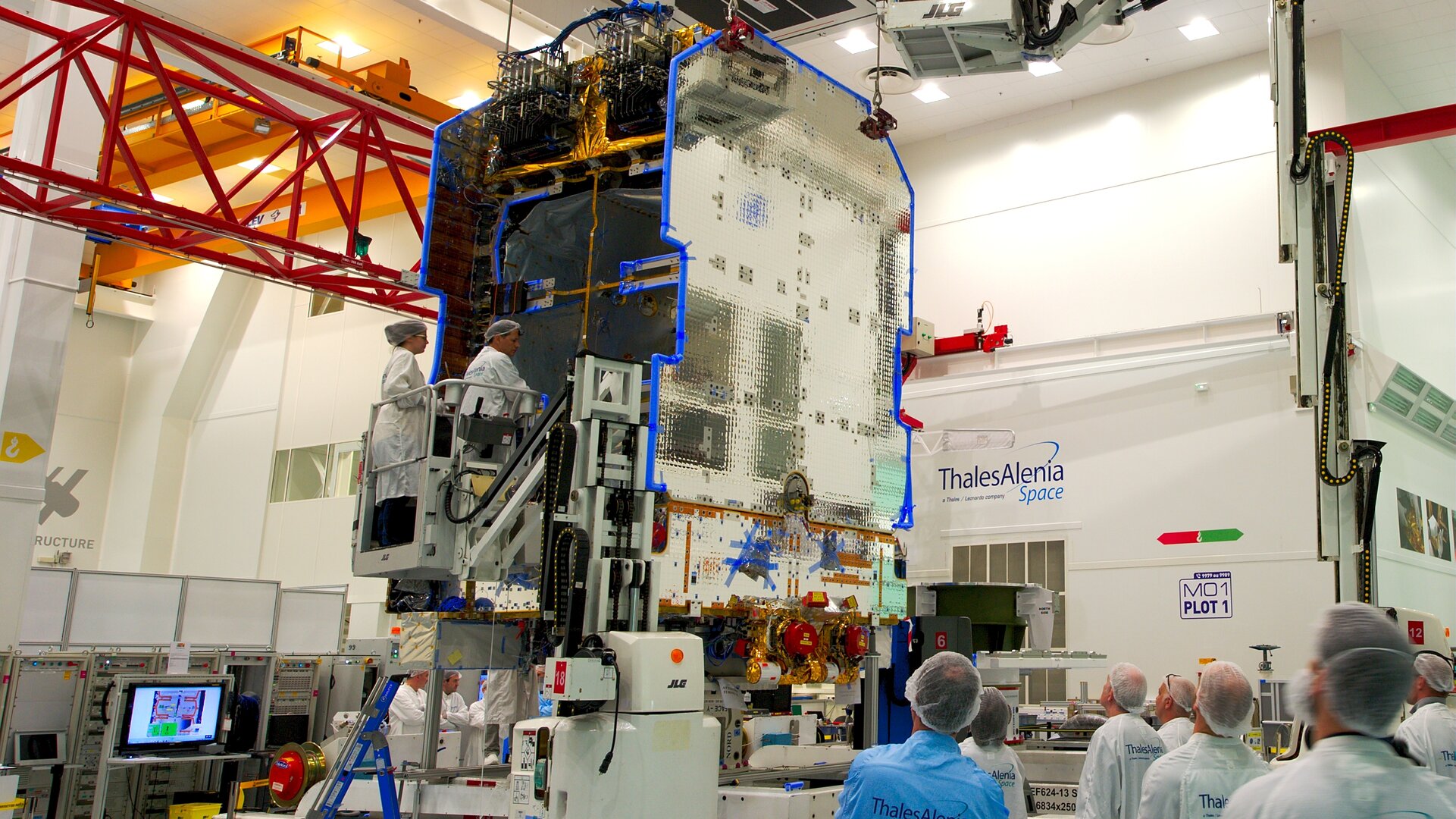 KONNECT will be the first satellite delivered from the Spacebus Neo product line ‘factory’. The assembly of service and payload modules represents a major milestone in the development of this new product line.

The Neosat programme has federated European industry around large-scale projects achieving a competitive leap forward in the core field of manufacturing of geostationary satellites, generating a high Return on Investment (ROI) for Europe.

The new Spacebus Neo satellite product line was designed from the outset to cover a wide range of payload configurations and launcher options. The module structure is fully scalable enabling the efficient implementation of complex payload architectures whilst minimising development and manufacturing lead times.

Recognising the importance to optimise the industrial flow of the new satellite product line a new generation of Mechanical and Electrical Ground Support Equipment was developed involving suppliers from across Europe. Designed to match flexibility embodied into the Spacebus Neo satellite concept, dollies, trollies, tooling, adaptors and containers, as well as check out equipment and simulators are today fulfilling an essential role in Spacebus Neo product line.

Comprehensive testing will be performed over the next months to confirm that the satellite performs as intended. Due for launch later this year, the KONNECT satellite will allow the in-orbit validation of the complete end-to-end system of the new Spacebus Neo product line, including the fully electric orbit-raising phase.

KONNECT represents the first Spacebus Neo platform product to reach this important milestone of payload integration. On the heels of this trailblazer a further three satellites including a second for Eutelsat will follow. These satellites will see the introduction and flight demonstration of further advanced features of the Spacebus Neo product line.

The new Spacebus Neo product line is developed in the frame of the French PIA (“Programme d’Investissement d’Avenir”) and ESA's Advanced Research in Telecommunications Systems (ARTES) programme, in cooperation with space agencies from ESA Member States, and managed jointly by ESA and CNES.

The Neosat programme comprises both Spacebus Neo by Thales Alenia Space and Eurostar Neo by Airbus Defence and Space. It includes development up to in-orbit validation of the new satellite product lines for both companies, allowing European industry to deliver competitive satellites for the commercial satellite market.