EDRS is a public–private partnership between ESA and Airbus.

As prime, Airbus builds, owns, operates and co-finances the system’s infrastructure. Airbus also implements and provides the data transmission services to ESA and customers worldwide. ESA funds the infrastructure development. The European Commission is the anchor customer through the Copernicus Sentinel satellite missions.

Public–private partnerships (PPPs) are a large part of ESA’s ARTES (Advanced Research in Telecommunications Systems) programme, and allow industry to take on greater risk in order for Europe to reap the benefits of advanced satellite technology. This results in greater and more ambitious projects that provide maximum benefit with minimal cost and risk to the European taxpayer. 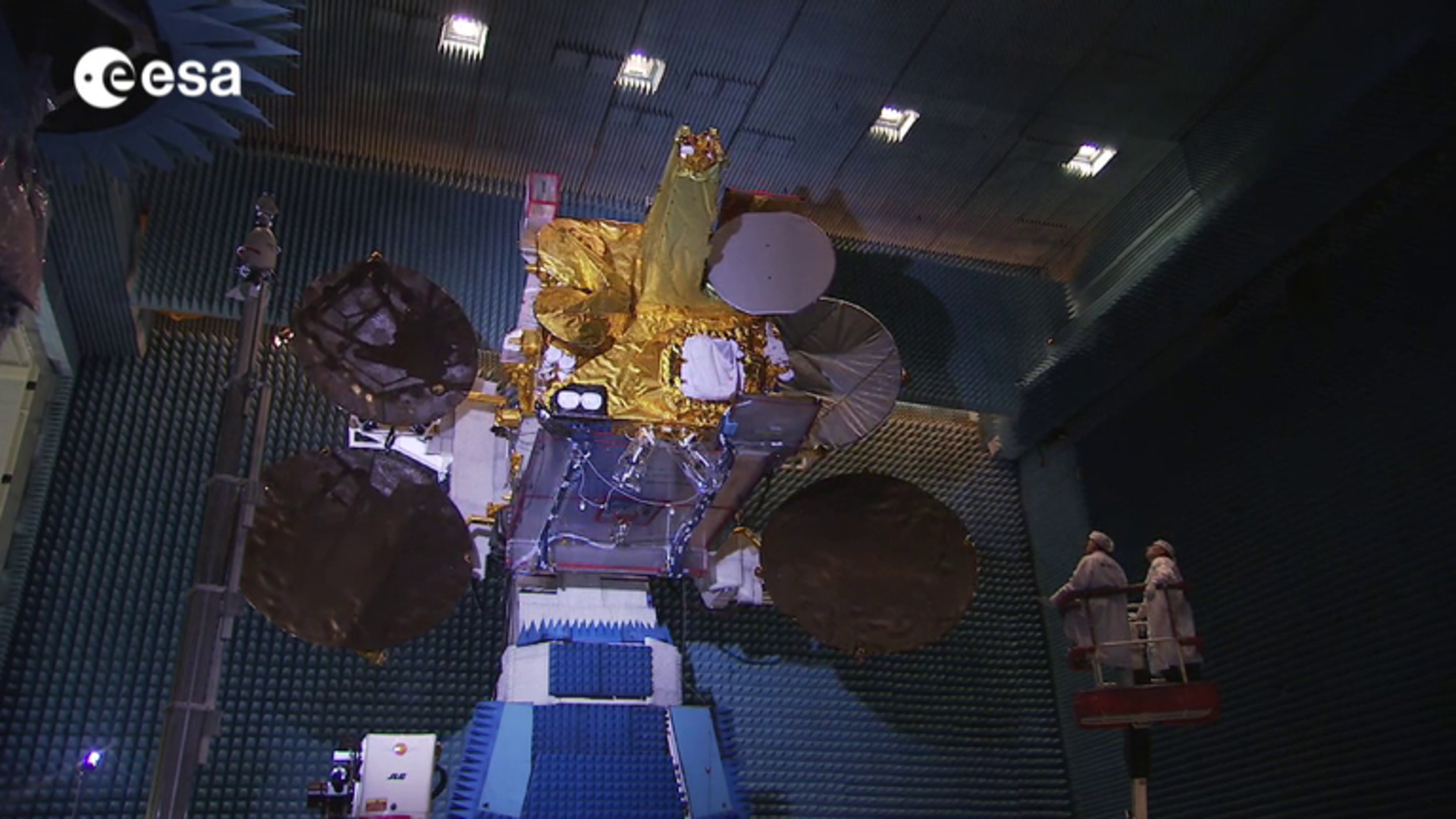 The EDRS ARTES element is a particularly ambitious programme because it encompasses an entire cutting-edge space and ground infrastructure, as opposed to a single satellite. This means there are many partners contributing different kinds of expertise to the project.

Aside from PPP prime Airbus, the DLR German Aerospace Center also has a big role in the development of EDRS.

DLR has been supporting research and development into optical technology since the 2000s. With their backing, TESAT-Spacecom has been perfecting the laser terminal design for years.

EDRS-A is the first element in space. It is carried on the Eutelsat-9B commercial telecom satellite, owned by Eutelsat.

Eutelsat-9B expands and diversifies Eutelsat’s 9° East location for high-growth video markets across Europe. It is based on the Eurostar E3000 platform family.

Aside from the TESAT laser communication and Ka-band intersatellite link terminals that make up EDRS, the EDRS-A package also includes the ASI Italian space agency ‘opportunity payload’. This operates independently from EDRS in Ku-band, and provides broadcasting services over Italy.

EDRS-C, built by OHB, is a satellite dedicated to the European Data Relay System. It is fitted with the same optical terminal as EDRS-A.

It will also carry an independent payload: Avanti Communications’ Hylas-3 package. Hylas-3 is a follow-on from the last ESA–Avanti cooperation project Hylas-1, which was launched in 2010. Hylas-3 will have a steerable multibeam antenna to provide communications for institutional and international customers.