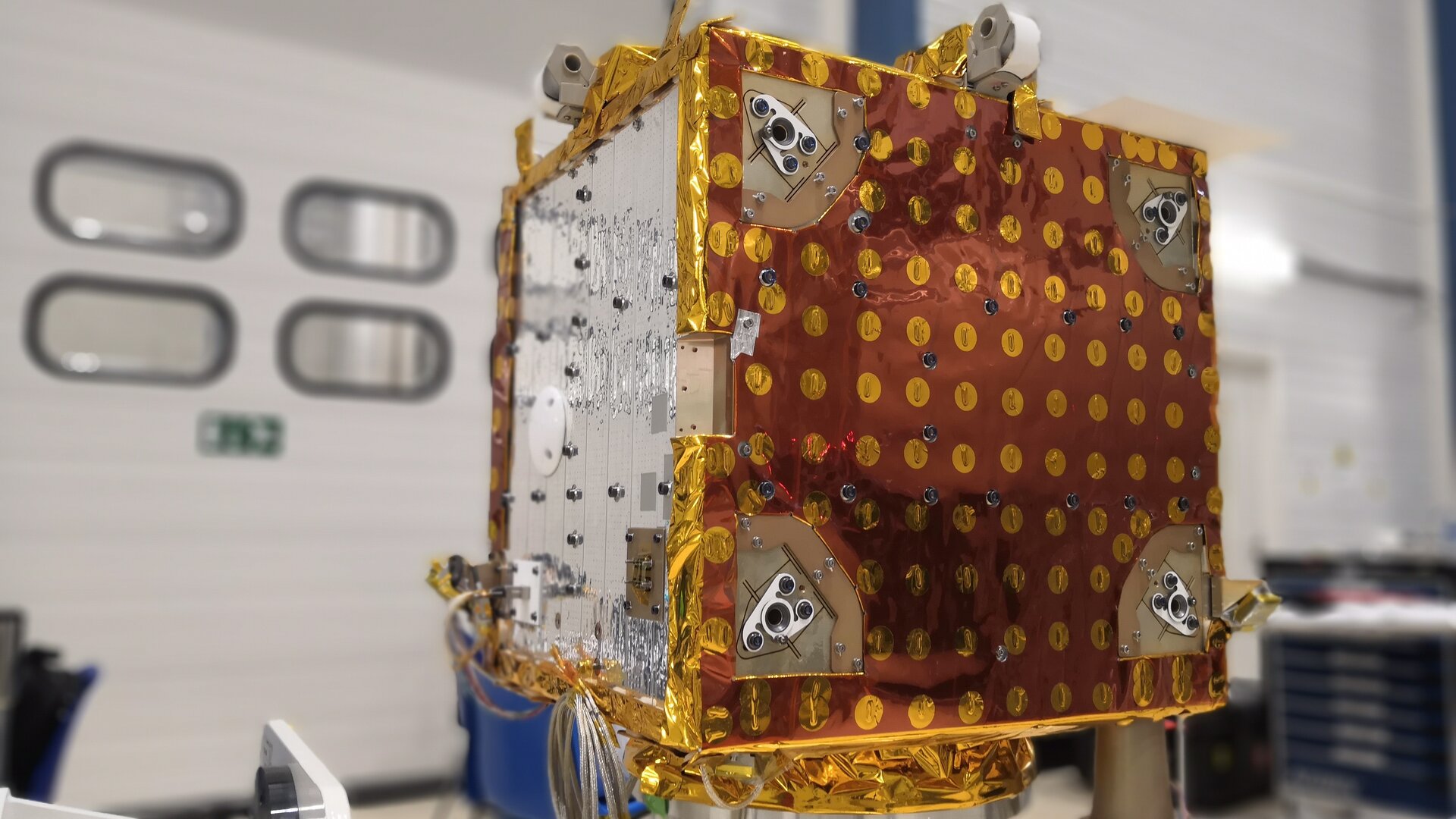 The ESAIL microsatellite developed under ESA’s programme for tracking ships at sea is going through its final tests ahead of launch.

ESAIL has successfully completed its environmental testing campaign, which was performed in just five weeks in the specialised facilities of Centre Spatial de Liège in Belgium.

The satellite was exposed to mechanical vibrations simulating the violence of a rocket launch, as well as to the extreme temperatures and vacuum similar to those it will experience in its near Earth orbital environment.

The solar generators and antennas were also deployed to confirm the mechanisms performance after the rough mechanical and thermal vacuum test.

This achievement was possible thanks to the close cooperation between delegations, industry and the ESA teams.

ESAIL is due to be launched in September, in a Sun-synchronous orbit at an altitude of more than 500km on Arianespace first Vega rideshare flight from Europe’s spaceport in Kourou, French Guiana.

ESAIL is an ESA Partnership Project with the Canadian operator exactEarth, built by LuxSpace, together with the Luxembourg Space Agency and other ESA member states.