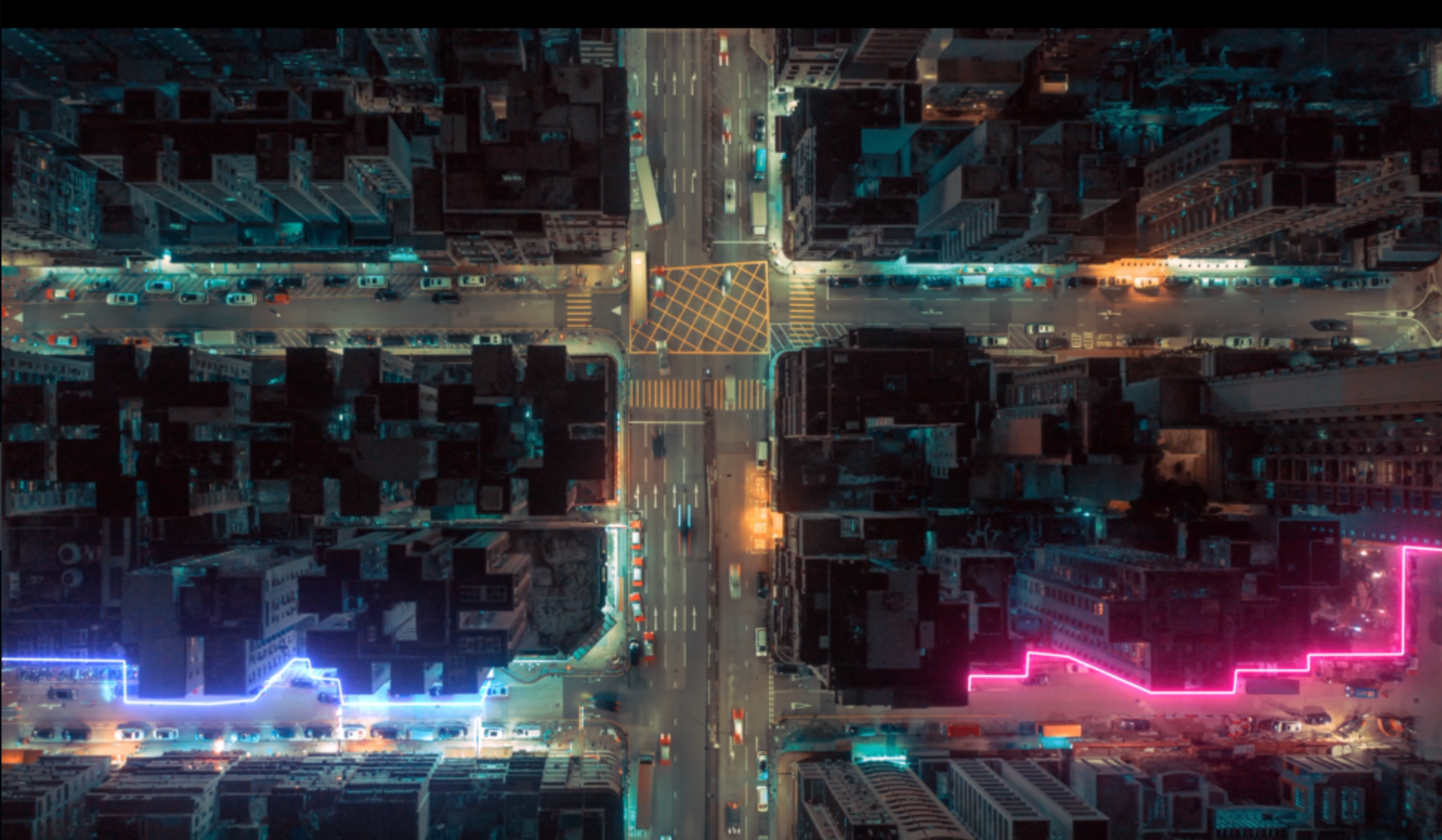 Some 25 000 people from 700 cities in 140 countries attended the events, where ESA showcased the work of dozens of the companies it is working with on smart city projects.

Online shoppers could take delivery of their groceries and other goods via clean and efficient driverless cars that travel from an out-of-town depot to their front doors, thanks to space-enabled technology.

Tourists could see the city sights by taking a ride in a continuously connected driverless car linked to both terrestrial and space-based communications networks that constantly update information on traffic congestion, pollution levels and health warnings.

At the Smart City Expo World Congress in Barcelona on 19-21 November, delegates sat in a driverless car and donned virtual reality headsets to get a taste of what it might be like to be chauffeured though urban and rural areas in an autonomous connected vehicle.

The car is part of the Darwin project, which is being developed in a partnership between ESA, Telefonica UK, a satellite operator, the universities of Oxford and Glasgow and several other start-up companies.

Integrating the ubiquity and unprecedented performance of satellites with terrestrial 5G networks is fundamental to the future success of Darwin.

Daniela Petrovic of Telefonica UK, who founded Darwin, said: “Darwin is connected all the time to terrestrial or satellite networks, and relies on a terminal to allow seamless switching between the networks.

“We are hoping to inspire people to think about the various uses of autonomous connected vehicles for transport, logistics, infrastructure and tourism."

As well as enabling mobility for smart cities, ESA is also examining the role of space in the urban environment.

Developers are working on how to use unmanned stratospheric vehicles for environmental applications over cities.

César Martinez of Smart HAPS – a start-up company based at the ESA business incubation centre in Madrid – is devising how best to use high-altitude platforms to complement satellite monitoring of the urban environment.

Instruments on these remote sensing platforms could provide continuous coverage of the city for months at a time and, unlike satellites, they could also be recovered for maintenance and updating.

“Our idea is to focus on cities because there are a lot of potential users – more than half the world’s population live in cities and that is predicted to keep rising,” he said.

“Cities have some problems related to the increase in population and the growth of waste and emissions. We need more and more sources of information to take informed decisions.”

The agency also highlighted how Earth observation can efficiently monitor the urban environment, including the mapping and monitoring of human settlements, the modelling of city growth and urban climatology including the heat islands that are created in cities and the challenges of urban air quality.

Zina Mitraka, a research fellow at the Remote Sensing Lab of the Foundation for Research and Technology Hellas in Heraklion, Greece, is integrating data from various instruments aboard Earth observation satellites to better inform urban life.

“Resilience has become an important necessity for cities, particularly in the face of climate change. Earth observation assets can provide key information on urban climate to planners, stakeholders and policymakers, enabling them to examine the existing situation and monitor the performance of planning interventions.

Some of the ideas for more environmentally friendly urban life come from ESA’s human spaceflight programme. The closed-loop ecosystems being developed to recycle waste to produce oxygen, water and food for future astronauts could be modified to create clean water from city waste, for example.

Other possible overlaps include autonomous navigation of rovers that could also be applied in cities, precision landing, 5G connectivity and artificial intelligence.

ESA also took part in the Slush event for tech entrepreneurs that took place in Helsinki on 21-22 November.

Many of the start-up companies that exhibited at both events are supported through ESA’s business incubation centres, which help entrepreneurs to turn space-connected business ideas into commercial companies by providing technical expertise, business-development support, initial start-up funding and network-access to potential partners and investors.

ESA’s business incubation centres form the world’s largest ecosystem for space-related entrepreneurship and support 180 start-up companies each year. More than 800 new start-ups have so far been fostered through the network, which has operated since 2004.

About a dozen companies based at business incubation centres in Finland, Norway, Sweden and Switzerland showcased their work at the Slush event.

And ESA’s Business Applications and Space Solutions division is opening calls for proposals for smart cities subjects, providing the opportunity for funding and support.

Donatella Ponziani, Downstream Gateway Officer at ESA who has responsibility for identifying how ESA can help build smart cities, said: “ESA has already a relevant position in the smart cities ecosystem, with a portfolio of activities ongoing or planned in support.

“Considering the constant growth both from a geographical and economic point of view, ESA is willing to further reinforce its positioning in this sector.

“We welcome responses to ESA’s call for ideas for space-enabled products, services and applications for a smart city.”