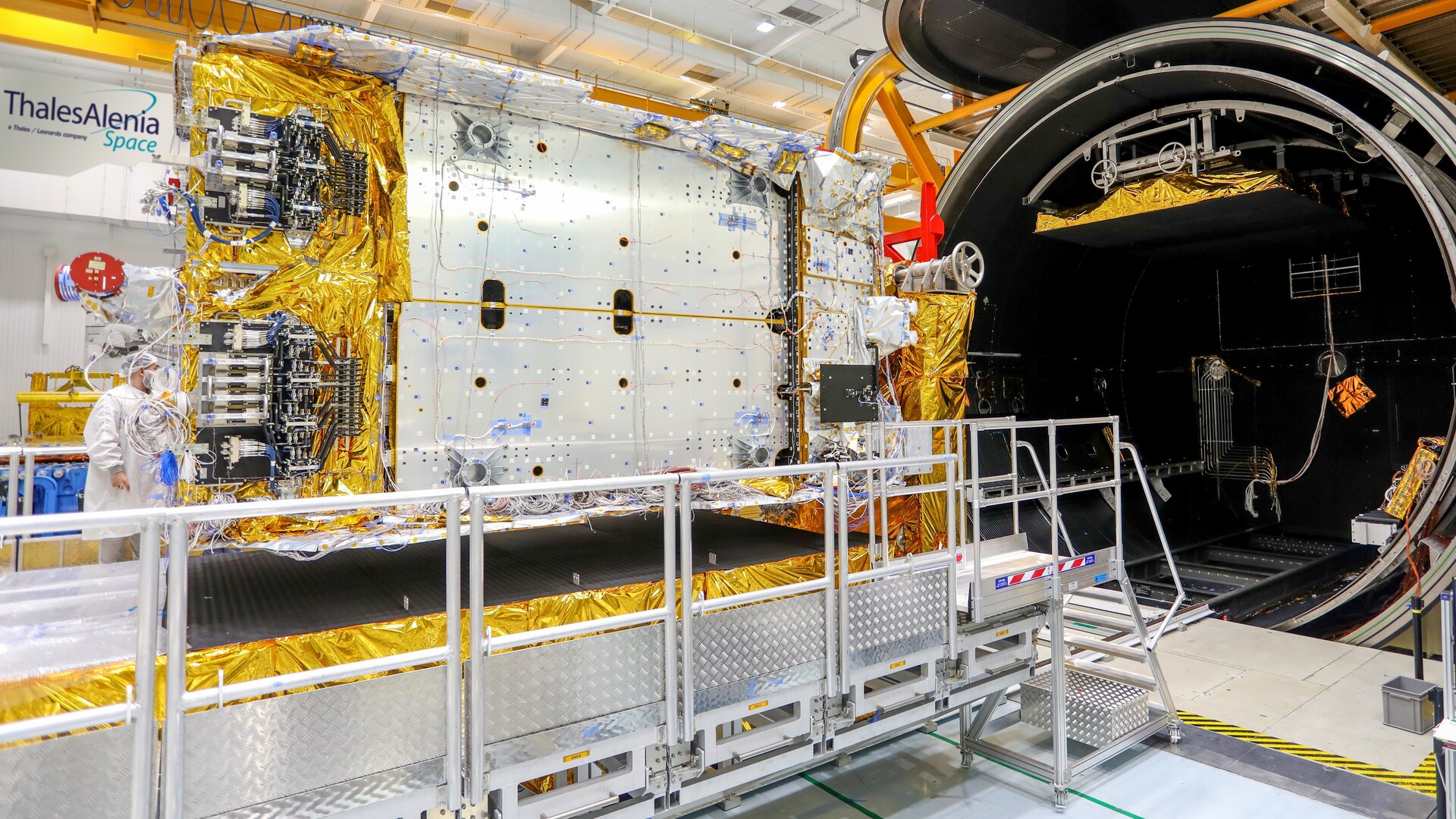 The thermal vacuum test campaign of the first Spacebus Neo satellite was completed on 25 June. Less than 100 metres from the Mediterranean Sea, the Konnect satellite has spent the past six weeks being exposed to the cold emptiness of space.

These enormous test chambers, which can be cooled to minus 180 Celsius, are designed to accommodate an entire spacecraft and effectively replicate the extreme thermal conditions that will be experienced in orbit.

This complex end-to-end test is critical for the development of the Spacebus Neo product line and will allow the validation and fine tuning of the mathematical simulation tools needed to design the thermal management systems of future missions.

ESA’s Partnership Projects form part of its programme of Advanced Research in Telecommunications Systems (ARTES) and maximise the benefits to industry thanks to the efficient co-management between the agency and industry.

Final assembly of the Konnect satellite will continue over the coming weeks, including the installation of solar arrays and the large payload antennas. Once complete, it will be mechanically tested to demonstrate that the satellite can withstand the rigours of launch.

The Spacebus Neo product line is developed in the frame of ESA’s ARTES programme and the French PIA (“Programme d’Investissement d’Avenir”), in cooperation with space agencies from ESA Member States, and managed jointly by ESA and the French Space Agency, CNES.

The Neosat programme comprises both Spacebus Neo by Thales Alenia Space and Eurostar Neo by Airbus. It includes development up to in-orbit validation of the new satellite product lines for both companies, allowing European industry to deliver competitive satellites for the global commercial market.