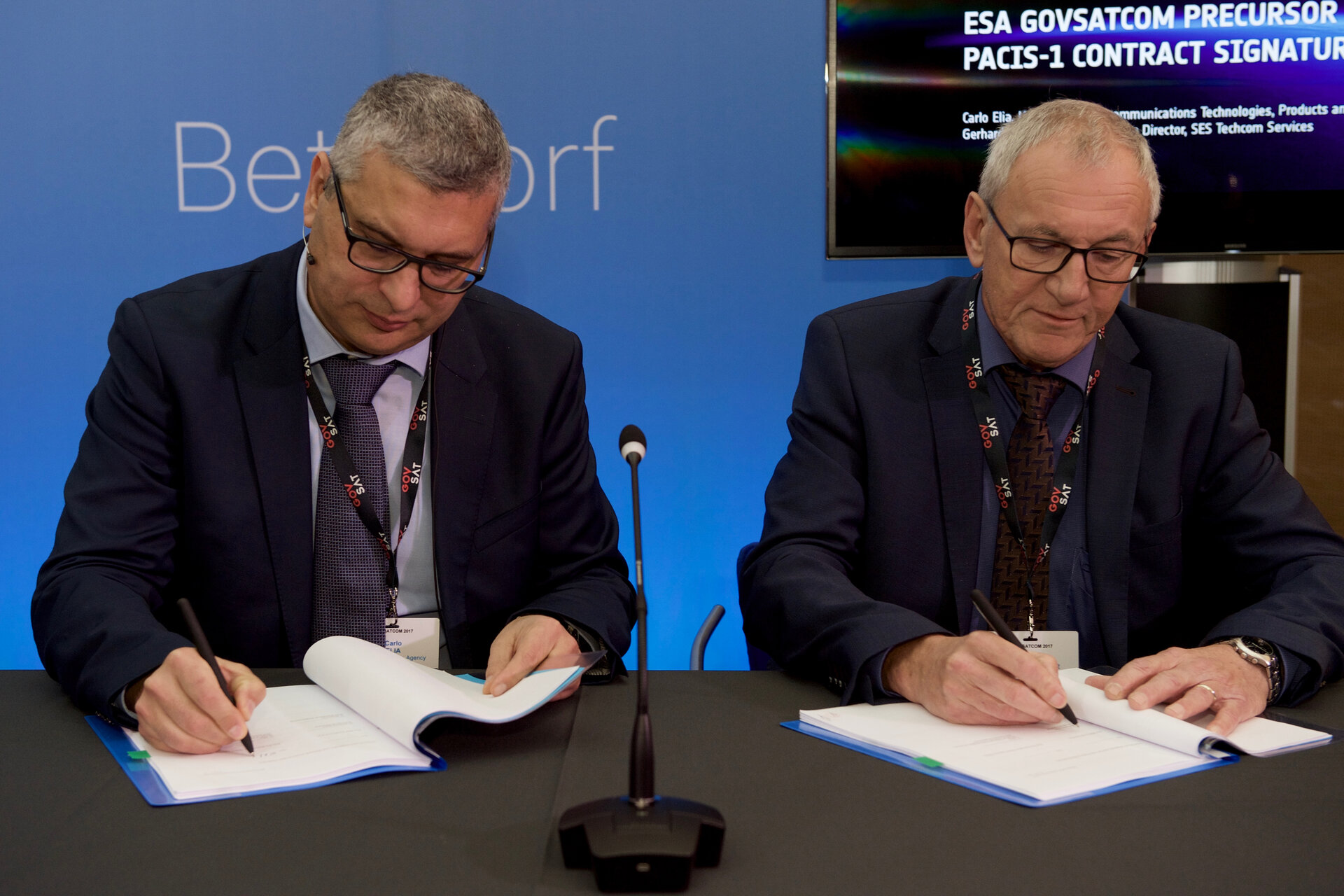 Today, ESA and an SES-led European consortium agreed to join forces to set up a new platform that will make secure and affordable satcoms available to public users, as part of a Europe-wide push to help governments get the most out of existing systems and services.

They may, however, find themselves unable to use these vital systems and resources owing to national networks being overloaded or damaged. Connectivity and access is not always guaranteed and can come at a high financial cost.

To help solve this problem, satellite operator SES, together with industrial partners Redu Space Services, LuxGovSat, Newtec, QinetiQ and Tekever, have joined ESA’s Govsatcom Precursor programme to develop an element of a future new ‘system of systems’ for governments.

Pacis-1 includes a hub in Redu, Belgium, that will pool Pacis-1 satcom resources from commercial and governmental satellite systems to demonstrate that public users have guaranteed and cost-efficient access to secure satellite communications when needed.

The Pacis-1 architecture will assign ground and space segment resources according to the user’s need. Over the course of the next two years, the consortium will organise dedicated demonstrations to show how the system can improve the safety, responsiveness and efficiency of government missions.

One such demonstration will simulate the use of camera-equipped drones and vehicles to monitor borders. The high-resolution images they gather will be encrypted, transmitted over satellite and disseminated to the field operators in the governmental headquarters, all through Pacis-1.

In addition, LuxGovSat, a joint venture between the government of Luxembourg and SES, will complement the existing resources.

LuxGovSat’s first satellite, GovSat-1, will be launched in early 2018, and operate in X-band and Military Ka-band to provide secure and assured Government services for EU and NATO. 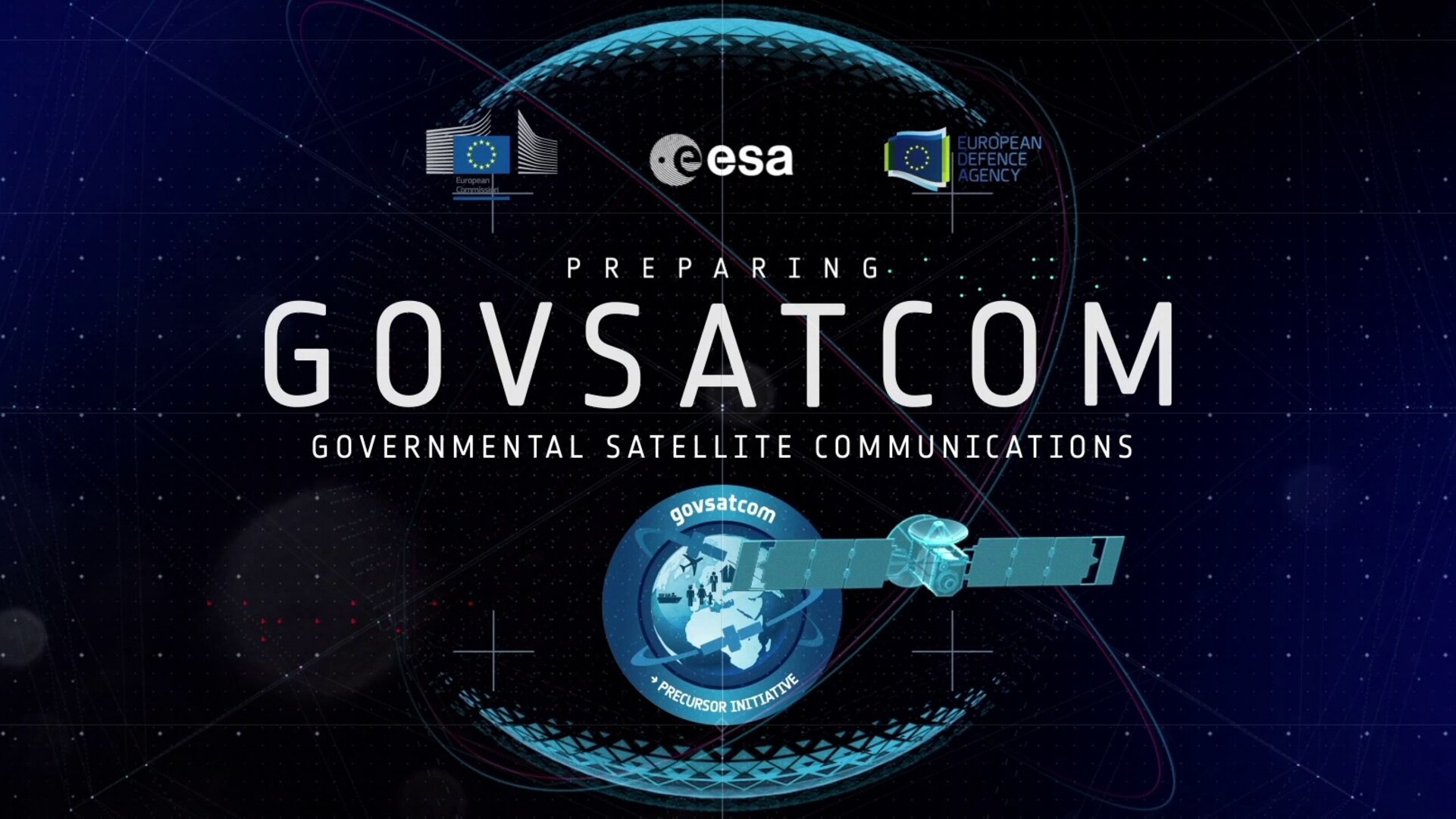 ESA’s Govsatcom Precursor projects, including Pacis-1, are the first steps to demonstrate how European space industry can support the future EU Govsatcom initiative, developed under the lead of the EC.

ESA’s Govsatcom Precursor consists of several Pacis projects based on public–private partnerships with all major European satellite operators and service providers. Seven projects, Pacis-1 to -7, are being set up as part of a future federation of demonstration projects in the 2017–20 timeframe. The ESA programme will be implemented in synergy with the Govsatcom pooling and sharing demonstration programme by the European Defence Agency.

These projects are called Pacis after the Ara Pacis Augustae, an altar in Rome dedicated to the Roman god of peace, Pax.