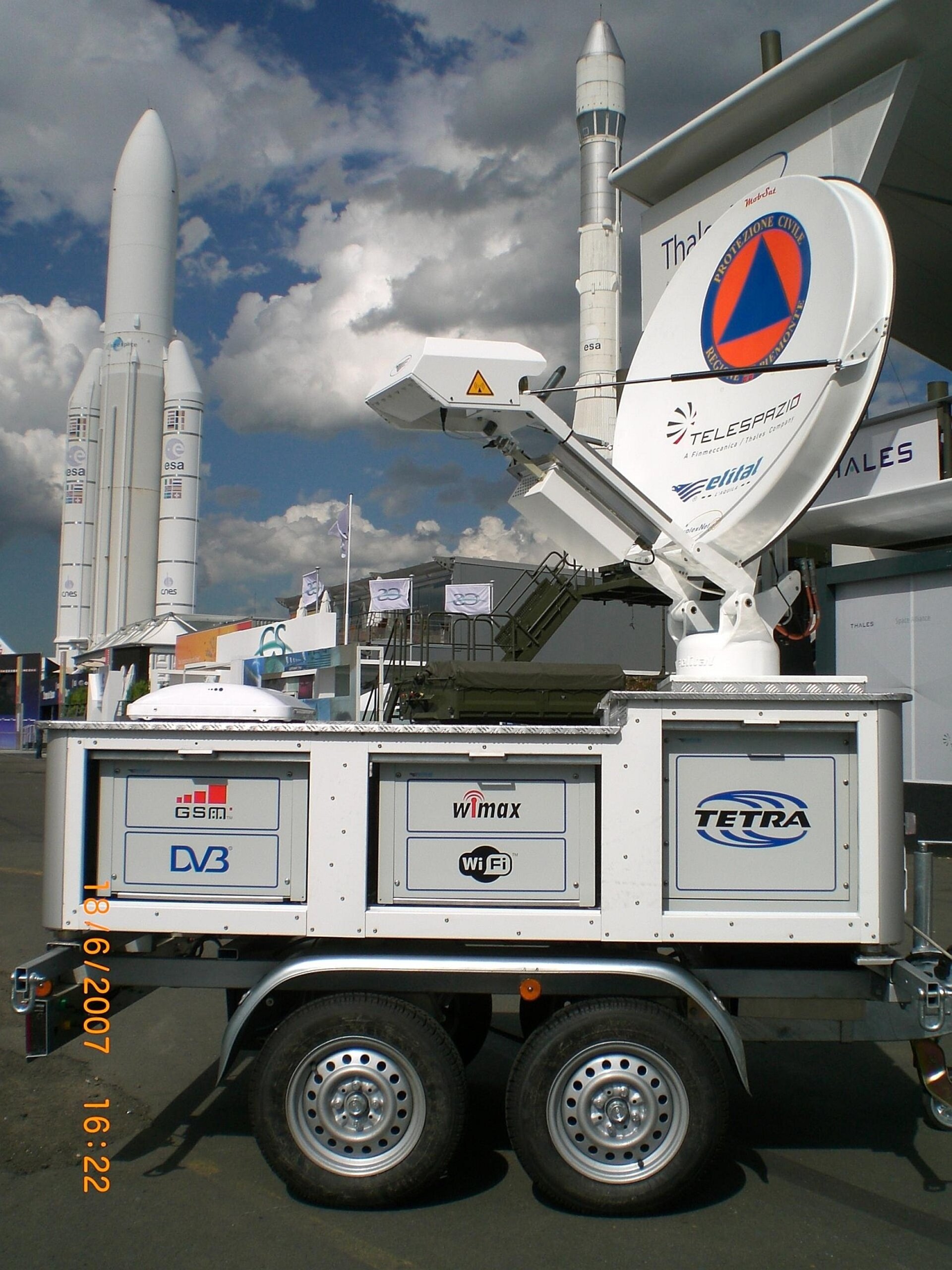 Skyplex, a technology for combining multiple data uplinks into a standard digital video broadcast downlink – on board a telecommunications satellite, was co-developed by ESA under its Advanced Research in Telecommunications Systems (ARTES) programme. It is being used to create a broadband satellite telecommunications system for the Italian civil protection department.

The Dipartimento della Protezione Civile (Italian Civil Protection Department) has signed an agreement with Telespazio, a Finmeccanica/Thales company, to use Skyplex to create and manage the Italian satellite backbone for broadband communications to be used during emergencies. The agreement was signed on 21 June in Rome.

This important agreement will see the launch of an advanced telecommunications initiative in the security field, using cutting-edge technology and entirely developed and implemented in Italy by Thales Alenia Space, as part of an ESA project.

The satellite backbone will be managed by a primary service centre located in the emergency control room of the Italian Civil Protection Department in Rome, and will interconnect emergency centres of the regional civil protection service spread throughout the country.

The network will also be equipped with a special mobile satellite communications system that can be transported by land or helicopter. This will enable wireless and satellite connections between the emergency control rooms and any theatre of operations.