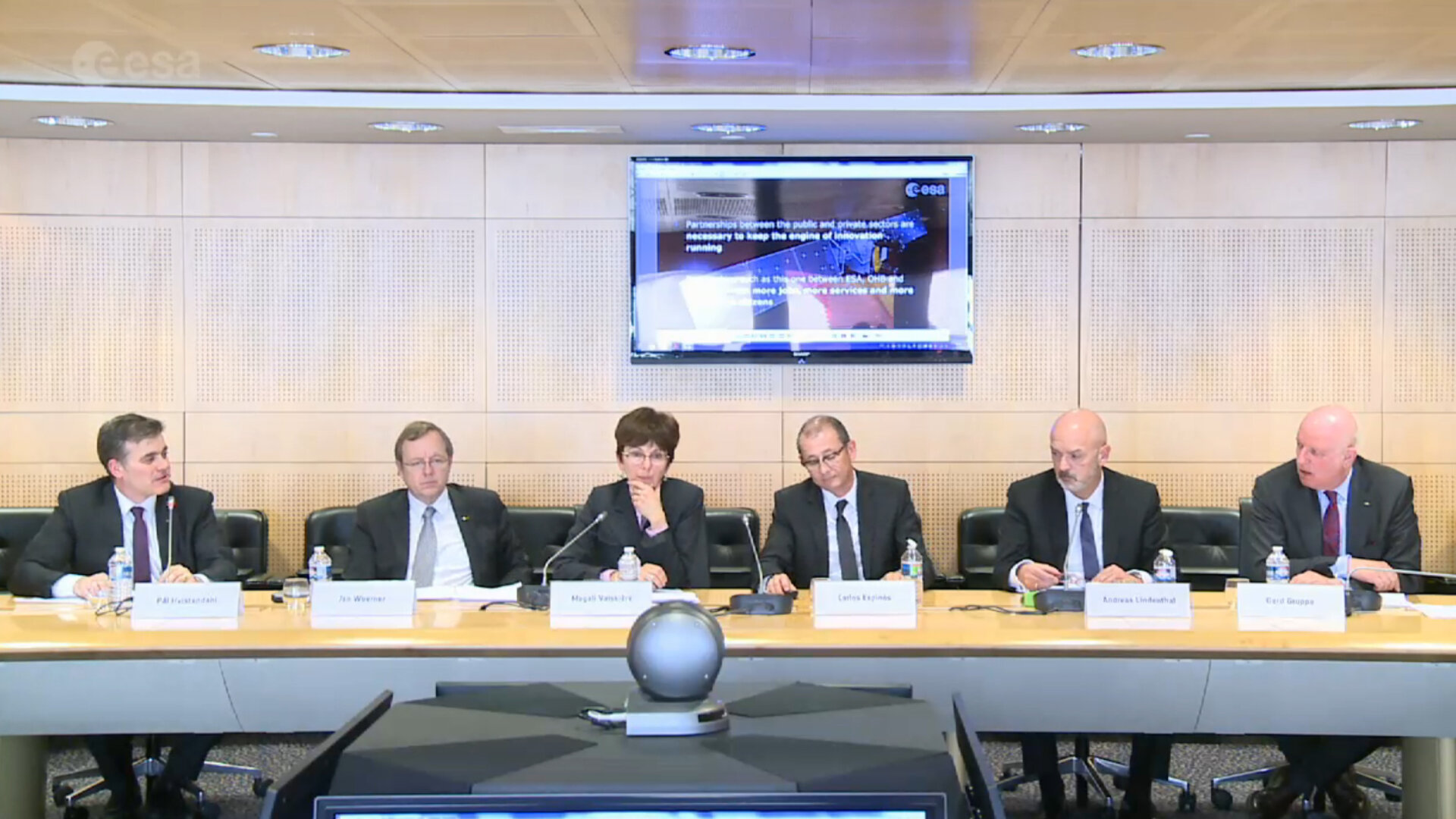 A special media briefing on SmallGEO and its first flight took place on Wednesday 18 January, at ESA HQ in Paris, following on from Director General Jan Woerner's annual meeting of the press.

Hispasat's Hispasat 36W-1 will be the first satellite to use the SmallGEO platform, marking the first partnership between ESA and a Spanish operator. It is set for launch in the early hours of 28 January (CET) from Europe's Spaceport in Kourou, French Guiana.

The briefing was shared by the Director General and the Director of Telecommunications & Integrated Applications, Magali Vaissiere. Speakers included Carlos Espinós, Hispasat CEO, Andreas Lindenthal, of OHB System AG's Management Board and Gerd Gruppe, Director of Space Administration at the DLR German Aerospace Center. It was followed by a Q&A.