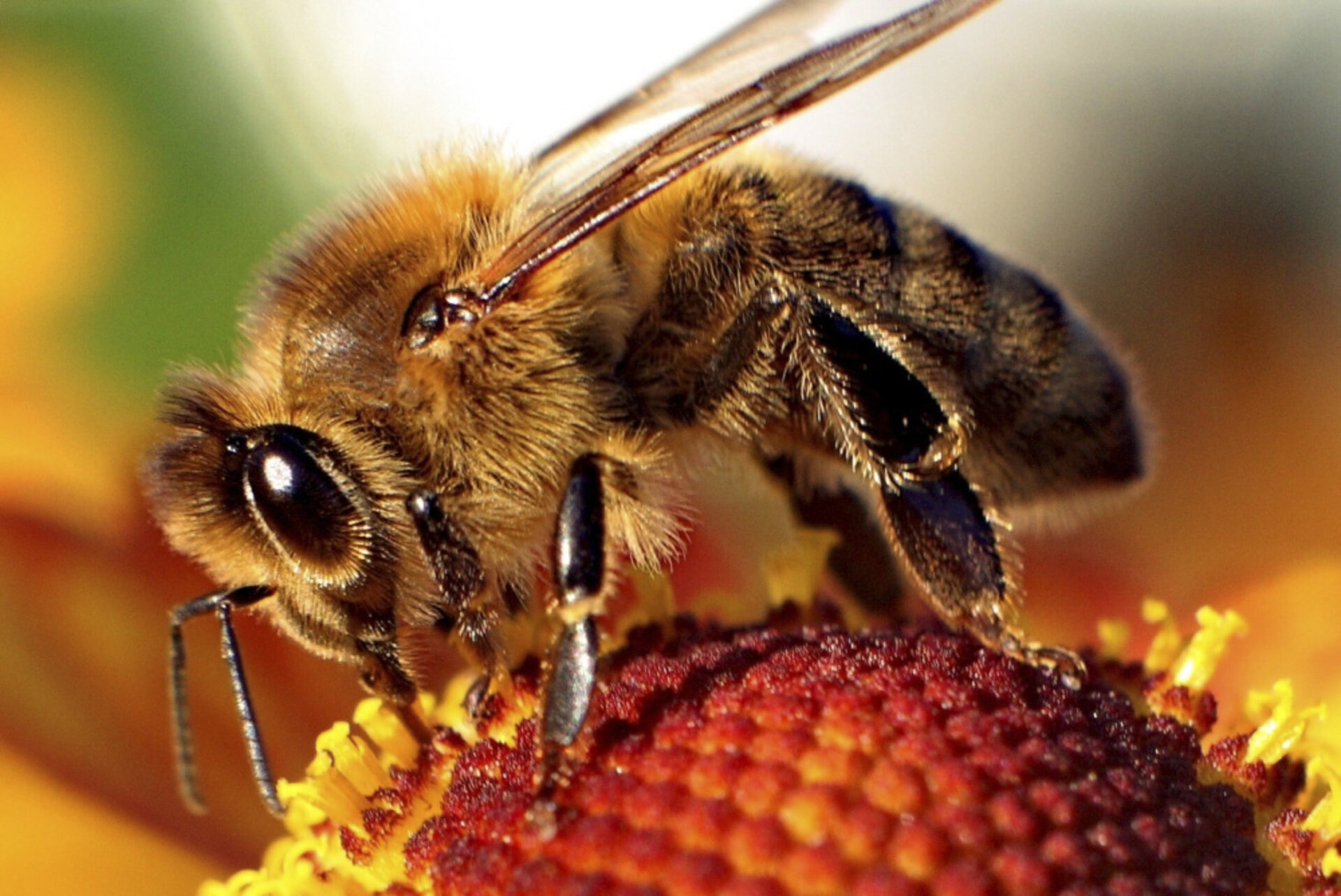 A laser device developed in the hopes of measuring carbon on Mars may soon be used here on Earth to root out counterfeit foods – and make sure that honey, olive oil and chocolate are what they claim.

A cheap fake honey concocted from sugar would be unmasked simply by laser-scanning the carbon dioxide released from burning a few milligrams.

Seven years ago, the Rutherford Appleton Laboratory – RAL – in England embarked on a ‘blue sky’ space research project to develop a new laser technique for identifying isotopes in space.

Today’s equipment is large, bulky and stationary. Samples of, say, polluted soil must be collected in the field, put in a flask and brought to the lab for testing – clearly unsuitable for space testing.

But the new laser ‘isotope ratio-meter’ from RAL Space could change that.

Thanks to its small, lightweight, robust, highly accurate lasers, the device could be sent into space to look for trace amounts of gas in very small samples.

“You take a laser, whose optical frequency or ‘colour’ can be continuously adjusted, beam it at a gas sample, and detect the level passing through the gas,” explained Dr Damien Weidmann, Laser Spectroscopy Team Leader at RAL Space.

As the laser colour changes, the light passes straight through the sample until it reaches a particular frequency, specific to the isotopic gas, that is partially blocked.

“Each molecule, and each of its isotopic forms, has a unique fingerprint spectrum. If, on the other hand, you know what you are looking for, you can simply set the laser to the appropriate frequency.”

Further, the proportions of different isotopes tells us about the history of the formation of the molecule.

“I wanted to develop this to help gather evidence as to whether or not there was life on Mars,” explained Dr Weidmann, adding that methane in the martian atmosphere is not fully understood, and looking at carbon isotopic ratios can help to identify its origin.

“If it’s bacterial in origin, it would mean a form of life occurred on Mars.” 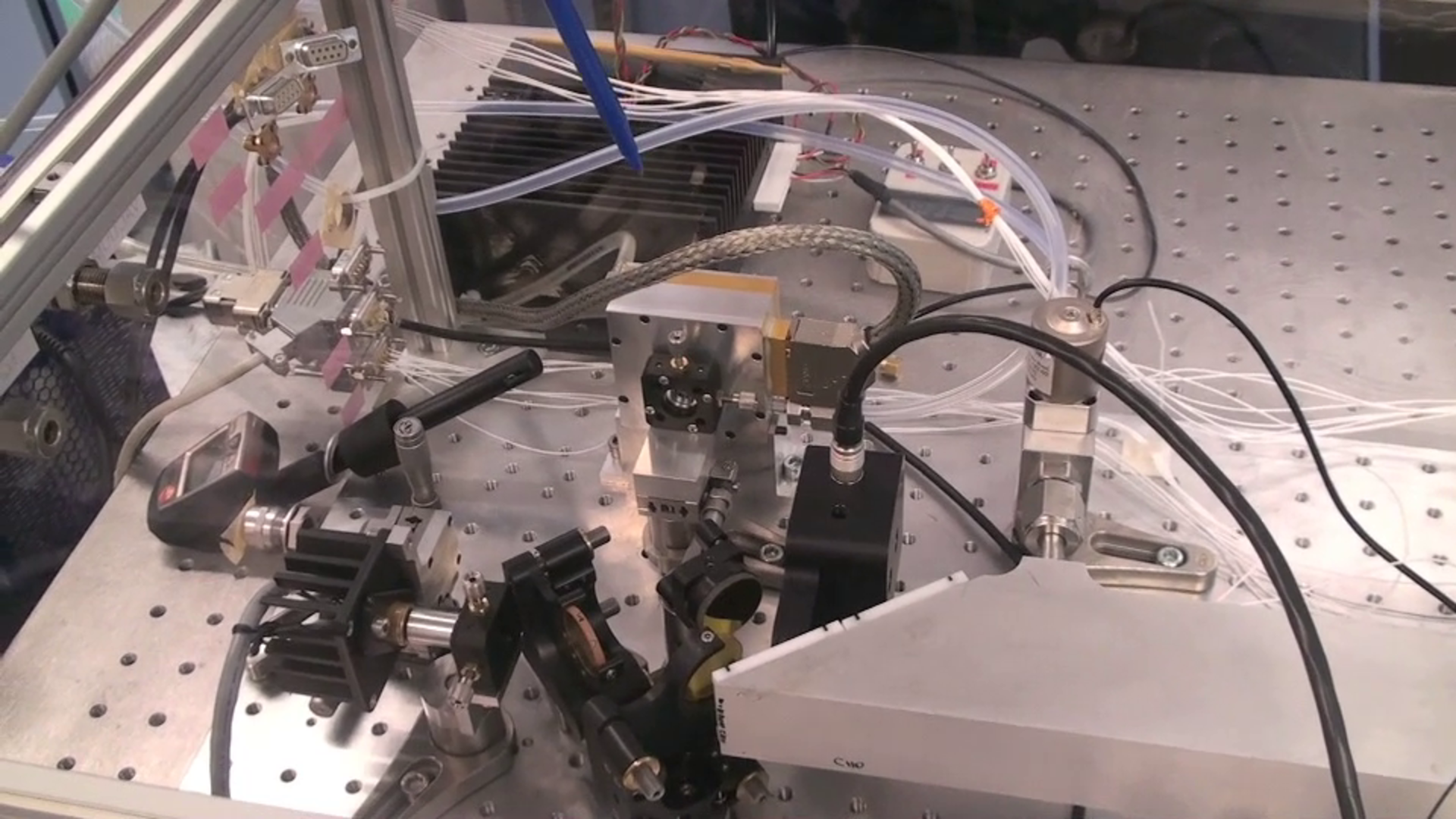 While not yet used in space, the approach may soon be used on Earth. Thanks to funding from ESA for a Technology Transfer Demonstration project, the potential of the technology was demonstrated and pursued.

“One thing is to develop novel technology for a specific space scope. Another is to turn it into a viable system for use on Earth, in a completely different field and with different requirement.

“The demonstrator project made it possible for us to prove its potential and to attract the interest from a company that could take it and use it for a specific application on Earth.”

“Although the instrument was not developed in time for Aurora, there are future missions that it would be applicable for.

“Instead, now taking the technology developed for planetary exploration down to Earth, it has turned out that it can provide interesting new methods for diagnostics based on analysis of carbon isotopes as one would look at in space.”

RAL Space then teamed with UK company Protium MS to develop a small portable device that will probe for counterfeit foods.

“You take a food sample – a few milligrams of olive oil, chocolate, wheat or whatever – and you burn it,” said Dr Weidmann. “As the sample burns, it releases carbon dioxide you test with the laser instrument.”

With the information gleaned, “You will know, in the case of olive oil, if it genuinely comes from Sicily or if it is a counterfeited fake.”

“Honey is the classic example,” said Protium’s director, David Bell. “It’s an expensive product to buy, but you can create a counterfeit product that looks very similar using sugar instead of bees.”

He adds that, in the future, this mechanism could be used to test food health and safety: “All indications are that lasers will be used more and more because they are so small and light. And the tests can help identify the geographical origin of food products and identify counterfeits with high accuracy.”

The main mission of ESA's Technology Transfer Programme is to facilitate the use of space technology and systems for non-space applications, demonstrating the benefit of the European space programmes to the citizens.

TTPO is responsible for defining the overall approach and strategy for the transfer of space technologies and systems, including the incubation of start-up companies at ESA’s seven Business Incubation Centres in the Netherlands, Italy, Germany, the UK and Belgium.

TTPO has initiated as a limited partner the Open Sky Technology Fund, a €100 million venture fund that invests in start-ups using space technology.