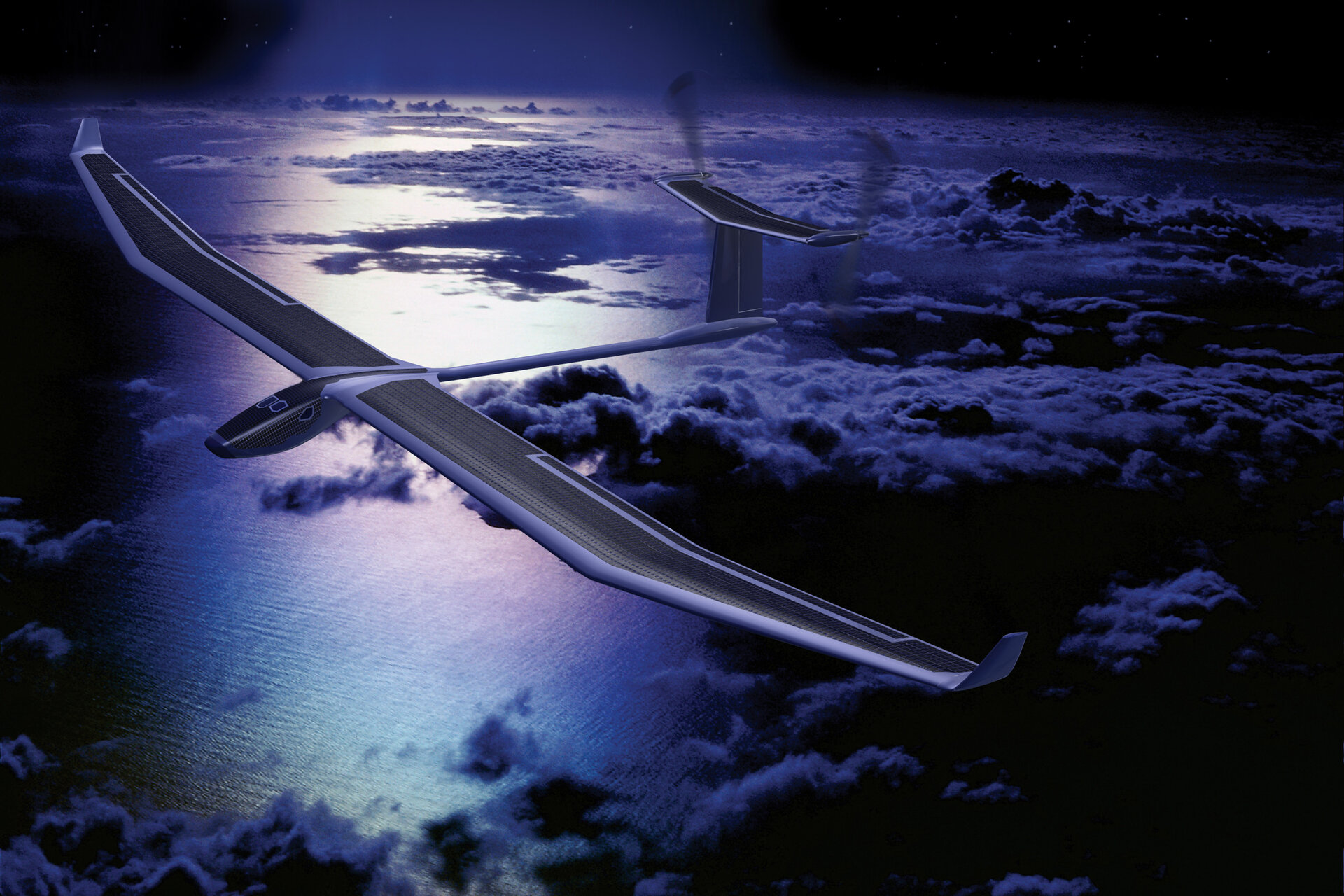 ESA's Technology Transfer Programme is to supply state-of-the-art technologies to assist adventurer Bertrand Piccard's flight around the world in a single-pilot solar-powered aircraft, as the ultimate demonstration of the potential for pollution-free flight.

Back in 1999 Piccard and co-pilot Brian Jones were the first people to balloon around the world non-stop. Piccard has now launched Solar Impulse to repeat his global circumnavigation, this time in a pollution-free solar-powered aircraft.

This ambitious project is being presented at the '32nd International Exhibition of Inventions, New Techniques and Products' to open in Geneva, Switzerland, this week.

The proposed aircraft resembles a glider, but with a mammoth 70-metre wingspan, exceeding that of a Boeing 747. Completely covered by solar cells and equipped with possibly two tail-mounted propeller engines, the plane will be capable of unassisted take-off and will carry the necessary batteries for night flying.

Several domains have already been identified where European space expertise could provide leading-edge technologies: they include batteries and solar cells, energy management systems, ultra-light composite structures and monitoring systems to check the health of the pilot.

The sky's the limit for sustainable development

For the Solar Impulse project, Piccard is again teaming up with Brian Jones, his co-pilot aboard the record-breaking Breitling Orbiter 3 balloon five years ago. He has appointed engineer and pilot André Borschberg as project manager and third pilot of the team.

"The challenge this time is to influence the history of air transportation by exploiting new technologies that satisfy the demands of our era for sustainable development and the use of only renewable forms of energy," Piccard explains.

ESA's Technology Transfer Programme is providing technological support while the Swiss Federal Institute of Technology (EPFL) in Lausanne is the 'Official Scientific Advisor' of the project.

"The primary source of energy on our satellites is the Sun, as for Piccard's plane," says Pierre Brisson, Head of ESA's Technology Transfer Programme. "We have developed some of the world's best solar cells and advanced energy storage and power management systems, all key technologies onboard our spacecraft. They will be a good starting point for Piccard's effort."

The EPFL institute has just completed a feasibility study for the project analysing existing technologies. Yves Perriard, director of EPFL Integrated Actuators Laboratory and one of the lead scientists of the study, confirmed: "We know that it is possible to create a structure completely powered by the Sun." EPFL was an obvious choice for this study. The institute conducted the thermodynamic research for the successful Piccard-Jones 1999 balloon flight and is the official scientific advisor to the Swiss Alinghi sailing team, current holder of the American Cup.

100% solar powered at 10 km altitude, flying round the clock

The Solar Impulse solar-powered aeroplane must keep above the clouds to capture all available sunlight, at an altitude of 10 000 to 11 000 metres, where the temperature is around –55°C.

Its cockpit may have to be pressurised for longer missions and its construction will require the use of the latest technologies in ultra-light materials. The most important challenge will be to build the large aeroplane with a very lightweight structure capable of carrying sufficient batteries for night flight.

The electrical requirements pose another key engineering challenge – how to store sufficient solar power during the day to continue the flight throughout the night.

Perriard explains: "It is really a war against all the losses in the power system from solar cells to the motors."

The EPFL study says that current off-the-shelf lithium-ion batteries provide just under 200 watt-hours per kilogram (Wh/kg), enough to support a single-pilot plane, while a two-pilot solution would require a capacity of at least 300 Wh/kg.

The plan is to design and construct the first prototype aircraft in 2004-2005, with initial test flights in 2006. The next step is to complete night flights in 2007, initially at least 36 hours including one full night. From then on flying lengths are to be increased. . Innovative solutions will be required to store the necessary food and water while reduce weight to a minimum – familiar problems for ESA engineers designing space missions.

When will the Solar Impulse fly around the world, non-stop? "It is planned to cross the Atlantic in 2008 and fly around the world with stop-overs in 2009," says André Borschberg, "To fly around non-stop depends very much on how quickly we will have higher energy density batteries…but not before 2009."