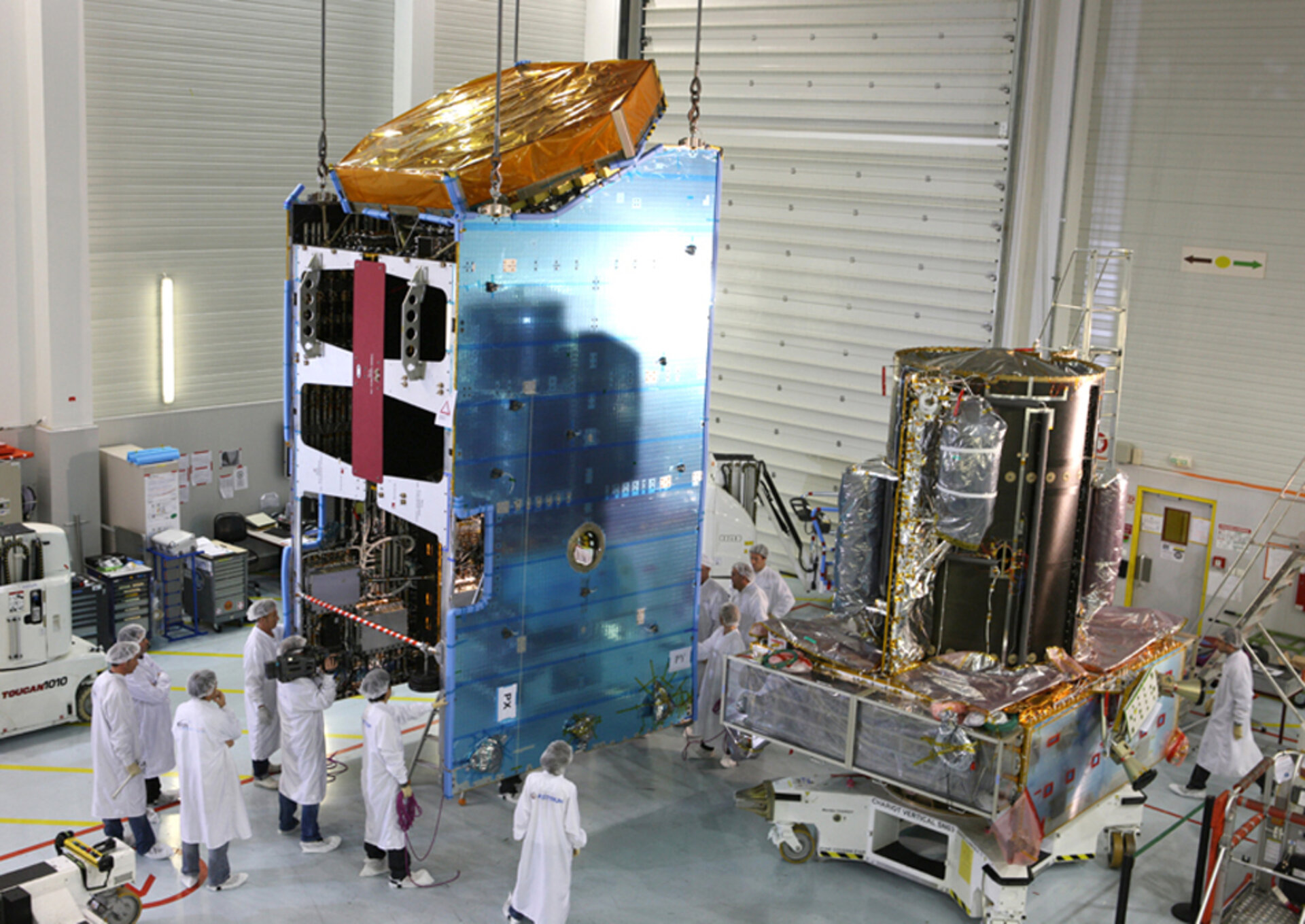 The Alphabus platform, developed by Astrium and Thales Alenia Space under a joint ESA and French space agency (CNES) contract, is Europe’s coordinated response to the increased market demand for larger telecommunication payloads.

A wide range of commercial payloads to provide TV broadcast, broadband multimedia, Internet access and mobile and fixed telecommunication services can be accommodated on Alphabus. Inmarsat’s Alphasat, developed in partnership with ESA, will be the platform’s first mission.

The Alphabus service module was mated Tuesday with the Alphasat communications module at the Astrium facilities in Toulouse.

Alphabus is now on the commercial market to accommodate missions requiring up to 18 kW of payload power. Improvements will extend the range up to 22 kW.

Alphasat is the first satellite to use the Alphabus platform. It carries a new generation of advanced geomobile communications payload to augment Inmarsat’s Broadband Global Area Network service, enabling communications across Europe, Asia, Africa and the Middle East with increased capacity.

“The Alphabus/Alphasat Programme is a prime example of a public–private partnership, our new way of working that ESA is pursuing in telecoms,” said Magali Vaissiere, ESA Director of Telecommunications and Integrated Applications. “Such initiatives in partnership with satellite operators will foster the development of state-of-the-art technologies to serve the new needs of the worldwide market and Europe’s citizens.”