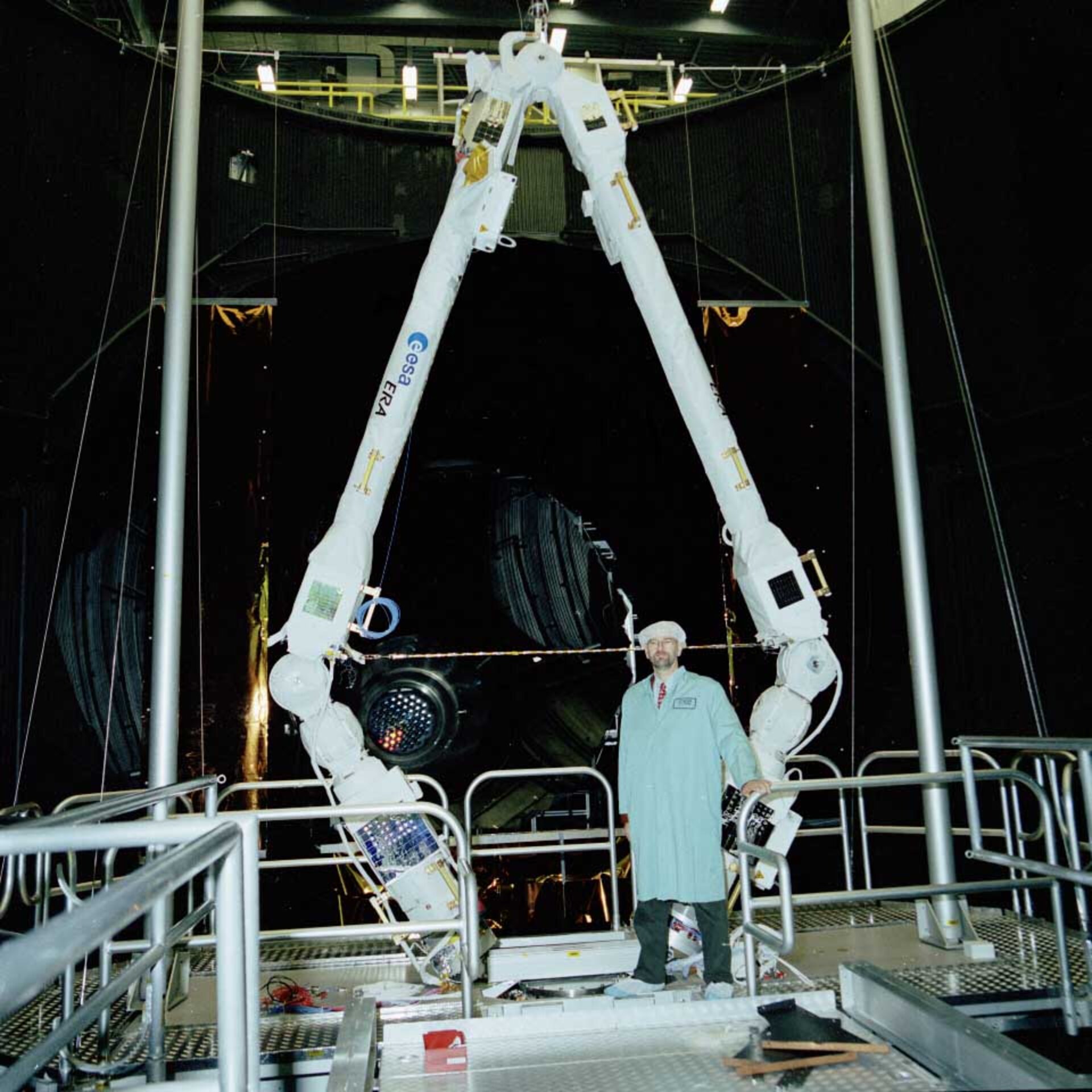 ESA Project Manager Dick Bentall and the Engineering/Qualification Model (EQM) of the European Robotic Arm (ERA). ERA underwent a week of thermal balance tests during November 1999 in the Large Space Simulator (LSS) at ESTEC. It was hoisted into the chamber on 3 November. Assembly of the Flight Model at Fokker Space is expected to be completed in May 2000, with delivery to Moscow targeted for end-2000. Launch is planned for November 2001 aboard the Space Shuttle as part of Russias Science & Power Platform (SPP) cargo. Once installed, the 11.3 m-long ERA intelligent robot will be used for SPPs in-orbit assembly particularly the solar array and be available for in-orbit maintenance tasks and support of extravehicular activities. Unlike a human arm, ERA is functionally symmetric [Image Date: 1999/11] [99.11.008-004]