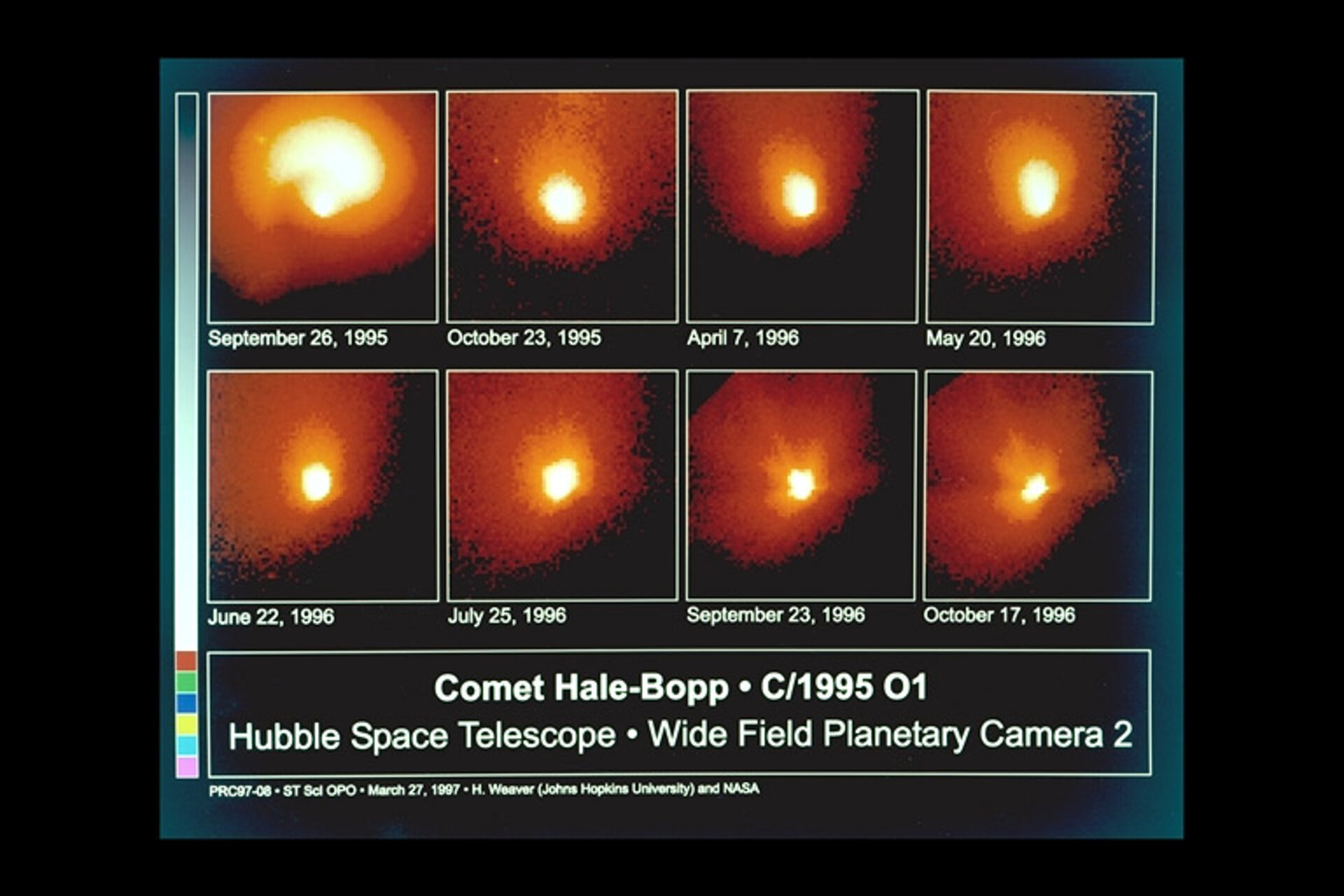 A Hubble Space Telescope observations of the region around the nucleus of Comet Hale-Bopp, taken on eight different dates since September 1995. They chronicle changes in the evolution of the nucleus as it moves closer to, and is warmed by, the Sun. The first picture, seen at upper left, shows a strong dust outburst when Hale-Bopp was beyond the orbit of Jupiter. Images in late 1996 show multiple jets that are presumably connected to the activation of multiple vents on the nucleus. In these false colour images, taken with the Wide Field and Planetary Camera 2, the faintest regions are black, the brightest regions are white and intermediate intensities are represented by different levels of red. All images are processed at the same spatial scale of 470 km per pixel, so the solid nucleus, no larger than 40 km across, is far below Hubble's resolution. [Image Date: 27-03-97] [97.04.002-003]