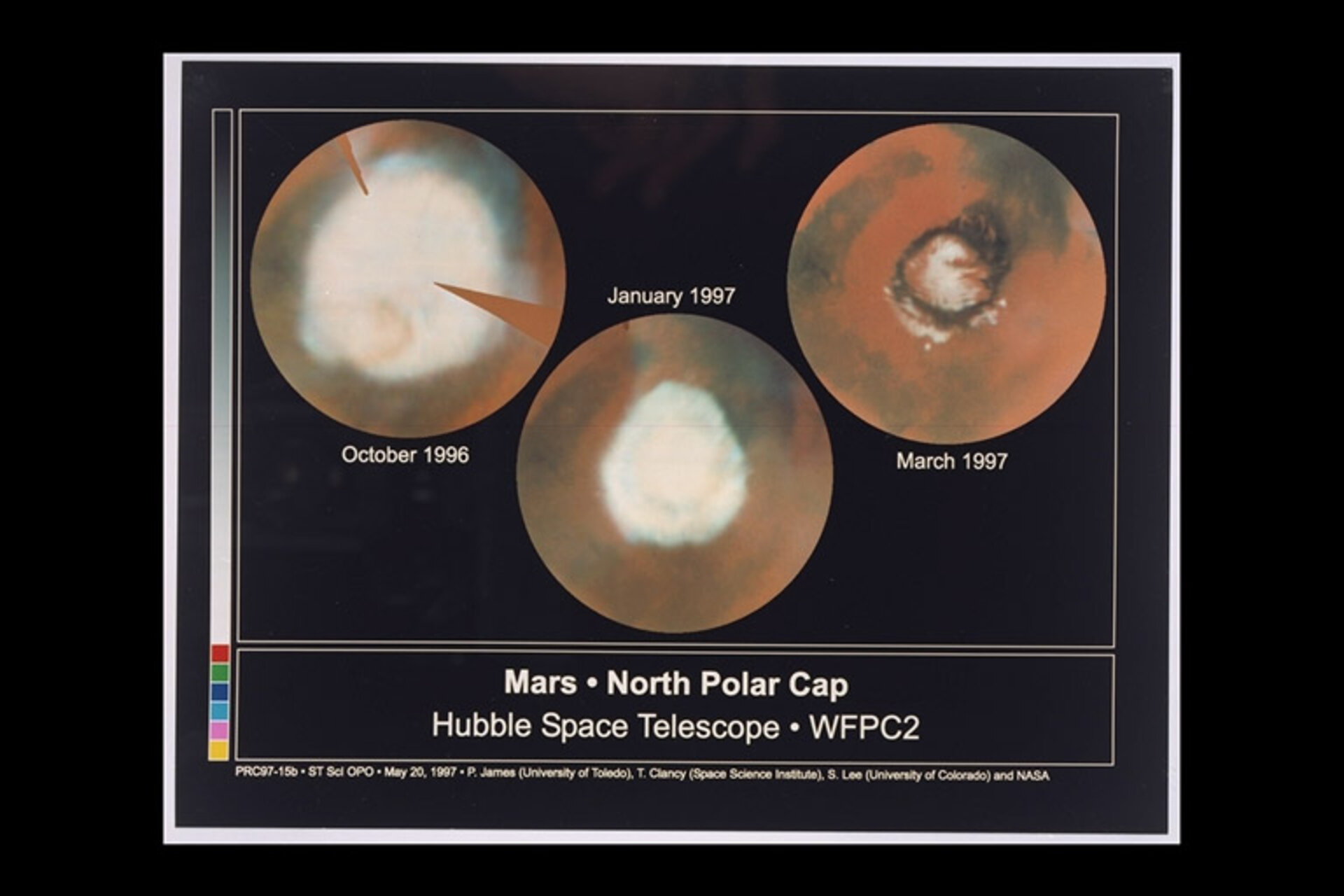 These images, looking directly down on the Martian north pole, were created by assembling mosaics of three sets of images taken by the Hubble Space Telescope in October 1996 and in January and March 1997. The maps begin at 50degN latitude and are oriented with 0deg longitude at the 12 o'clock position. The series captures the seasonal retreat of Mars' north polar cap.