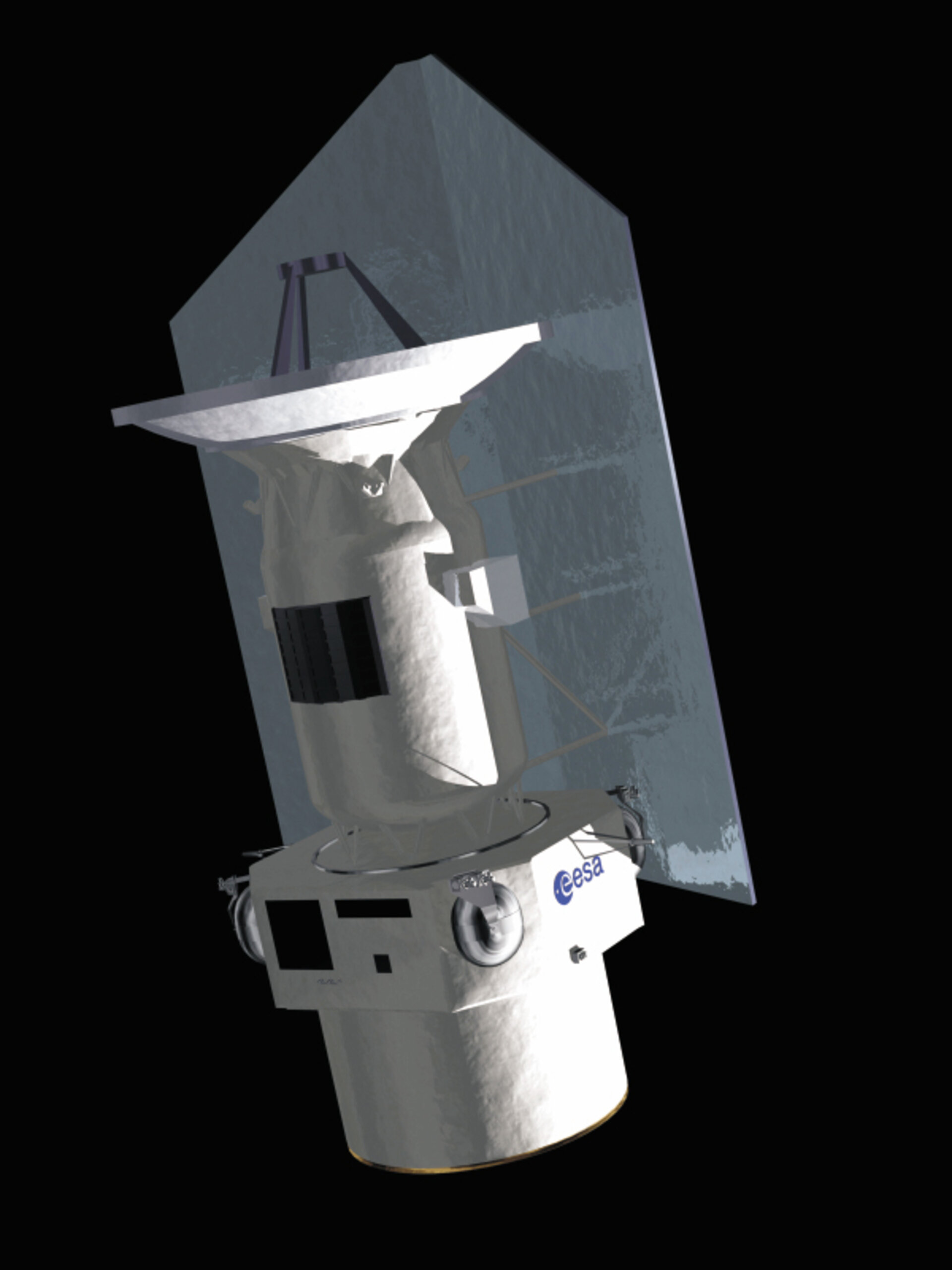 Artist's Impression of the Herschel Spacecraft

Herschel has the potential of discovering the earliest epoch proto-galaxies, revealing the cosmologically evolving AGN-starburst symbiosis, and unraveling the mechanisms involved in the formation of stars and planetary system bodies. The key science objectives emphasise specifically the formation of stars and galaxies, and the interrelation between the two, but also includes the physics of the interstellar medium, astrochemistry, and solar system studies.

Herschel will be placed in a transfer trajectory towards its operational orbit around the Earth-Sun L2 point by an Ariane 5 (shared with Planck) in early 2007. Once operational FIRST will offer a minimum of 3 years of routine observations; roughly 2/3 of the available observing time is open to the general astronomical community through a standard competitive proposal procedure.