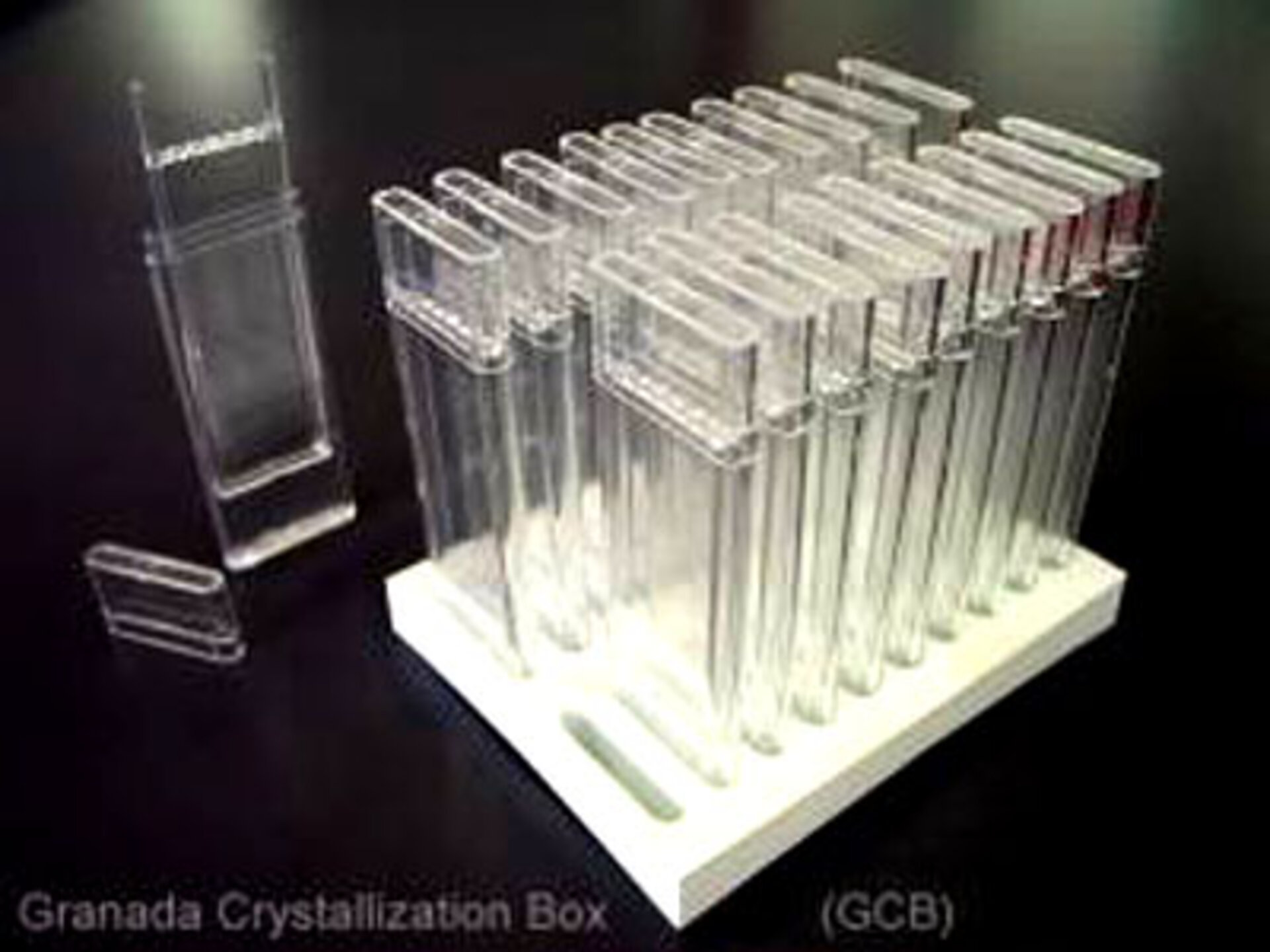 Unravelling the structure of protein molecules

Europe's second scientific experiment on the ISS, delivered to by a Russian Progress craft on 23 August, is designed to help unravel the structure of protein crystals.
Financed by ESA, the Crystallisation Box Experiment was designed and built at the University of Granada's Laboratorio de Estudios Cristalograficos. Granada team hope to succeed where others have failed using a different crystallisation technique. The saturated solutions of salts and protein macromolecules are contained in capillary tubes - impossible on Earth because convection currents prevent the growth of large enough crystals for X-ray crystallography.