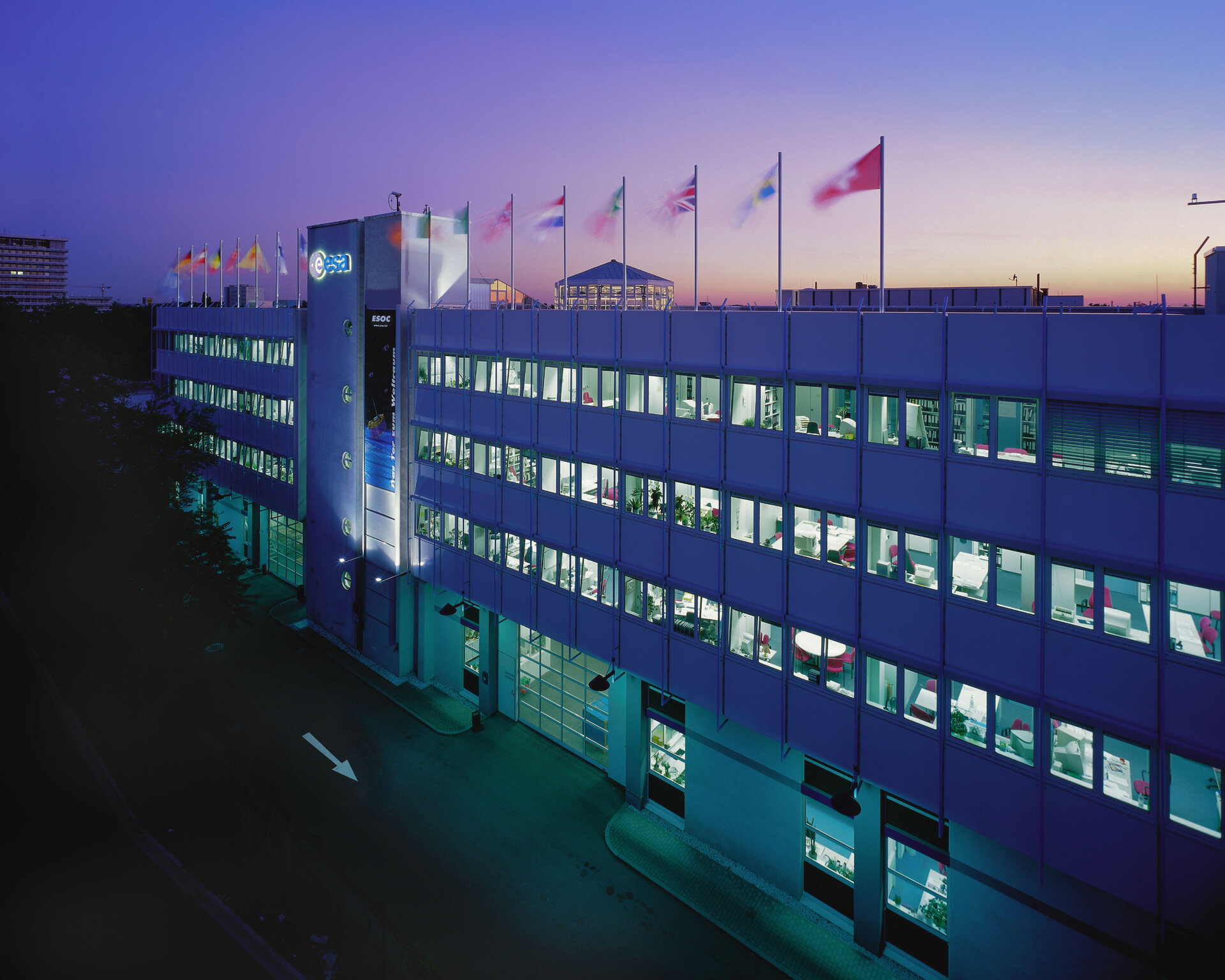 The European Space Operations Centre (ESOC) is a European Space Agency establishment located in Darmstadt, Germany.
ESOC hosts the general-purpose ESA Operations Control Centre (OCC) which provides all required functions for spacecraft- & ground-segment control, orbit & attitude determination, and data acquisition & processing. Within the OCC, individual functions are handled from within separate, dedicated rooms. The Main Control Room (MCR) is used for preparation of new missions (in the testing and simulation phase) and during critical mission control phases such as the Launch and Early Operations Phase (LEOP). It is also used for deep-space missions as well as for emergency or contingency operations (which normally require a larger flight control team). The Flight Dynamics Room (FDR) is used during critical mission phases for orbit and attitude calculations and for routine operations at other times. The control, monitoring, and supervision of the ESTRACK network of ground stations is conducted from the Ground Configuration Control Room. This room is occupied 24 hours per day, 365 days per year. During a mission's routine phase, spacecraft monitoring and control functions are carried out from a Dedicated Control Room (DCR). Generally, control is conducted from workstations at which satellite data can be displayed in various formats and from which commands can be sent. The primary tool for mission control and data processing is the Dedicated Mission Support System (DMSS).