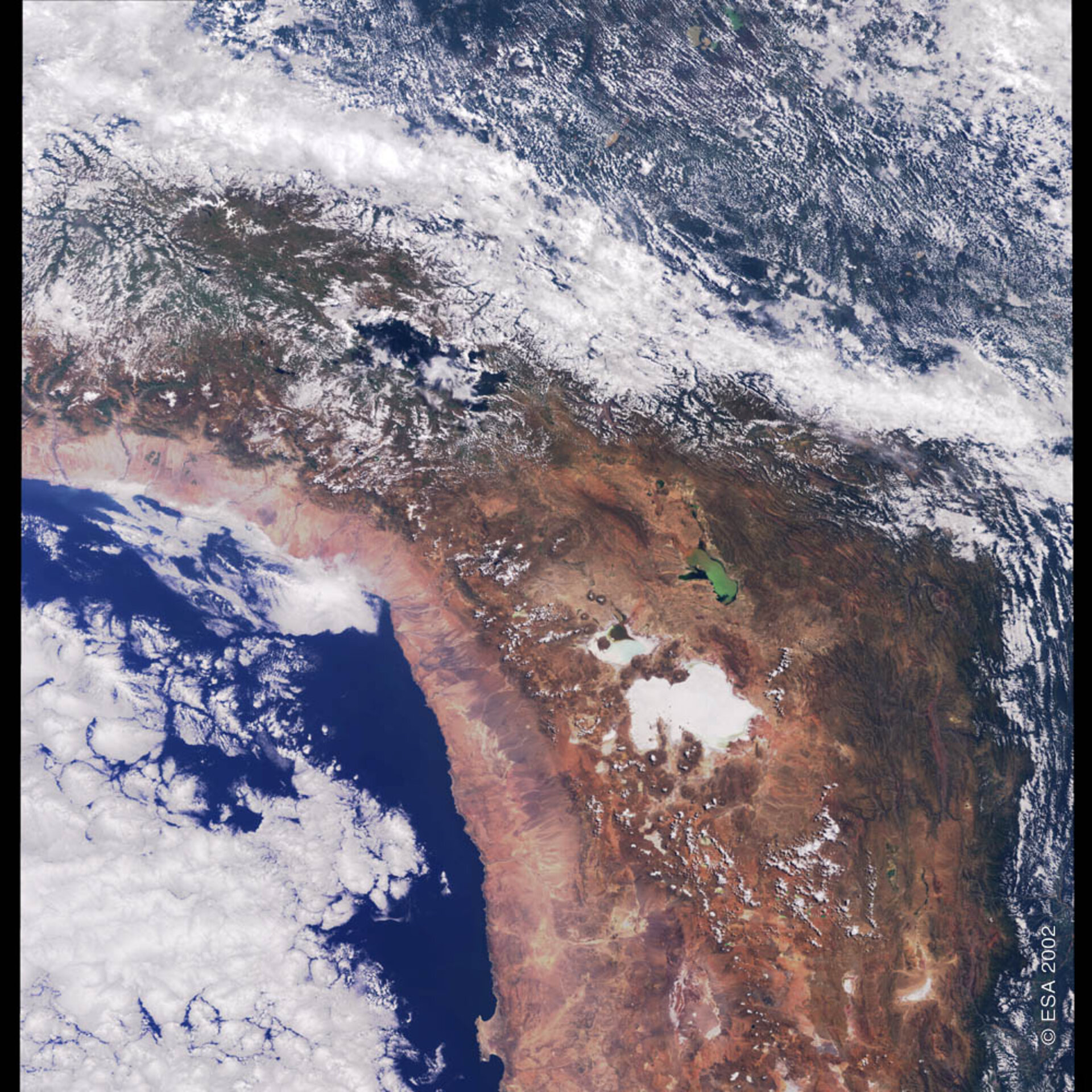 A large part of Bolivia is the so-called Altiplano, an 800-km long and 130-km wide region lying between the Cordillera Occidental and the Cordillera Oriental. In the northern part of the Altiplano, where the bulk of the population and industry of Bolivia is found, is Lake Titicaca, the highest large, navigable lake in the world. Located at an altitude of 3804 m with a depth exceeding 300 m, the lake separates Bolivia from Peru. The southern part of the Altiplano plateau is arid with saline soils.

Lake Poopo, the green lake, is 300 km southeast of Lake Titicaca and is one of many saline lakes on the region. This lake was dramatically polluted in February 2000 by an accidental 39 000-barrel oil spill. Its green colour is due to its shallow waters.

Chile starts approximately at Lake Poopo’s latitude and extends as a narrow 200-km wide strip of land southwards, along the Pacific Ocean. The northern part of Chile visible in the image is the Atacama Desert, the world’s driest, with parts where rain has never been recorded and the only precipitation is in the form of fog. The desert, a series of salt basins that cannot support any vegetation, is flanked on one side by Pacific coastal ranges and on the other by the snow-capped peaks of the Andes.