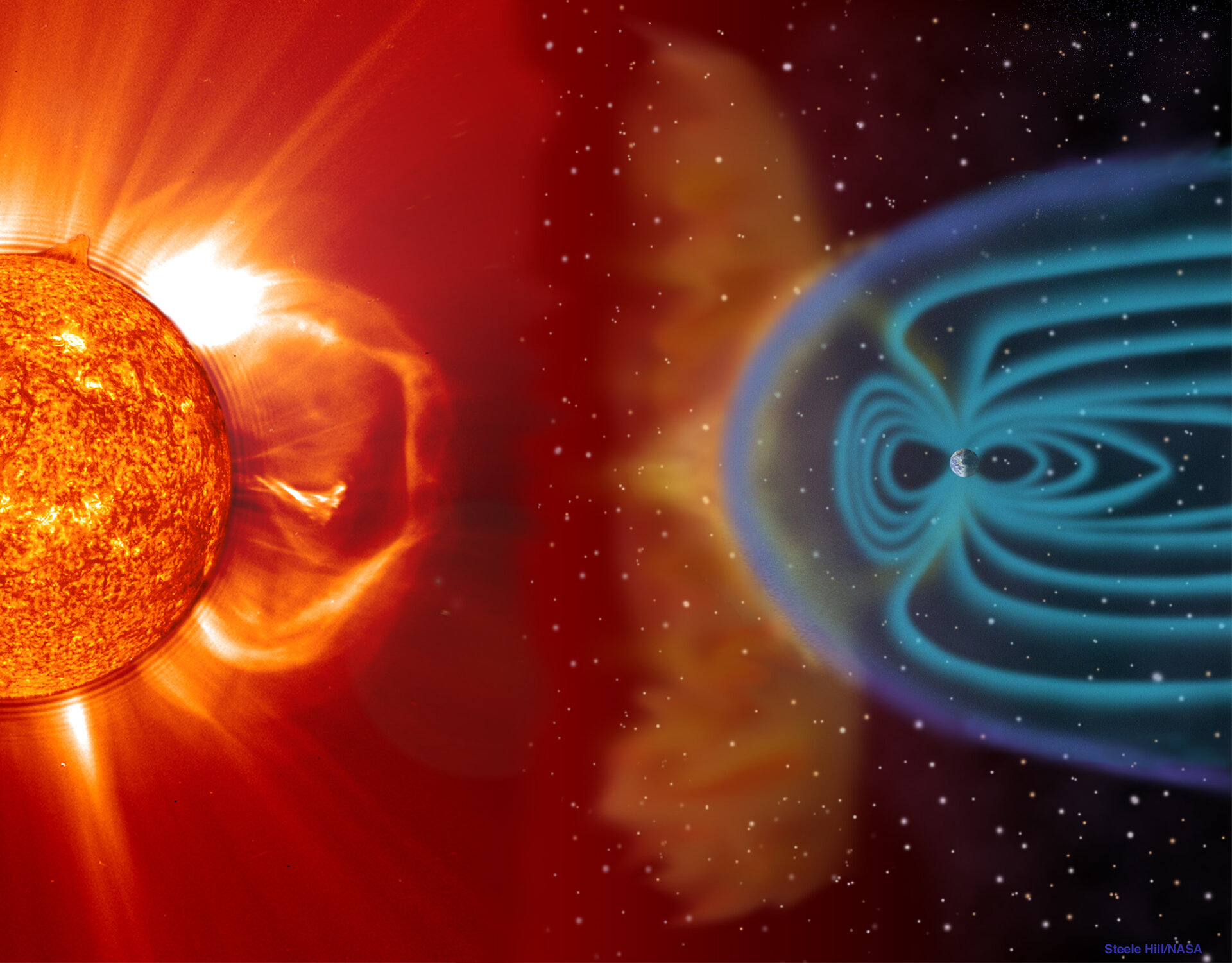 Coronal mass ejections sometimes reach out in the direction of Earth

This illustration shows a CME blasting off the Sun’s surface in the direction of Earth. This left portion is composed of an EIT 304 image superimposed on a LASCO C2 coronagraph. Two to four days later, the CME cloud is shown striking and beginning to be mostly deflected around the Earth’s magnetosphere. The blue paths emanating from the Earth’s poles represent some of its magnetic field lines. The magnetic cloud of plasma can extend to 30 million miles wide by the time it reaches earth. These storms, which occur frequently, can disrupt communications and navigational equipment, damage satellites, and even cause blackouts.