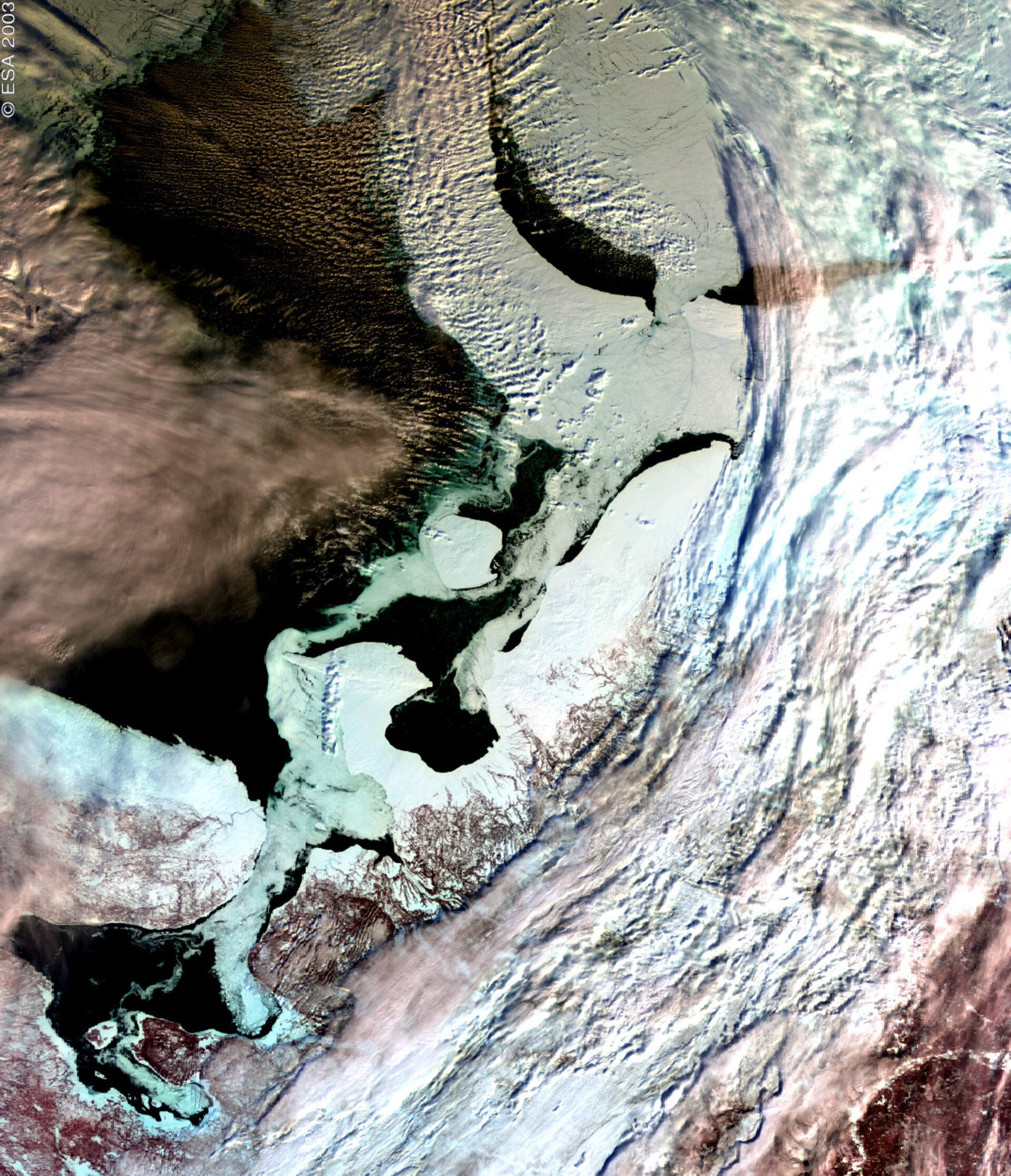 The image was acquired on the morning of 13 March over northern Russia. The area shows the coastline around the White Sea, with the City of Archangel to the southwest, opening up into the Barents Sea.

The most prominent aspect of the image is the differentiation between the sea ice, clouds and the open water. Open water in the image is shown as black, where the white/grey areas in the sea represent sea ice. The sea ice can be made out clearly against the land masses particularly around the Kanin Peninsula and to the northeast.