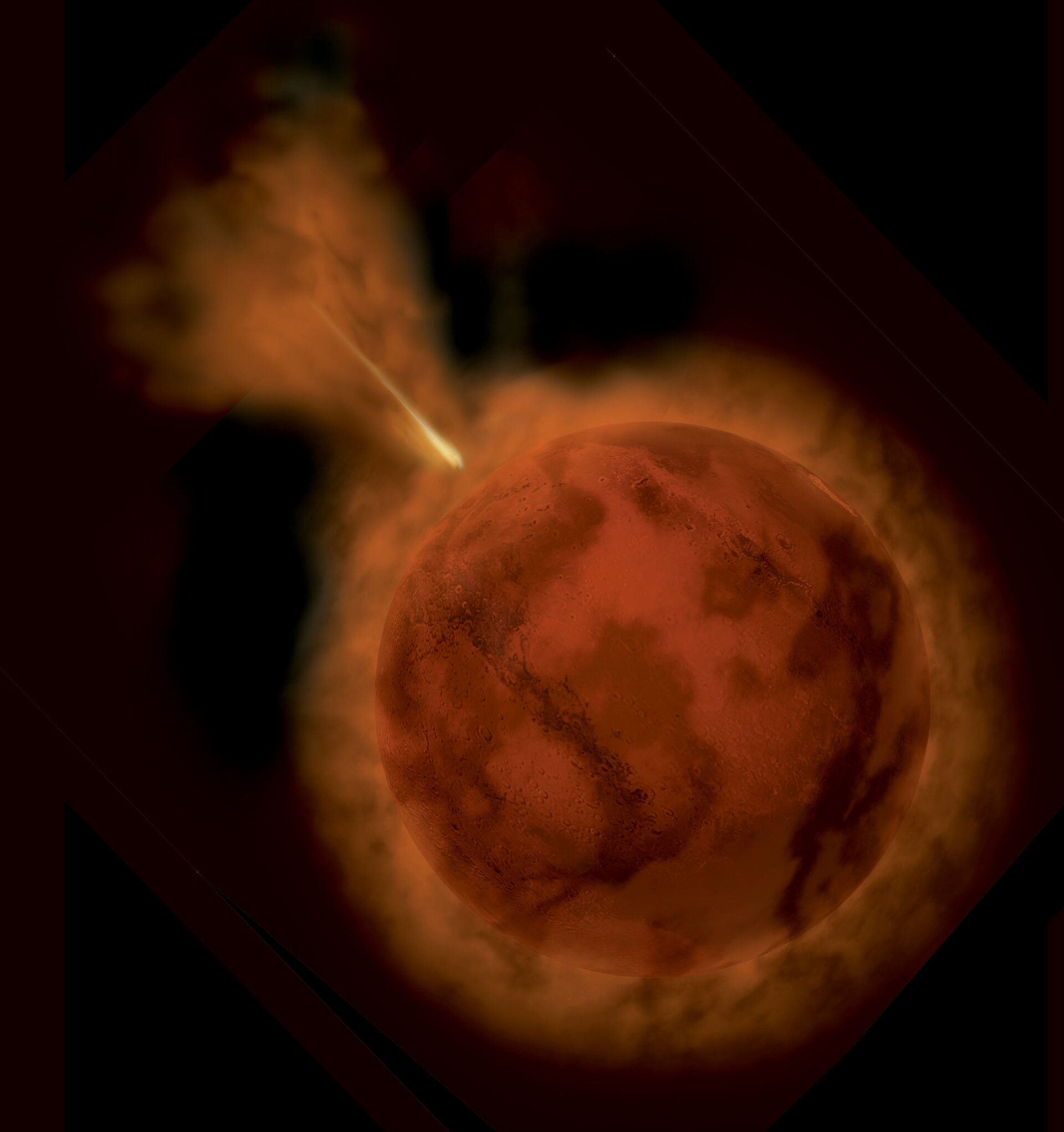 Mars may have lost much of its atmosphere during asteroid impacts early in its history.

The Beagle 2 lander will look for signatures of life on Mars, whether long-dead
or still-living, by measuring the ratio of two different types of carbon
in the rocks. Biological processes on Earth favour the lighter isotope of
carbon, carbon-12, over the heavier carbon-13. Hence, a high carbon-12 to
carbon-13 ratio is taken as evidence of life and has
been found in rocks up to 4 billion years old, even
where geological processing has occurred. The hope
is that the same occurred on Mars.