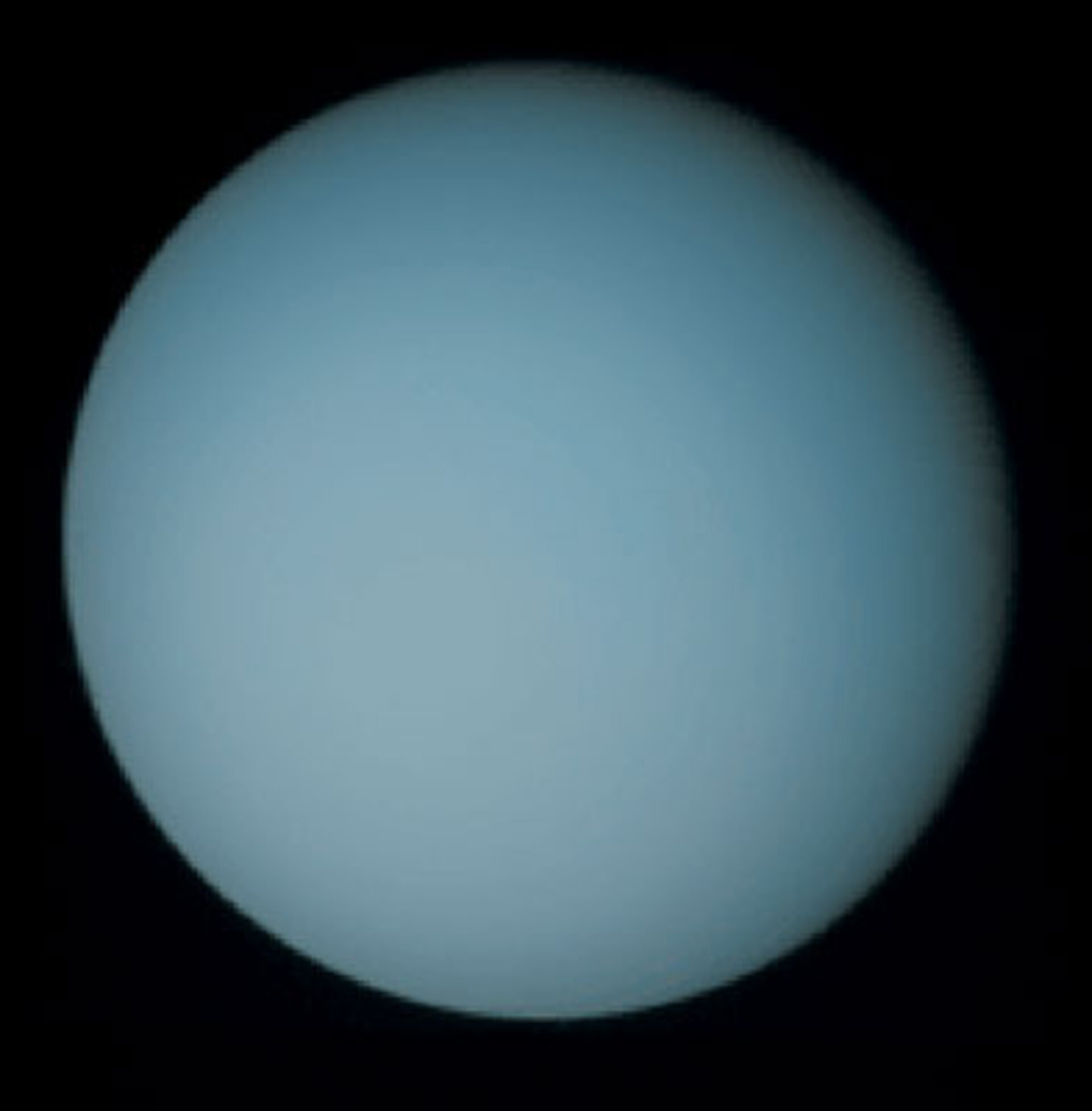 Because of its enormous distance from the Earth, Uranus has only been slightly explored. Qualitatively the composition of Uranus is comparable with the Earth because one suspects the same elements to be there. However Uranus like Neptune, instead of solid rock in its core, probably has a global hot sea of water, molten rock and ice in its core.

The rotational axis of Uranus is unique in our solar system: At 98 degrees of tilt, it lays almost in the orbital plane. In the course of its 84-year orbit each pole is exposed once to the sun so that it is alternately for 42 earth years winter and night or summer and day.