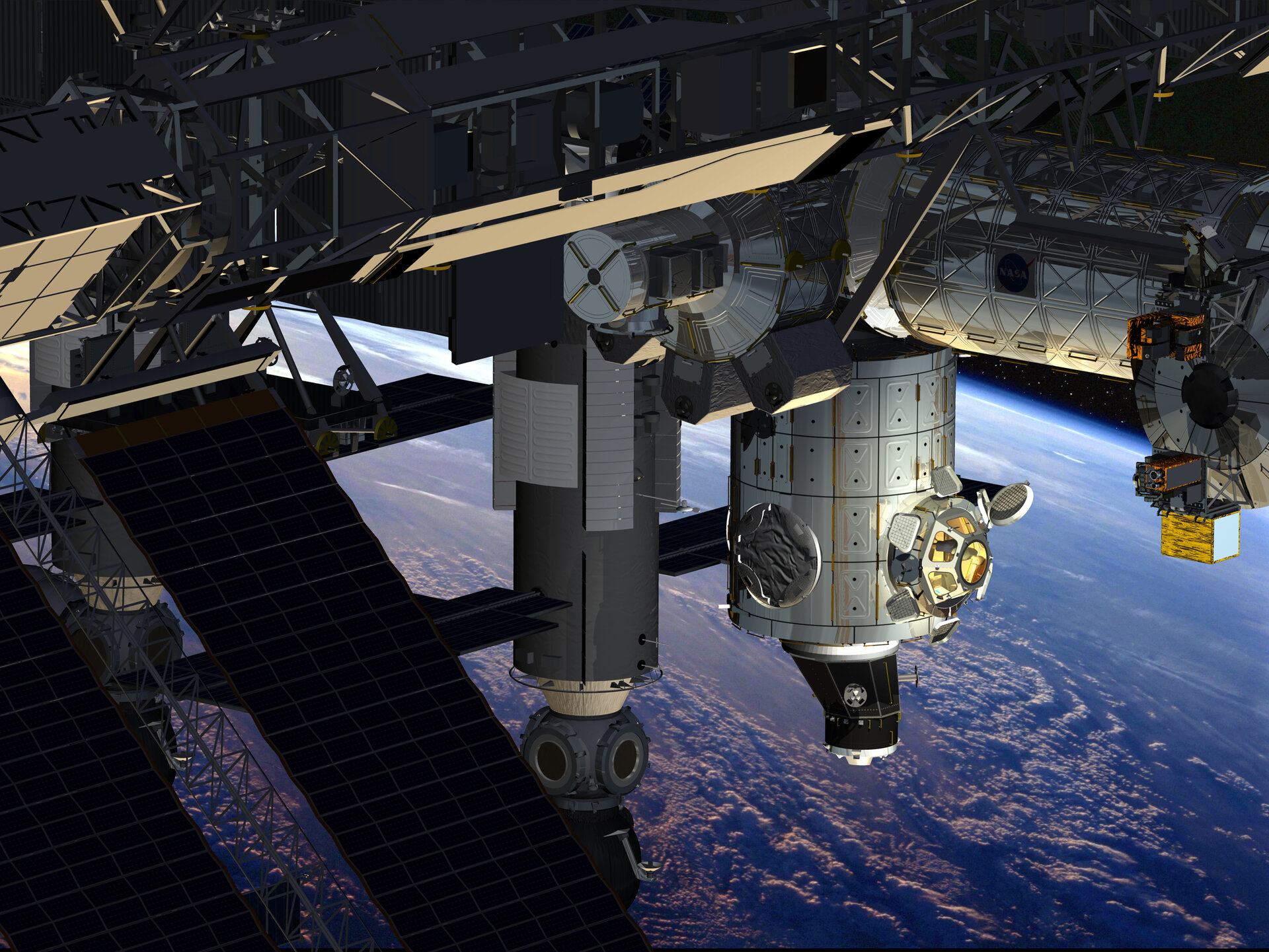 Cupola will be attached to Node 3

Artist's impression of Cupola attached to Node 3, a module of the International Space Station.

The cupola, currently scheduled for launch in January 2009, is an observation and control tower for the ISS, with windows that will provide a panoramic view for observing and guiding operations on the outside of the station. The pressurised module will accommodate command and control workstations and other hardware, enabling crewmembers to control the station’s robotic arm - for attaching and assembling various station elements - and to communicate with other crewmembers in other parts of the station or outside during spacewalk activities. The cupola will also be used for observational applications in the areas of Earth observation and space science