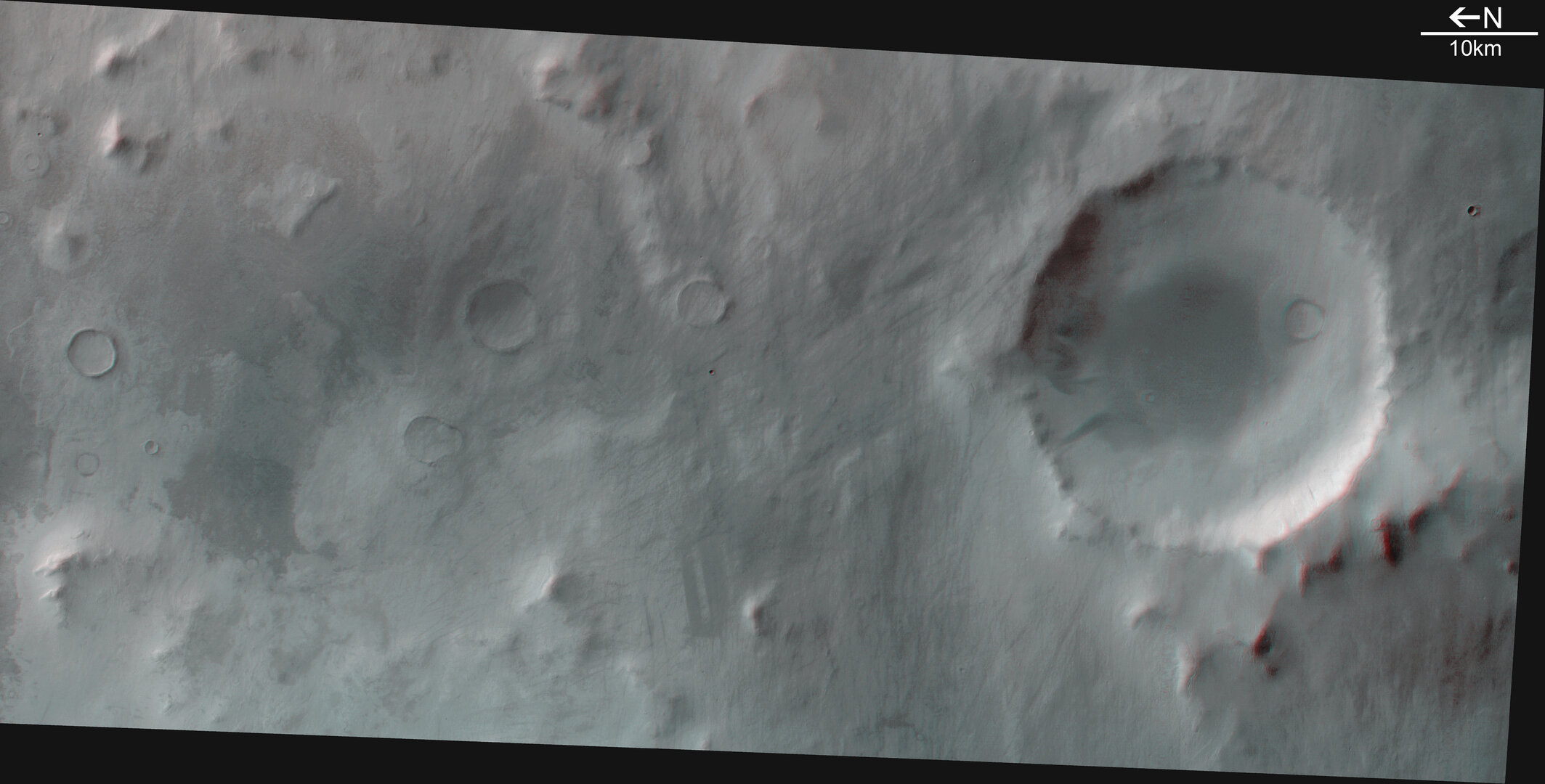 This image, taken by the High Resolution Stereo Camera (HRSC) on board ESA’s Mars Express spacecraft, shows a part of the southern highlands of Mars, called Promethei Terra. It was taken during orbit 368 in May 2004 with a ground resolution of approximately 14 metres per pixel. The displayed region is centred around longitude 118° East and latitude 42° South.

It shows an area in the Promethei Terra region, east of the Hellas Planitia impact basin. The smooth surface is caused by a layer of dust or volcanic ash that is up to several tens of metres thick.

This 3D anaglyph image has been created from the nadir and one stereo channel.