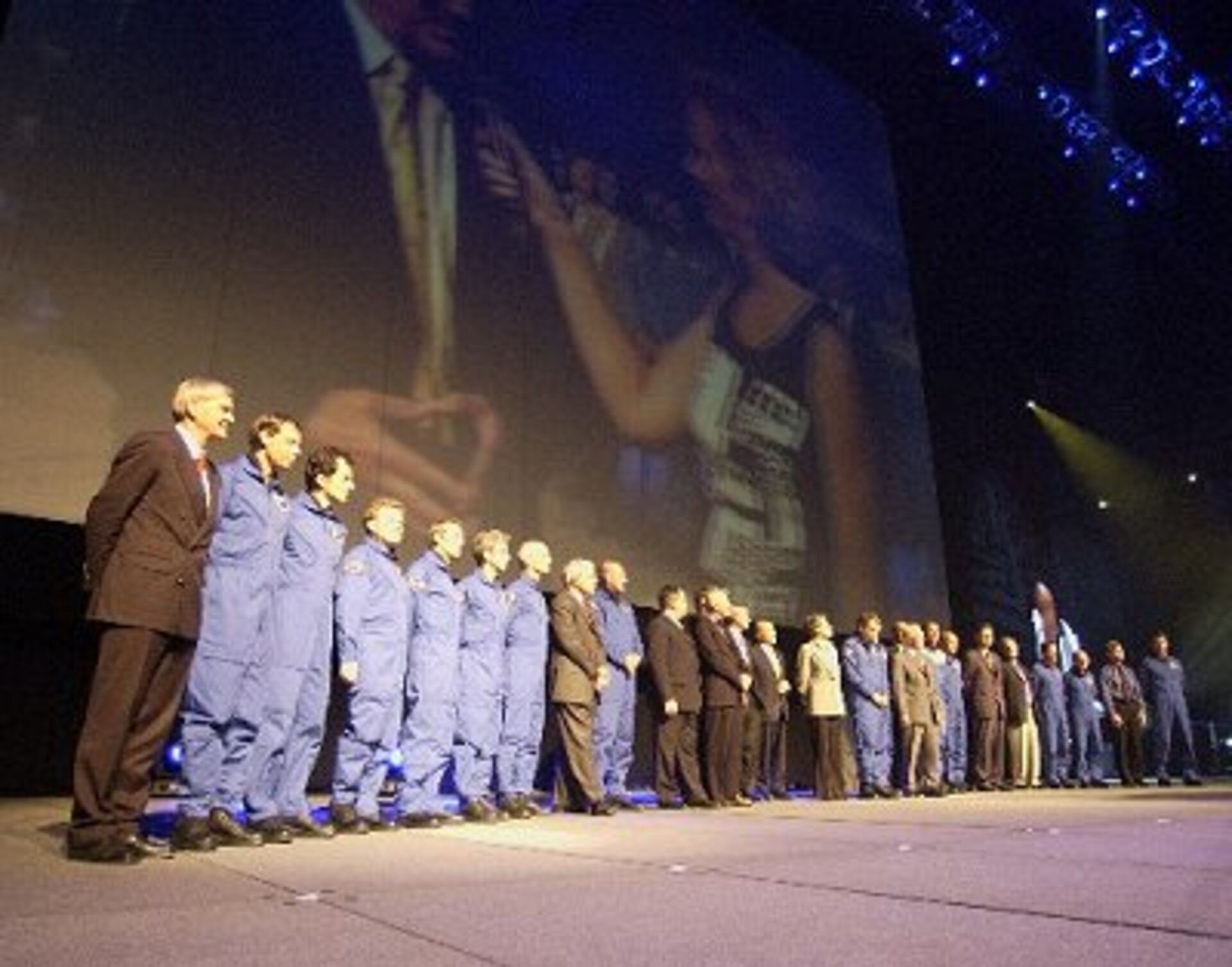 Former and present astronauts and cosmonauts were present in Cologne

On Friday 17 September 2004, five thousand people experienced life as an astronaut during the 'Night of the astronauts' at the KölnArena in Cologne, Germany. For one night only, twelve members of the European Astronaut Corps brought space to Earth.

Amongst the audience were eighteen other European, Russian and American astronauts and cosmonauts, including former members of the European Astronaut Corps and the entire Spacelab 1 crew.