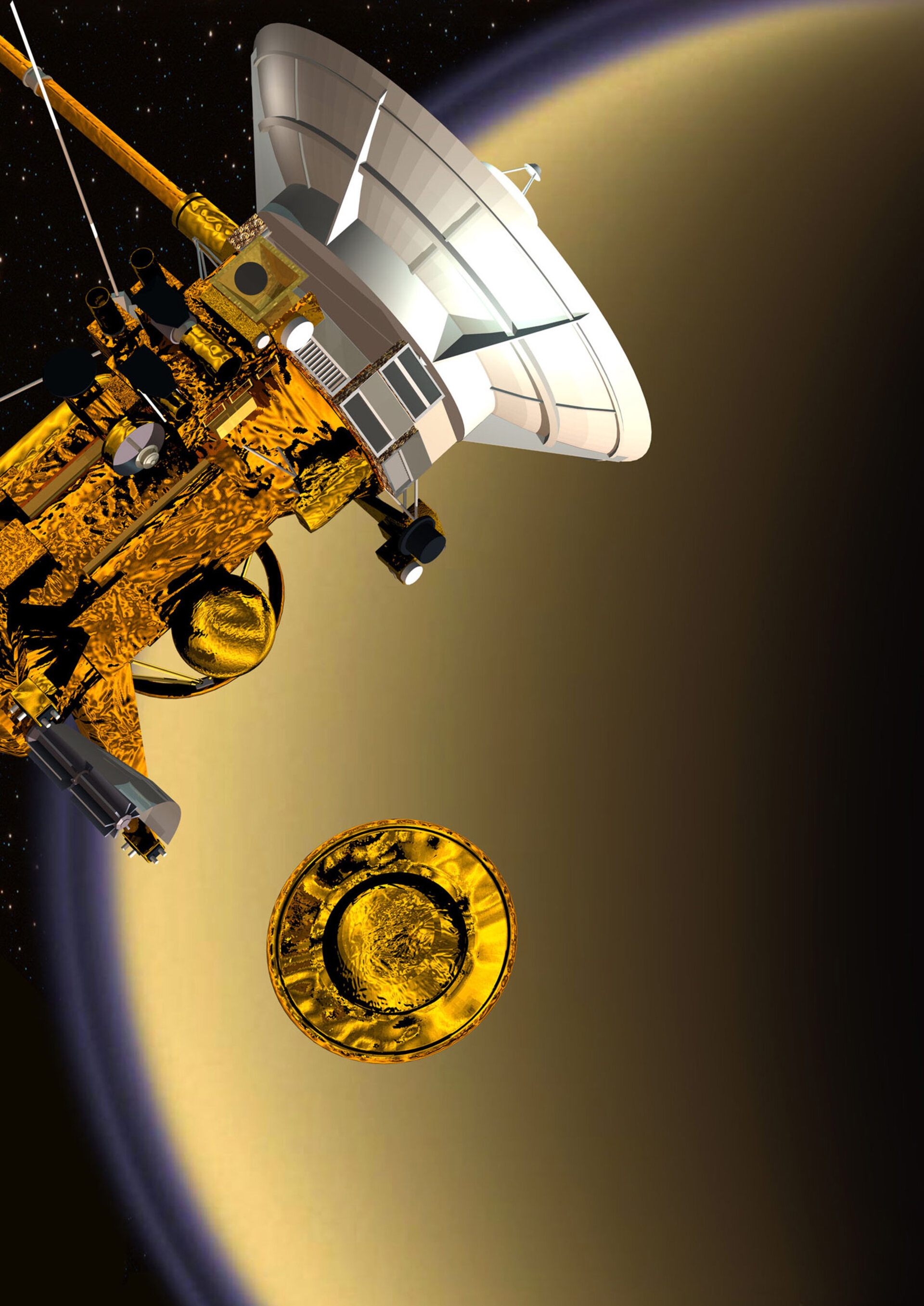 Separation of Huygens from Cassini

This artist's concept of the Cassini-Huygens orbiter shows the Huygens probe separating to enter Titan's atmosphere. After separation, the probe drifts for about three weeks until reaching its destination, Titan. Equipped with a variety of scientific sensors, the Huygens probe will spend 2-2.5 hours descending through Titan's dense, murky atmosphere of nitrogen and carbon-based molecules, beaming its findings to the distant Cassini orbiter overhead.