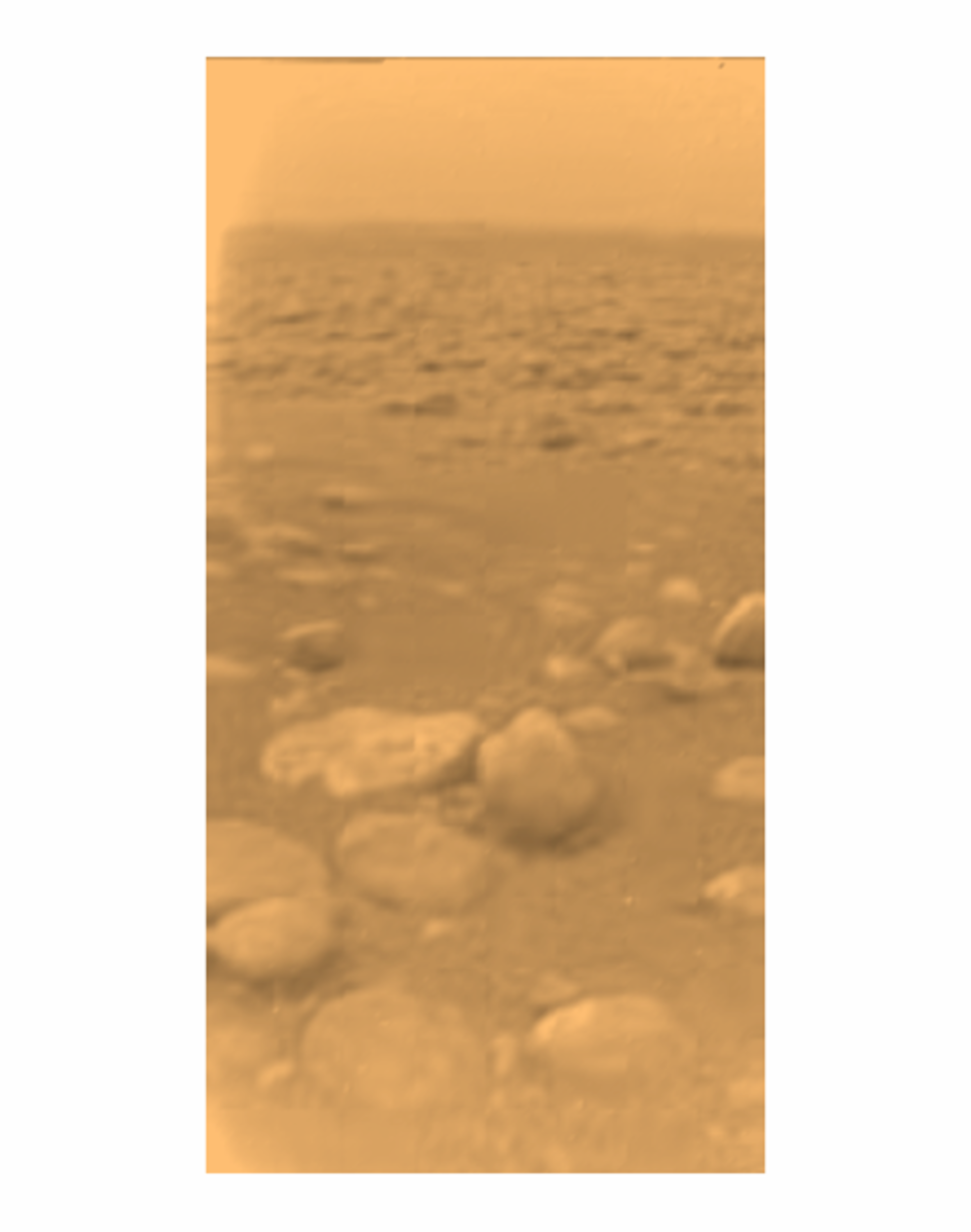 This image was returned on 14 January 2005, by ESA's Huygens probe during its successful descent to land on Titan. This is the colour view, following processing to add reflection spectra data, gives a better indication of the actual colour of the surface. Initially thought to be rocks or ice blocks, they are more pebble-sized. The two rock-like objects just below the middle of the image are about 15 centimetres (left) and 4 centimetres (centre) across respectively, at a distance of about 85 centimetres from Huygens. The surface is darker than originally expected, consisting of a mixture of water and hydrocarbon ice. There is also evidence of erosion at the base of these objects, indicating possible fluvial activity.