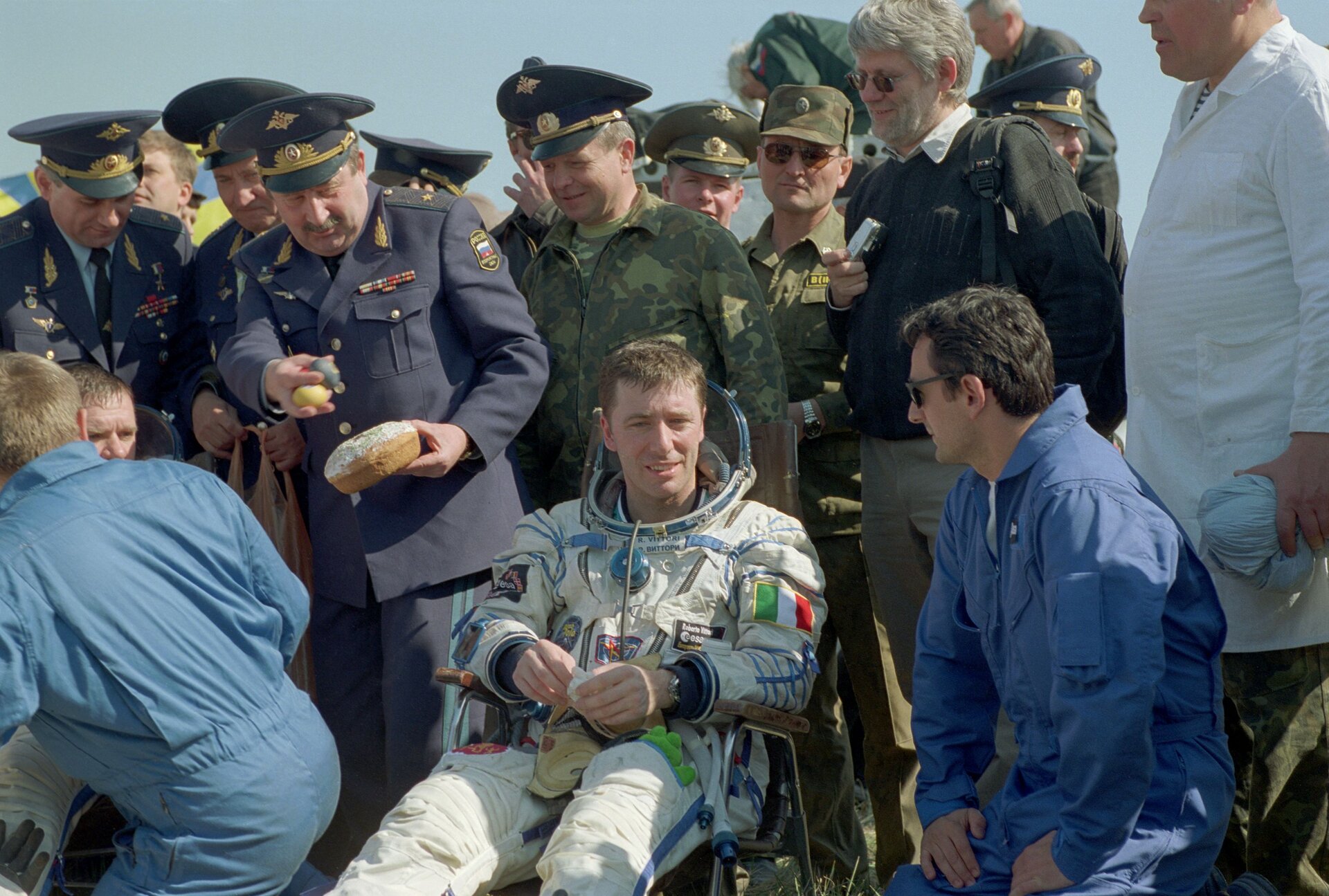 Roberto Vittori is surrounded by officials of the Russian

ESA astronaut Roberto Vittori, from Italy, is surrounded by officials of the Russian recovery team shortly after he was removed from the scorched return module of Soyuz TM-33, which brought him back safely in the steppes of Kazakhstan at the completion of the Marco Polo mission to the International Space Station (ISS), on May 5, 2002. The Marco Polo mission was performed under an agreement between Russia's Rosaviakosmos, the Italian Space Agency (ASI) and ESA.

Roberto Vittori was launched into space onboard Soyuz TM-34 at 12:26 local time on April 25 with Russian mission commander Yuri Gidzenko and South African flight participant Mark Shuttleworth. The spacecraft successfully docked with the ISS two days later. One of the mission objectives was to deliver a new emergency crew return vehicle to the permanent crew of the ISS, Russian commander Yuri Onufrienko and NASA flight engineers Dan Bursch and Carl Walz. Roberto Vittori spent one week onboard the orbital outpost, performing experiments, and returned to Earth with his crewmates onboard Soyuz TM-33.

Soyuz TM-33 landed some 26 km south-east of the city of Arkalyk in Kazakhstan, at 10:51 local time, concluding a mission that lasted 237 hours and 25 minutes.