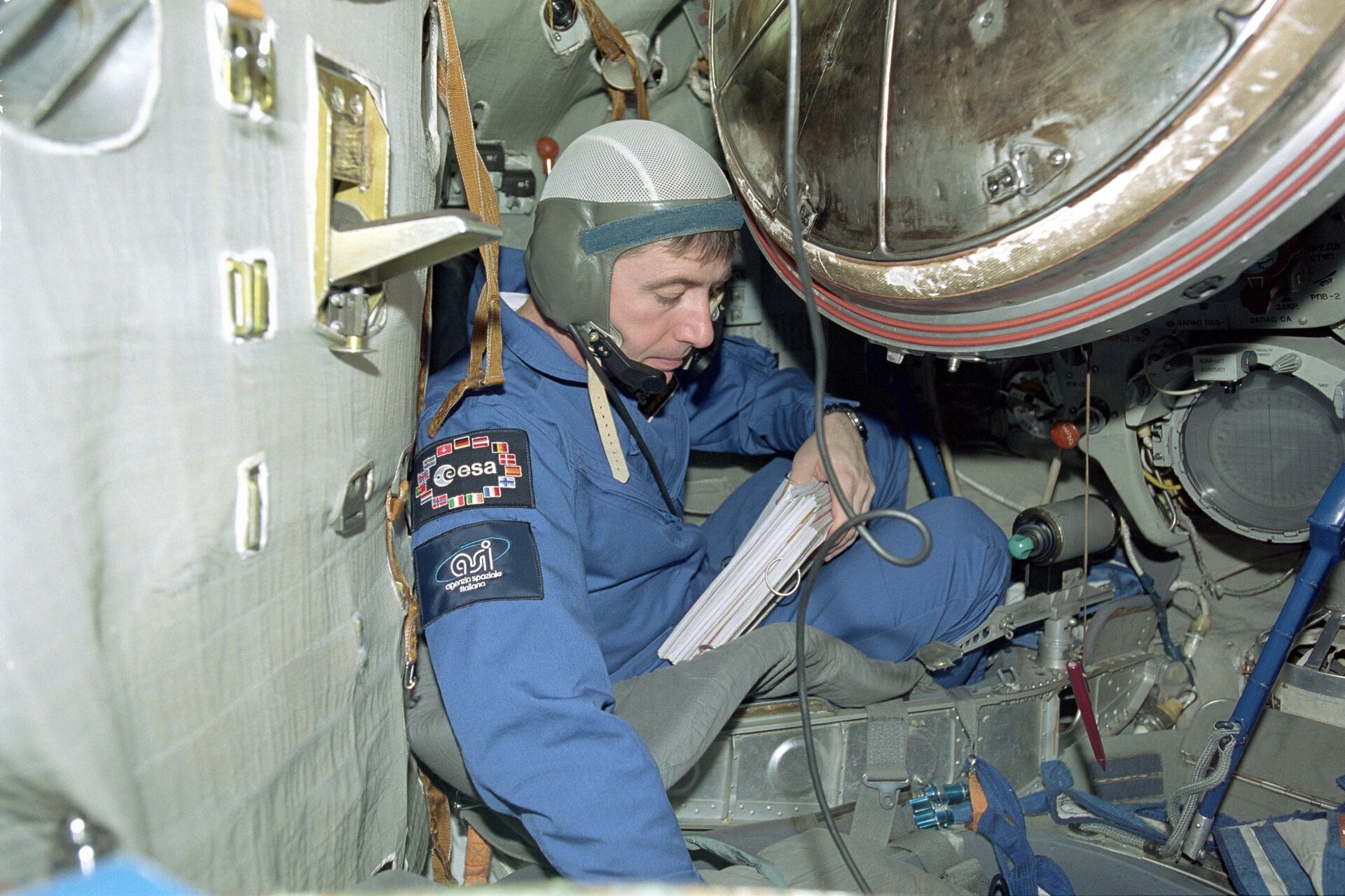 The European astronaut Roberto Vittori during his training in the Soyuz capsule mock-up, at Star City, near Moscow, in February 2001, for the Marco Polo mission.

The Marco Polo mission (25 April - 5 May 2002) sees ESA astronaut Roberto Vittori as the first ESA astronaut of Italian nationality to reach the International Space Station on board a Russian spacecraft. Once there, he experienced life and worked on the largest habitable man-made structure in space.

Together with Mission Commander Yuri Gidzenko (Russian) and Flight Participant Mark Shuttleworth (South African), Vittori blasted off on a Russian Soyuz rocket from Baikonur in Kazakhstan for a 10-day mission.
The three men lived and worked on board the Space Station for eight days alongside the resident crew ­ Expedition Four Commander Yuri Onufrienko and Flight Engineers Dan Bursch and Carl Walz.

In recognition of the 13th century Italian explorer and the extensive participation by the Italian Space Agency (ASI), Vittori's 'taxi' flight has been dubbed the 'Marco Polo' mission.

The flight, the fourth exchange of a Soyuz spacecraft ­ which currently serves as the main rescue vehicle for the Space Station crew in case of an on board emergency ­ was being undertaken under a framework agreement between ESA and the Russian space agency, Rosaviakosmos.

During his stay Vittori was involved in a number of experiments, primarily in life sciences.
Vittori's maiden flight into orbit continues the involvement of ESA's astronauts in the development of the Space Station and represents a further sign of Europe and Russia's determination to reinforce their fruitful cooperation.