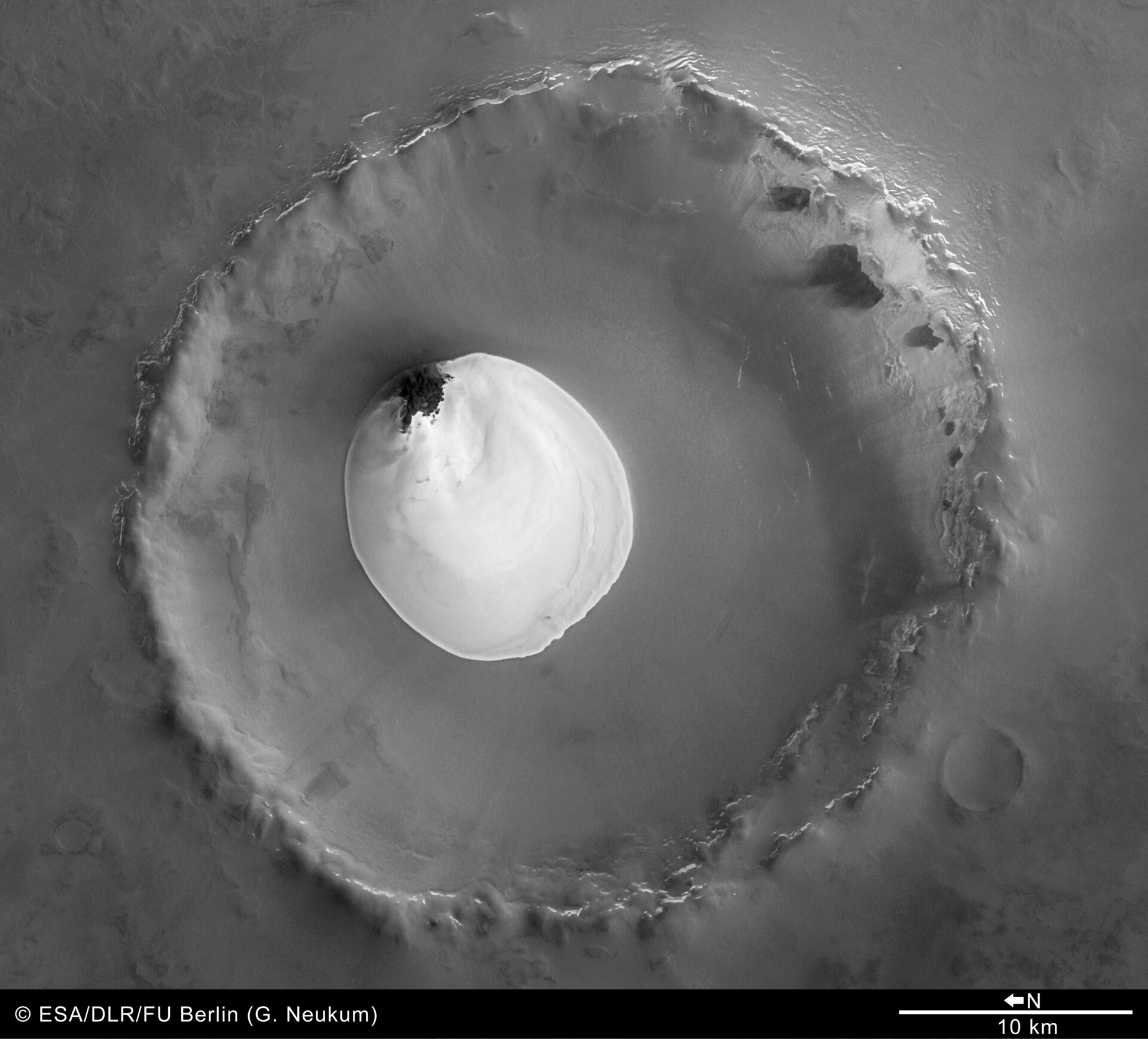 Black and white view of crater with water ice

The HRSC on ESA's Mars Express obtained this image on 2 February 2005 during orbit 1343 with a ground resolution of approximately 15 metres per pixel.

It shows an unnamed impact crater located on Vastitas Borealis, a broad plain that covers much of Mars's far northern latitudes, at approximately 70.5° North and 103° East.

The crater is 35 kilometres wide and has a maximum depth of approximately 2 kilometres beneath the crater rim. The circular patch of bright material located at the centre of the crater is residual water ice.