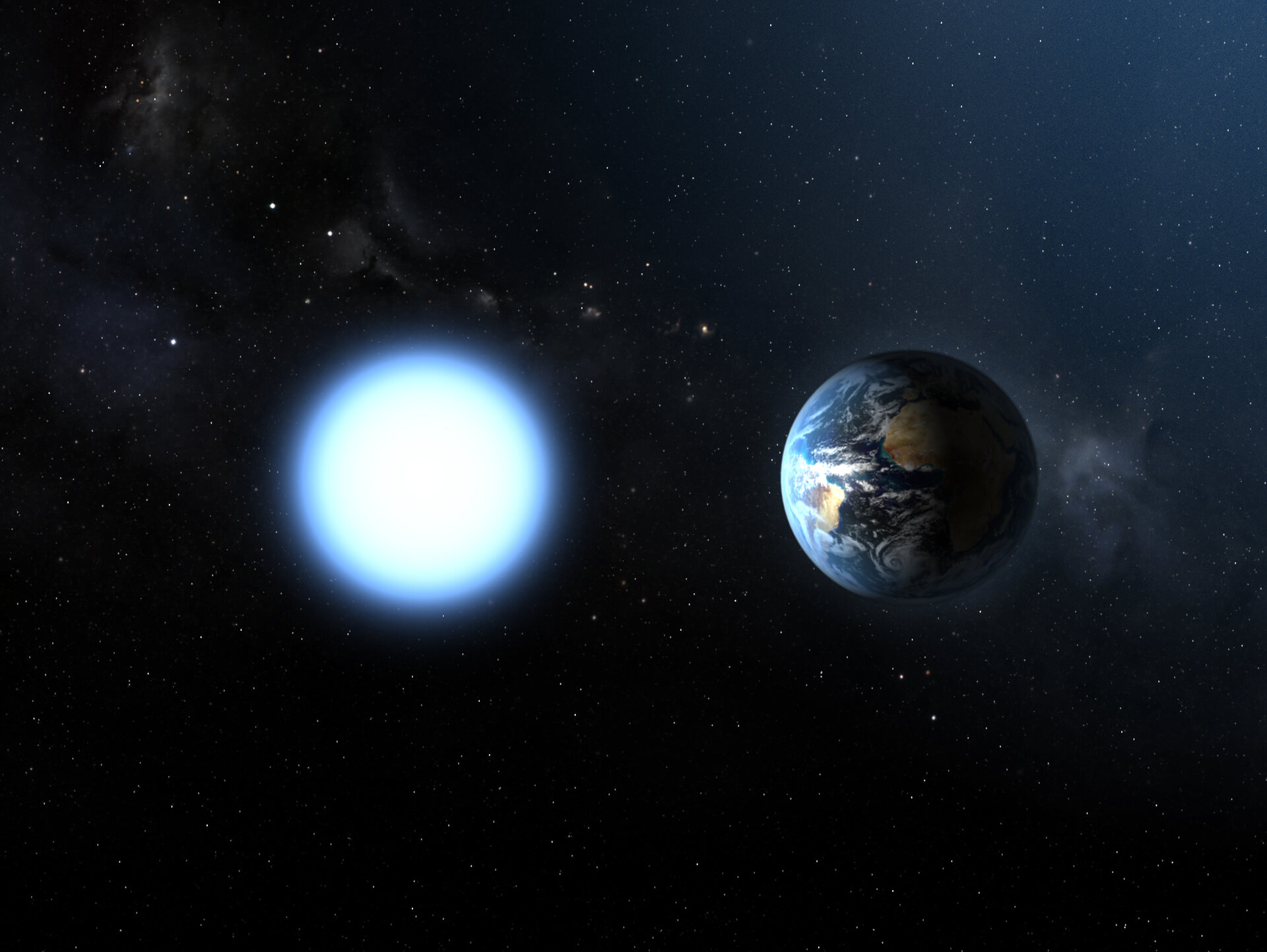 Sirius B compared to Earth

Based on the Hubble measurements made with the Space Telescope Imaging Spectrograph, an international team found that Sirius B has a mass that is 98 percent that of our own Sun.

Despite this large mass Sirius B is only 12 000 kilometres in diameter, making it just smaller than Earth - but much denser!

Sirius B’s powerful gravitational field is 350 000 times greater than Earth’s, meaning that a 68-kilogram person would weigh 25 million kilograms standing on its surface!