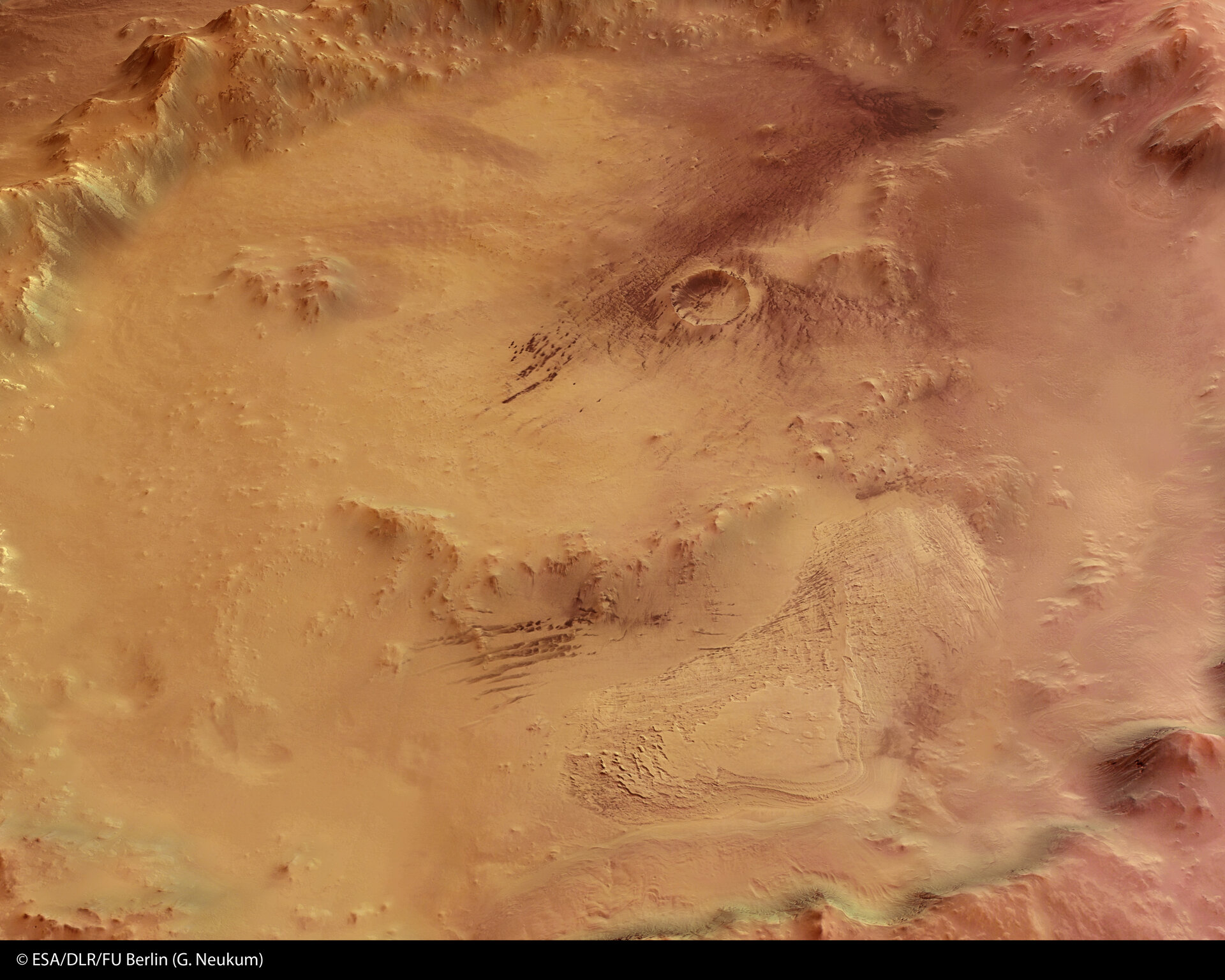 Close-up view of Crater Galle, lying to the east of the Argyre Planitia impact basin and south-west of the Wirtz and Helmholtz craters, at 51° South latitude and 329° East longitude. The image clearly shows a large stack of layered sediments forming an outcrop in the southern part of the crater.

Several parallel gullies, possible evidence for liquid water on the Martian surface, originate at the inner crater walls of the southern rim.