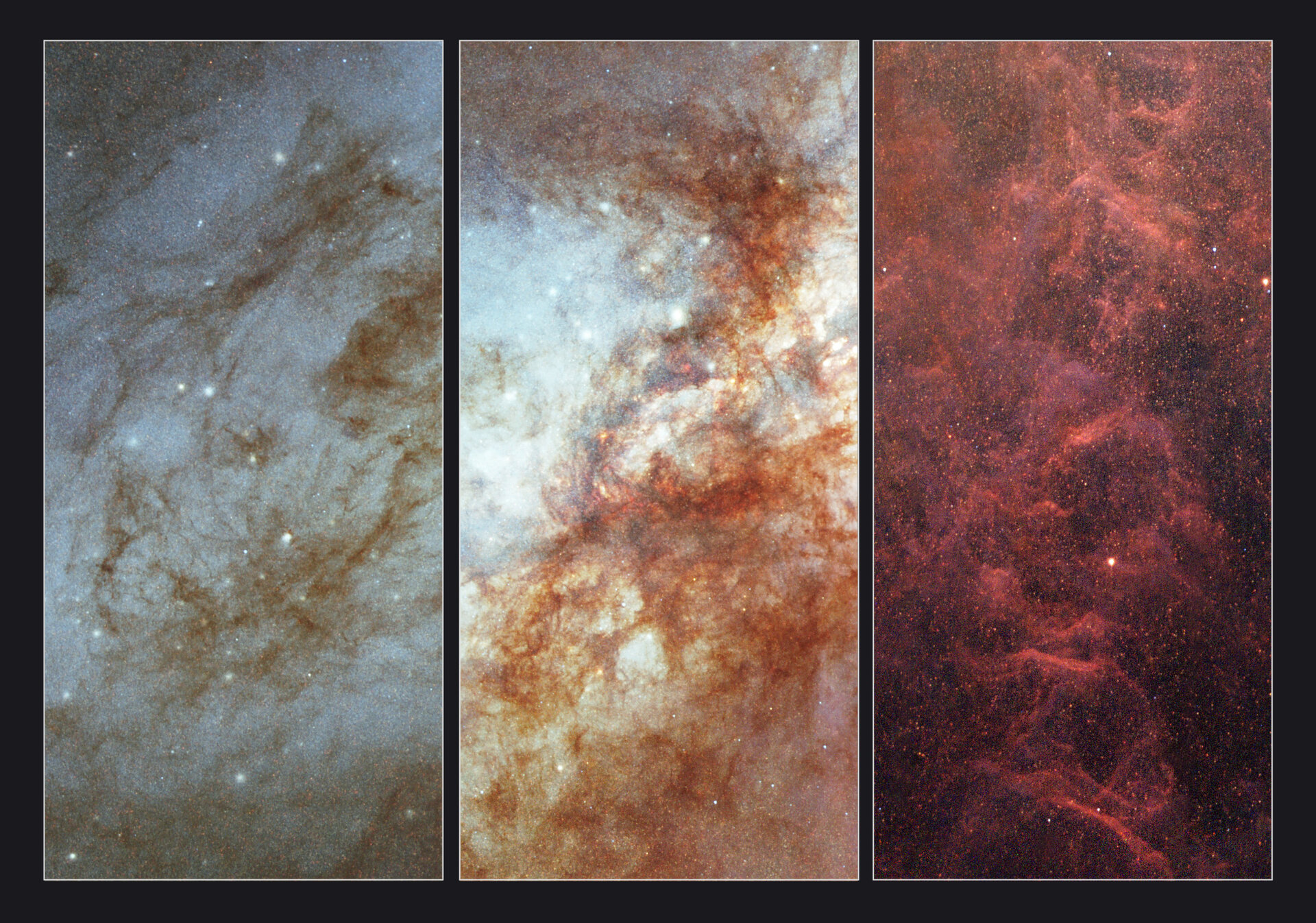 Close-up of some of the most interesting parts of the Hubble Space Telescope image of the active galaxy Messier 82 (M82), taken in March 2006.

Centre: The central "inner-city" portion of the galaxy shows the combined light of countless stars and reveals numerous star-forming clumps, dark red clouds of gas and dust obscuring the light from the galaxy’s core, and an overall field of fainter red (cooler) and blue (hotter) stars.