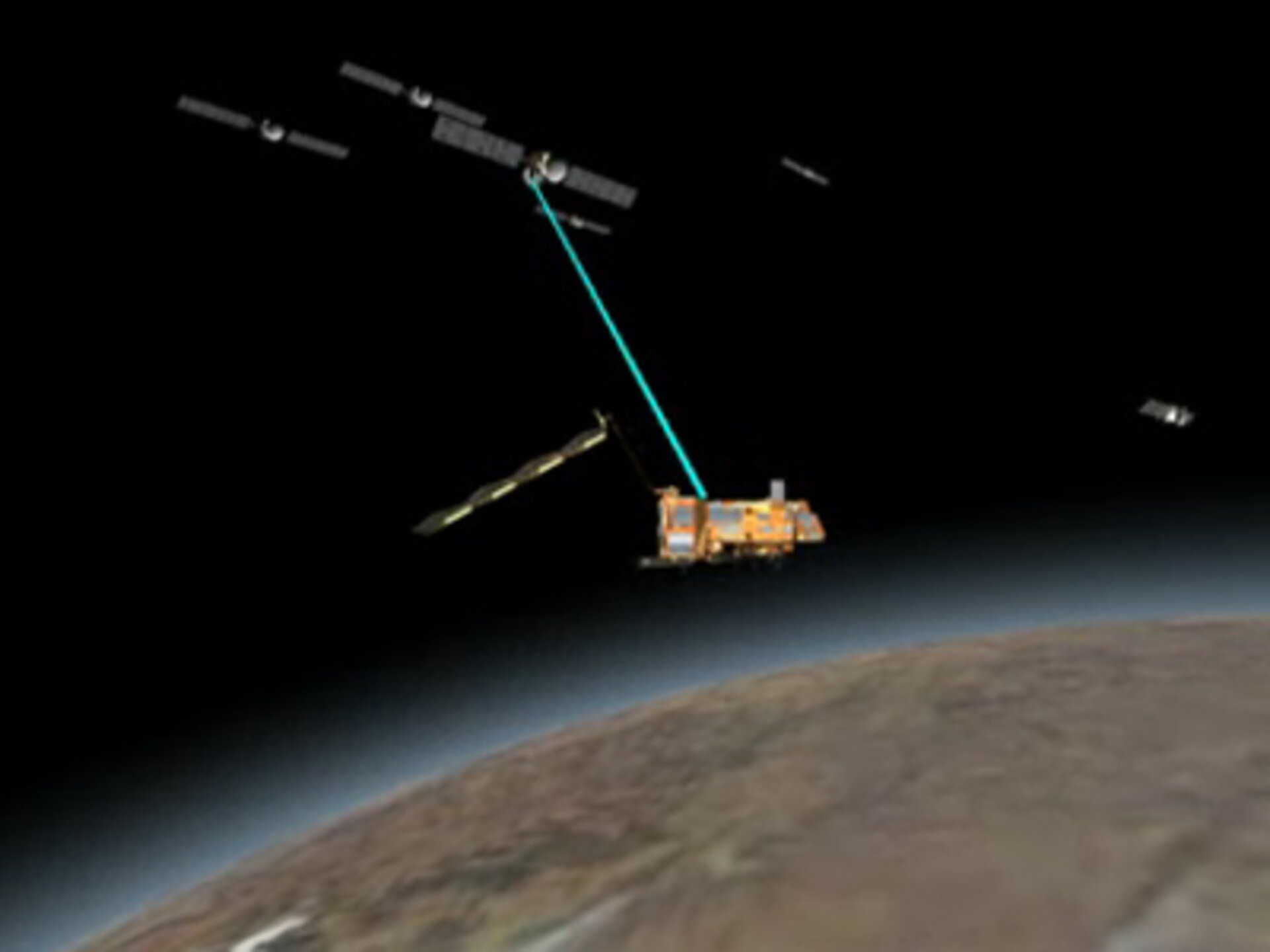 The animation shows GRAS's (Global Navigation Satellite System Receiver for Atmospheric Sounding) zenith-pointing antenna tracking a number of GPS satellites in range. This is indicated by the blue lines in the animation. The track-line changes to yellow once the signal goes into occultation. As it is in range of the GAVA antenna this is an example of a set event. From these signals, profiles can be derived for the lowermost 80 kilometres of the Earth's atmosphere. The red line indicates where a rise event begins and the signal is received by the GVA antenna.

The nominal GPS constellation consists of 24 satellites at an altitude of about 20,000 kilometres and distributed in six orbital planes around the Earth. An occultation occurs whenever a GPS satellite rises or sets on the Earth's limb as seen by the GRAS instrument. The Doppler shift of the received signals is directly affected by the refraction of the signal as a result of gradients of atmospheric temperature and humidity. Therefore, profiles of temperature, humidity and pressure can be derived from the refraction angles through the occultation phase. In the stratosphere and upper troposphere, where water vapour density is low, refraction is dominated by vertical temperature gradients. In the lower troposphere, the water vapour effects dominate refraction.