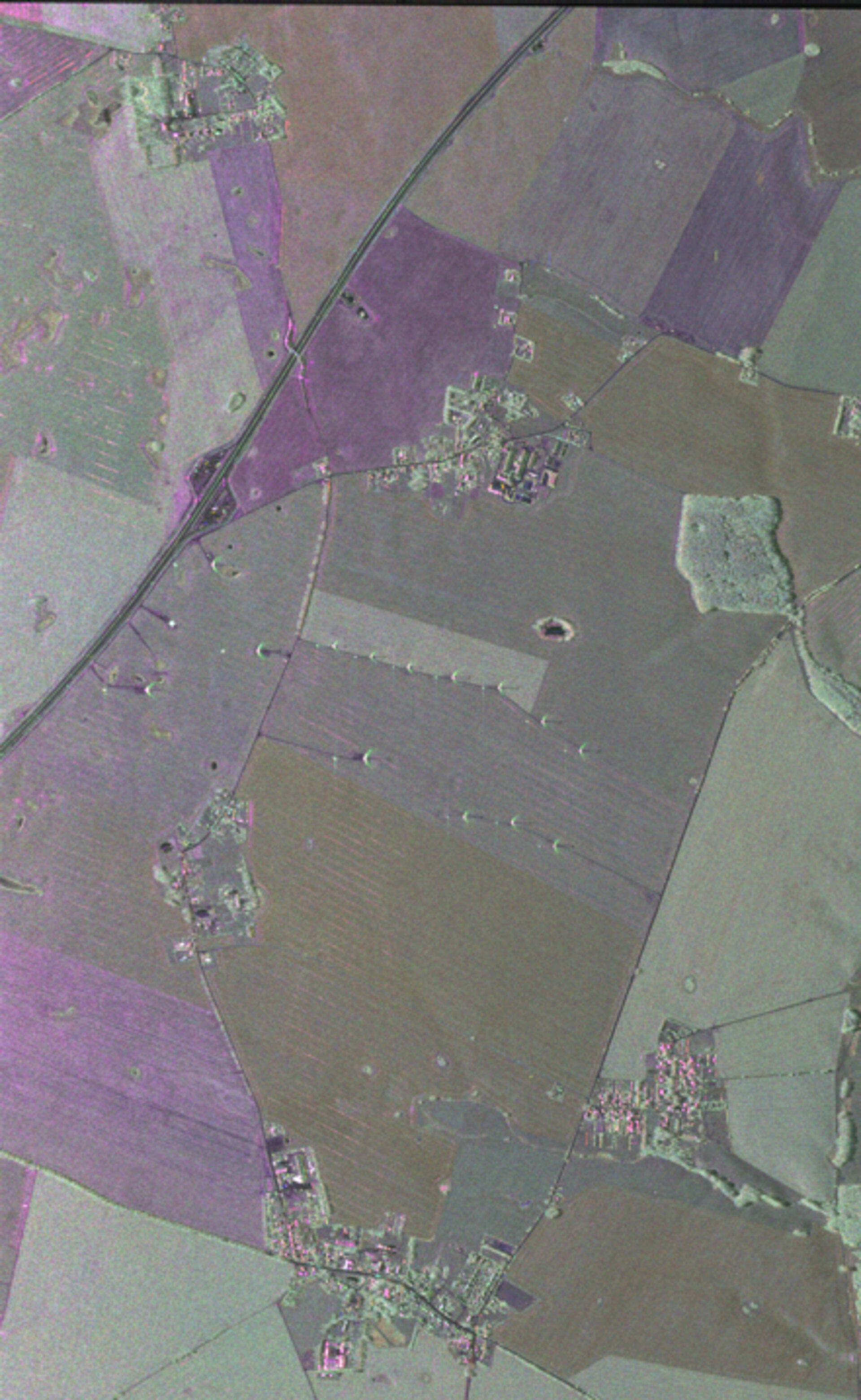 Airborne radar image acquired using the DLR-SAR system on 19 April 2006. The image shows bare soil fields and winter crops during the early growing season compared to the next image over the same site, which was acquired on month later on 24 May 2006. The colour composite was generated based on C-band multi-polarisation data, illustrating the information content of Sentinel-1 for land use classification.