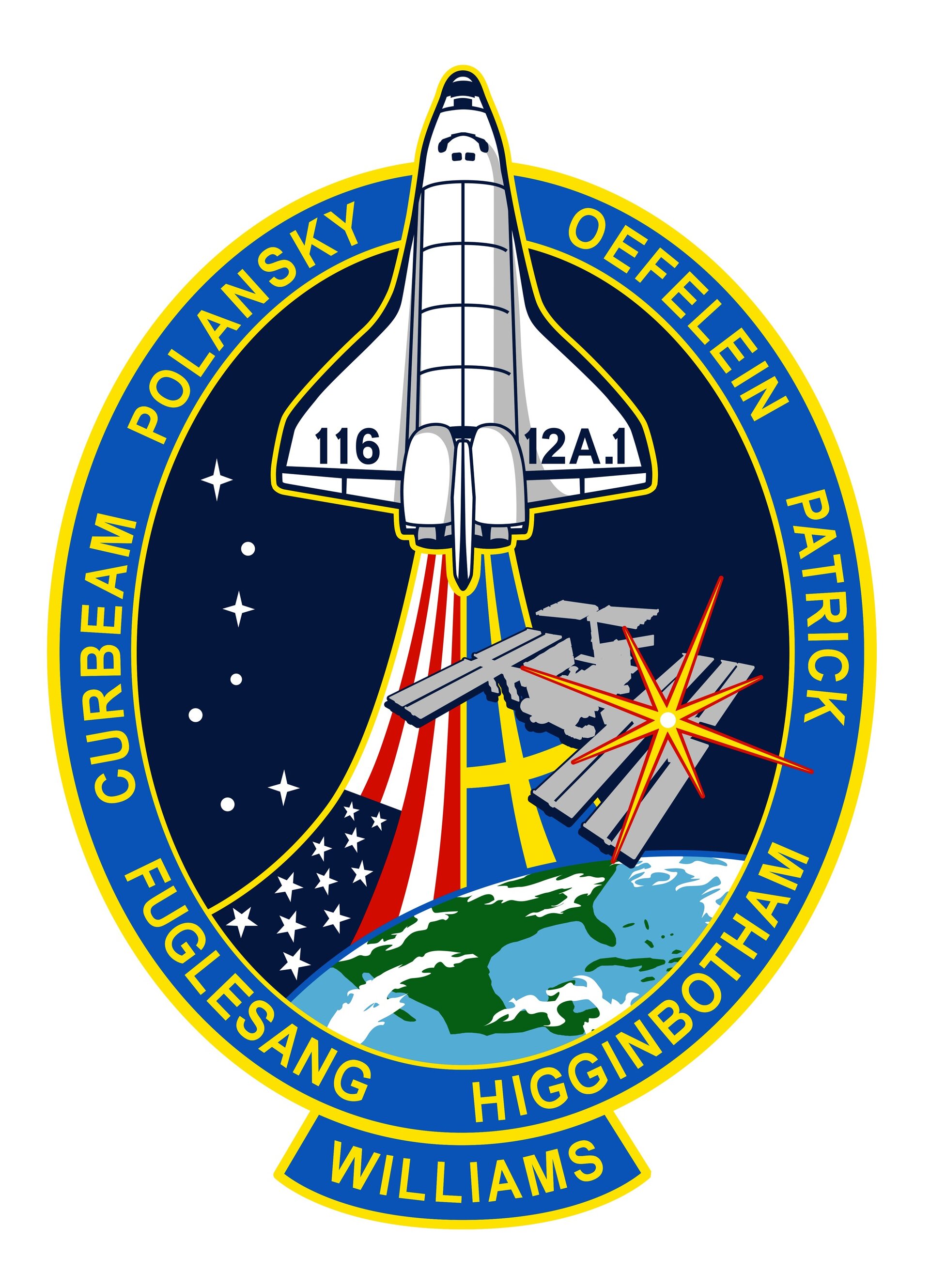 The primary mission objective is to deliver and install the P5 truss element. The P5 installation will be conducted during the first of three planned spacewalks, and will involve use of both the Space Shuttle and Station robotic arms. The remainder of the mission will include a major reconfiguration and activation of the ISS electrical and thermal control systems, as well as delivery of Zvezda Service Module debris panels, which will increase ISS protection from potential impacts of micro-meteorites and orbital debris. In addition, a single Expedition crewmember will launch on STS-116 to remain onboard the Station, replacing an Expedition crewmember who will fly home with the Shuttle crew.

The crew patch depicts the Space Shuttle rising above the Earth and ISS. The United States and Swedish flags trail the orbiter, depicting the international composition of the STS-116 crew. The seven stars of the constellation Ursa Major are used to provide direction to the North Star, which is superimposed over the installation location of the P5 truss on ISS.

(Note: The NASA insignia design for Shuttle Space flights is reserved for use by the astronauts and other official use as the NASA Administrator may authorize. Public availability has been approved only in the form of illustrations by the various news media. When and if there is any change in this policy, which is not anticipated, such will be publicly announced.)