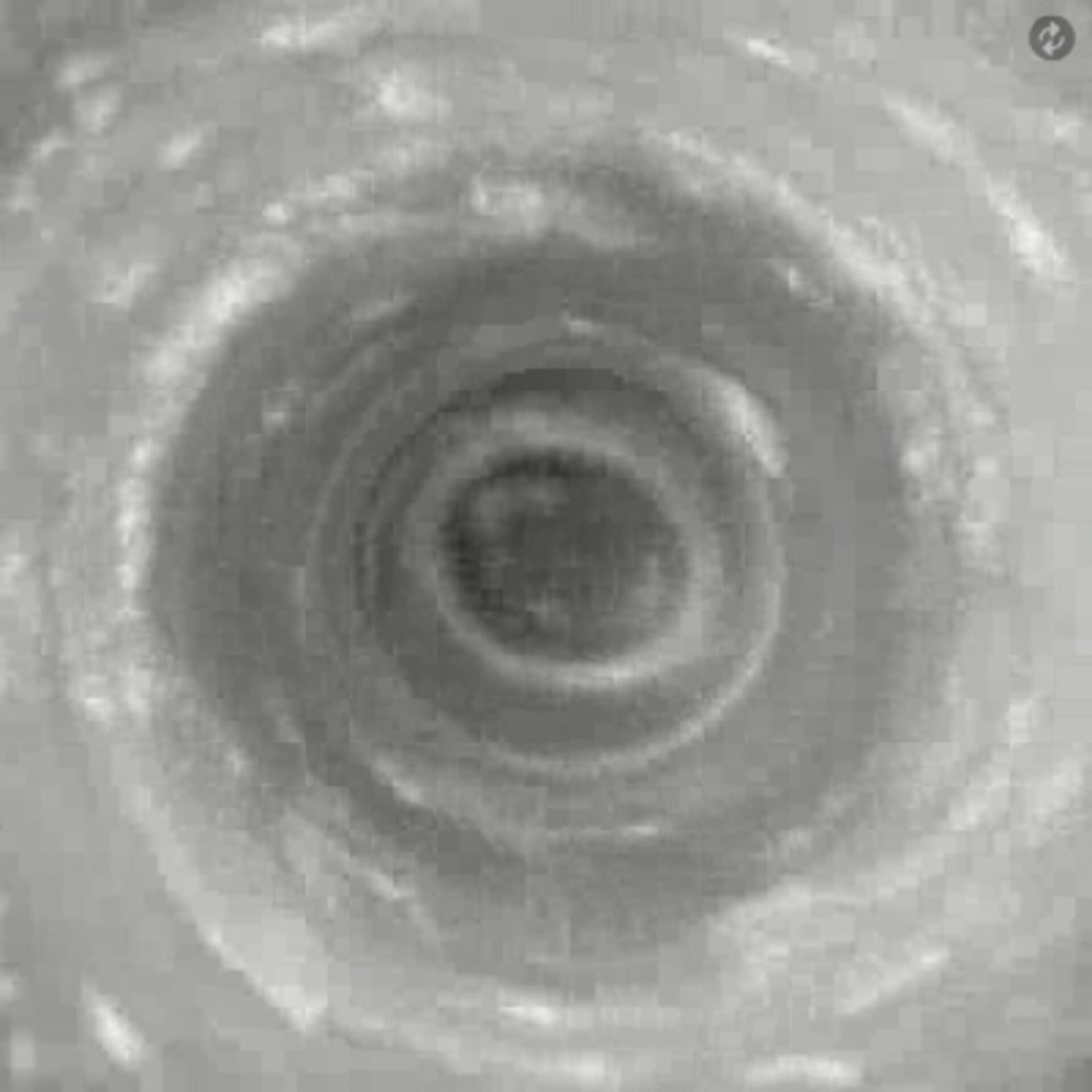 This movie is made of 14 images acquired over a period of three hours on 11 October 2006, when Cassini was approximately 340 000 kilometres from Saturn, and shows a swirling cloud mass centred on the South pole, around which winds blow at 550 kilometres per hour.

The frames have been aligned to make the planet appear stationary, while the Sun appears to revolve about the pole in a counter-clockwise direction. The clouds inside the dark, inner circle are lower than the surrounding clouds, which cast a shadow that follows the sun.

The South polar storm, which displays two spiral arms of clouds extending from the central ring and spans the dark area inside a thick, brighter ring of clouds, is approximately 8000 kilometres across, which is considerably larger than a terrestrial hurricane.

Image scale is about 17 kilometres per pixel. The images were taken with the wide-angle camera using a spectral filter sensitive to wavelengths of infrared light centred at 0.752 microns. All frames have been contrast enhanced using digital image processing techniques. The unprocessed images show an oblique view toward the pole, and have been re-projected to show the planet from a perspective directly over the South pole.