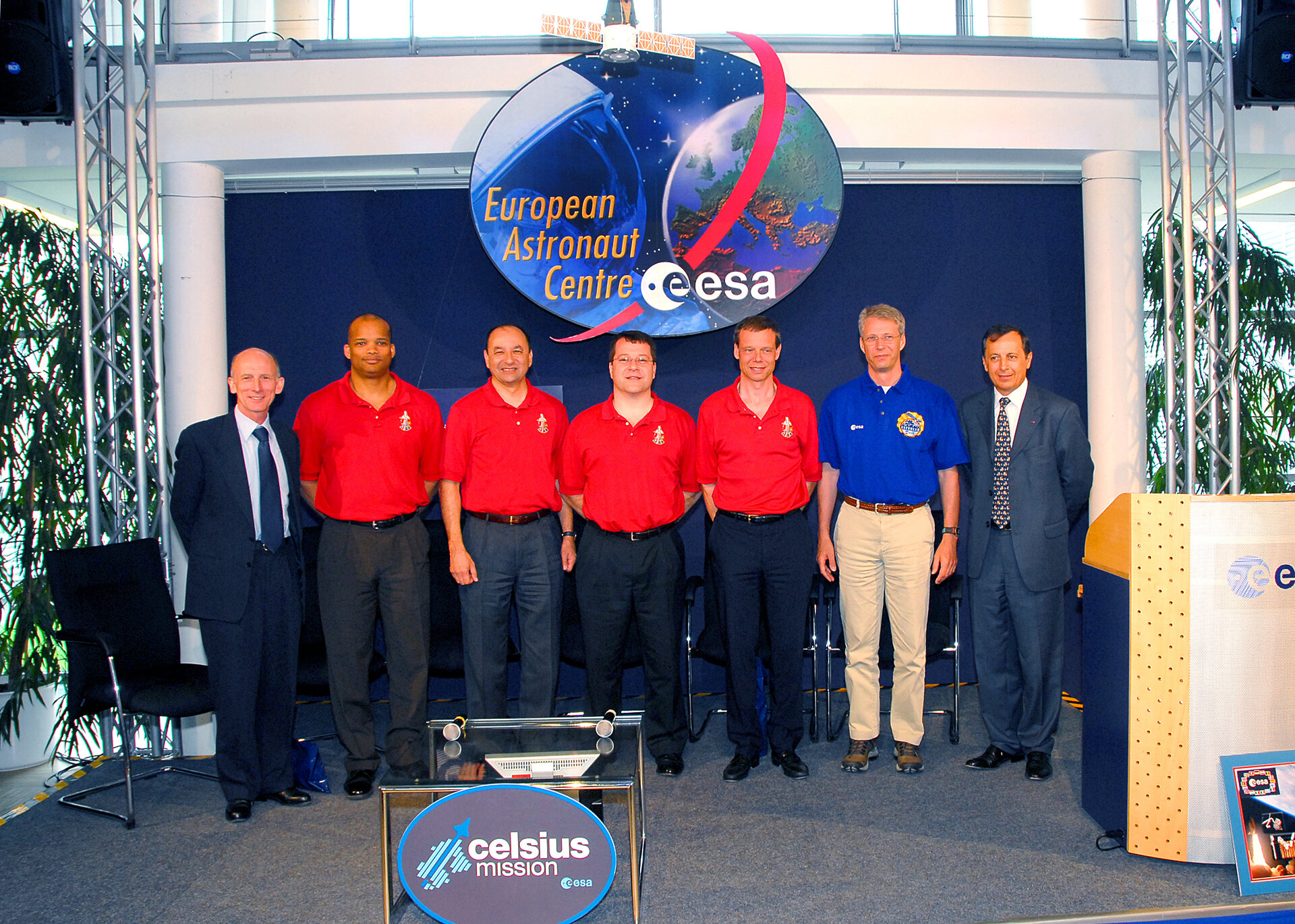 The STS-116 crew was reunited with ESA astronaut Thomas Reiter during their visit to the European Astronaut Centre. Thomas Reiter returned to Earth with the return leg of the STS-116 flight after completing a nearly six month stay on the International Space Station.