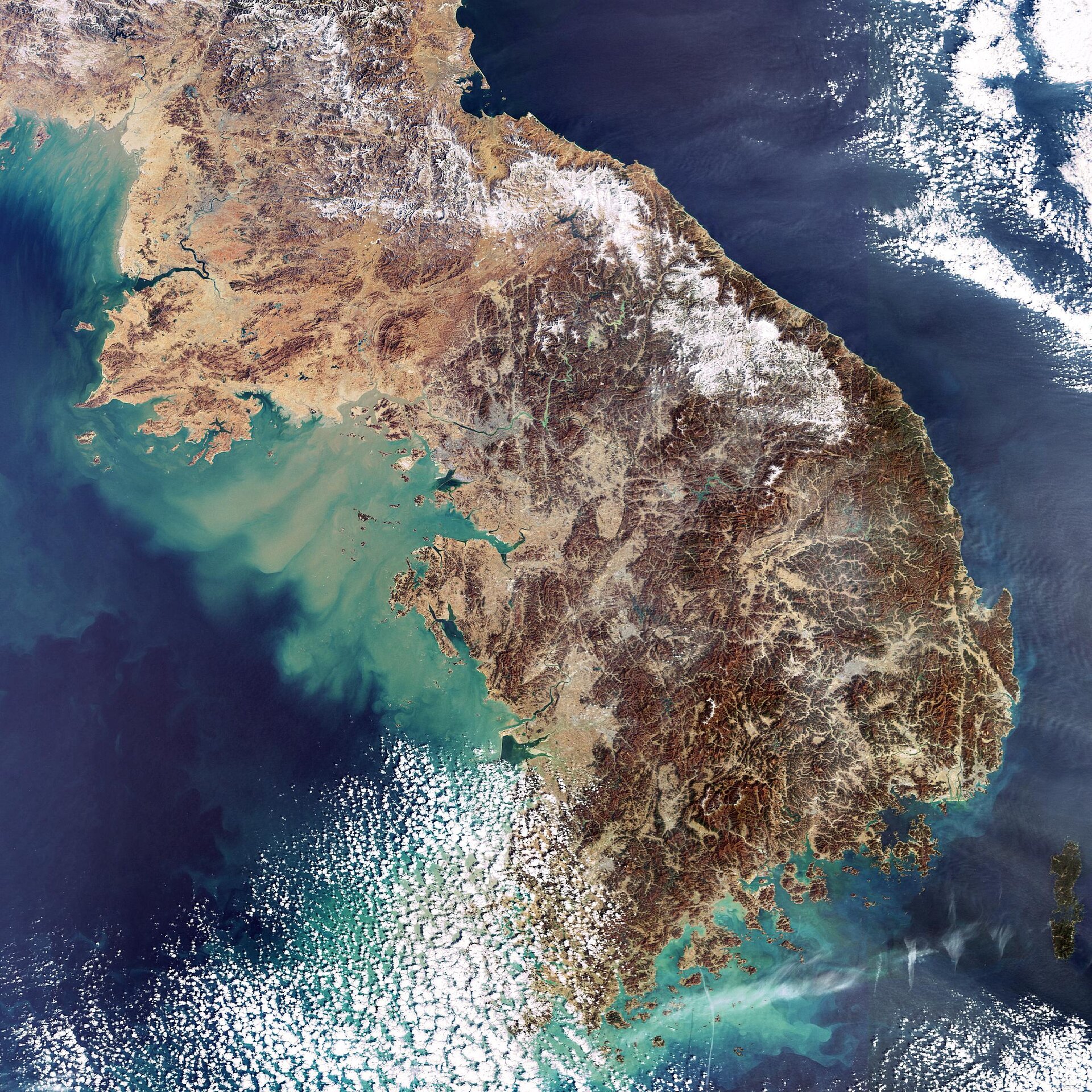 The Korean Peninsula, highlighted in this Envisat image acquired on 11 February 2007, is divided into two countries – the Democratic People's Republic of Korea (North Korea) and the Republic of Korea (South Korea). North Korea's capital, Pyongyang, is located on the Taedong River (the dark blue body of water seen emptying into the Yellow Sea in the upper left hand of the image). The capital of South Korea, Seoul, can be seen in light green just off the western coast in the northwest of the country.