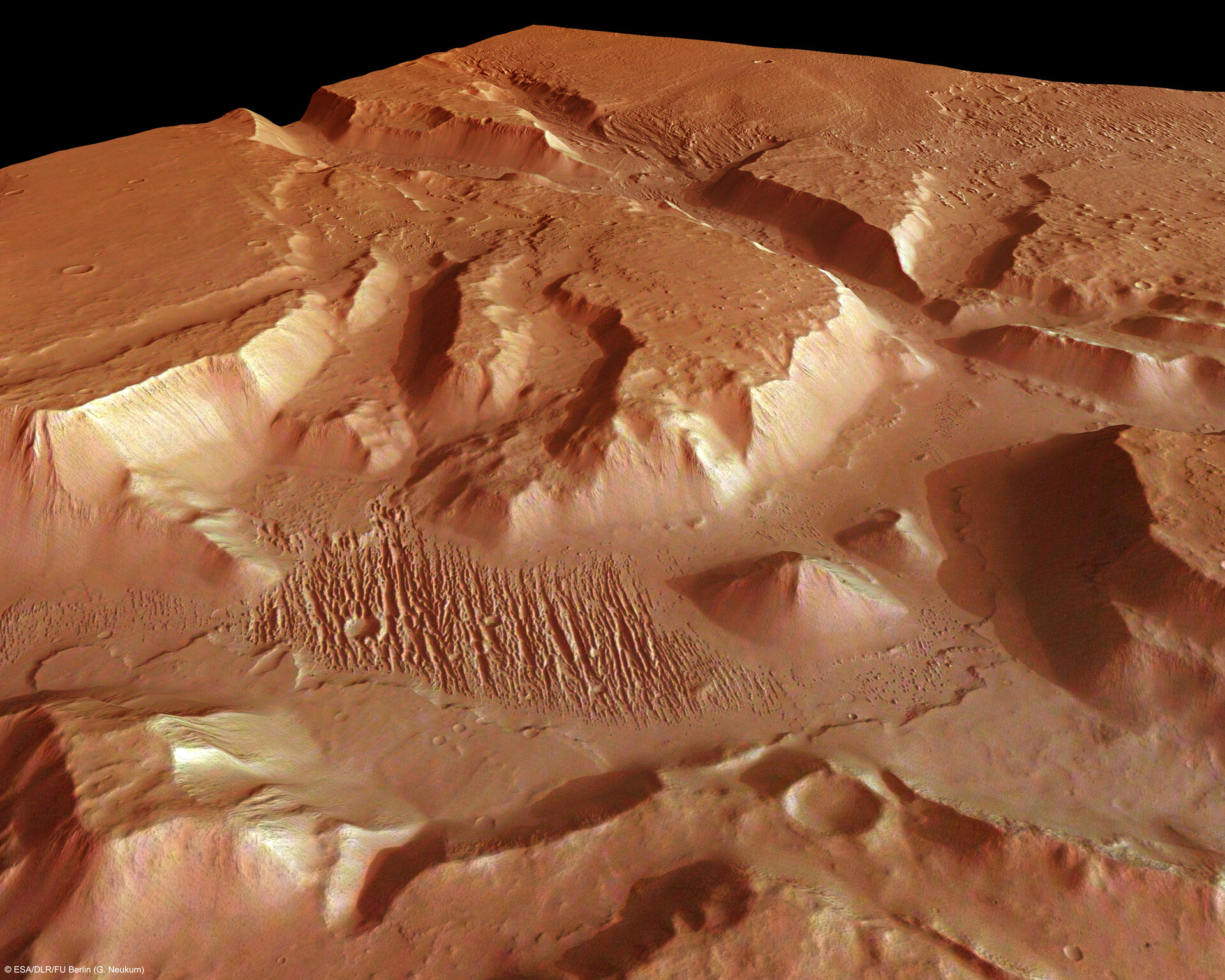 Deep valleys are incised into the highlands in the northern part of the scene showing linear features on the floor of the valley. Similar linear features are also seen in the lower part of the picture but the morphology is different from the region in the upper part in that there are no incisions. Also, the area is far less cratered and hence the erosion must be of a relatively recent origin.

Scientists have reason to believe that the valleys might primarily originate from tectonic activity, possibly also modelled locally by subsequent fluid or mass wasting activity.

This perspective view was obtained from a Digital Terrain Model derived from the HRSC stereo channels.