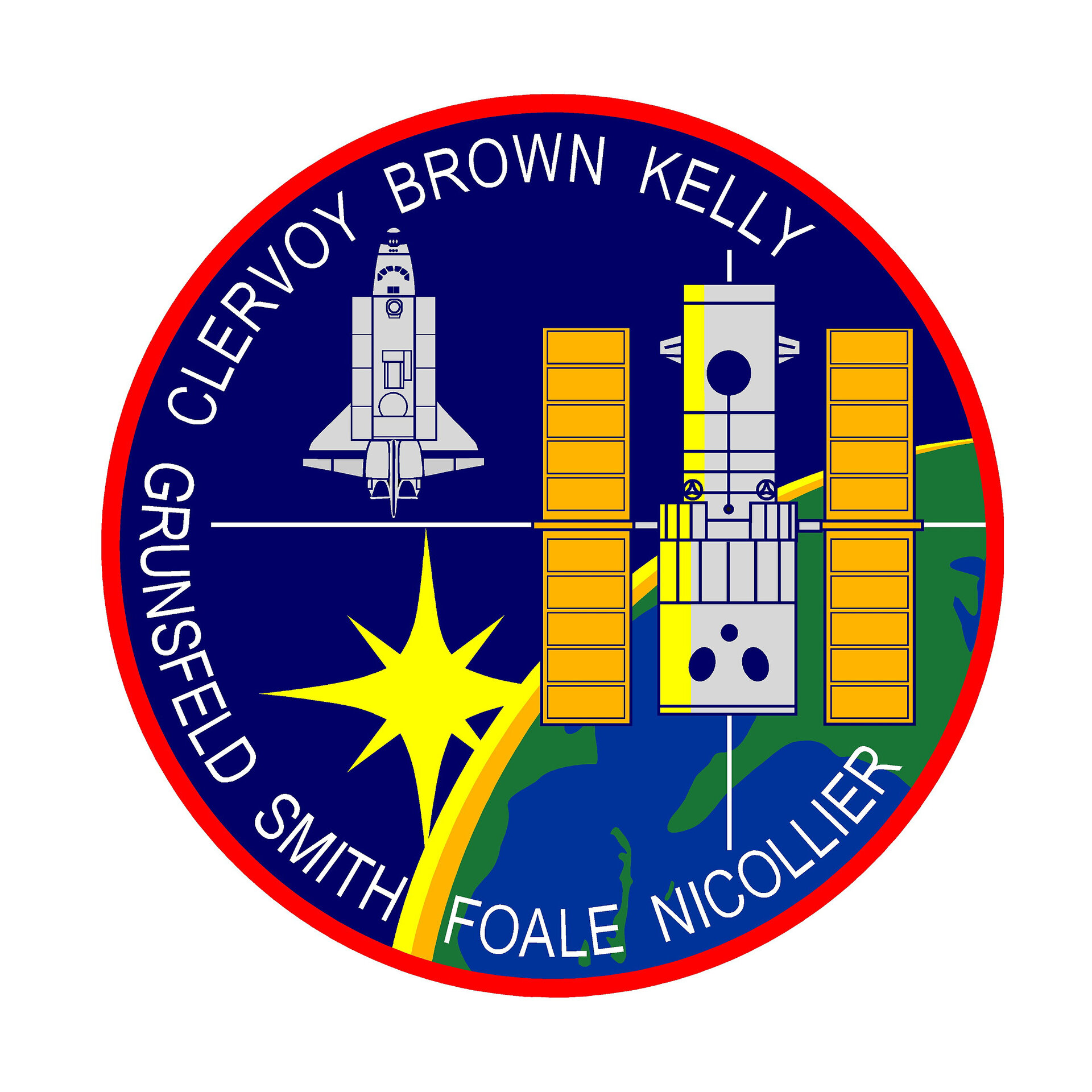 ESA astronauts Jean-François Clervoy (FR) and Claude Nicollier (CH) flew on the Space Shuttle Discovery STS-103 mission in December 1999. This was the Hubble Servicing Mission 3A with four scheduled spacewalk days where four crew members worked in pairs on alternating days to renew and refurbish the telescope.

Nicollier and Clervoy flew with Michael Foale, Scott Kelly, Curtis Brown, John Grunsfeld and Steven Smith, spending nearly 8 days in space. On STS-103, the Shuttle reached the highest orbit ever flown in the programme's history, at the apogee of 609 km above Earth.

With Nicollier leading the patch design, the STS-103 crew chose to show the Space Shuttle Discovery approaching the Hubble Space Telescope prior to its capture and berthing. The horizontal and vertical lines centered on the telescope symbolise the ability to reach and maintain a desired attitude in space. Inspired by views from previous servicing missions, with its solar arrays illuminated by the Sun and contrasting with the black space and the night side of Earth, Nicollier was careful to pick colours that showed how beautiful Hubble looks in space.