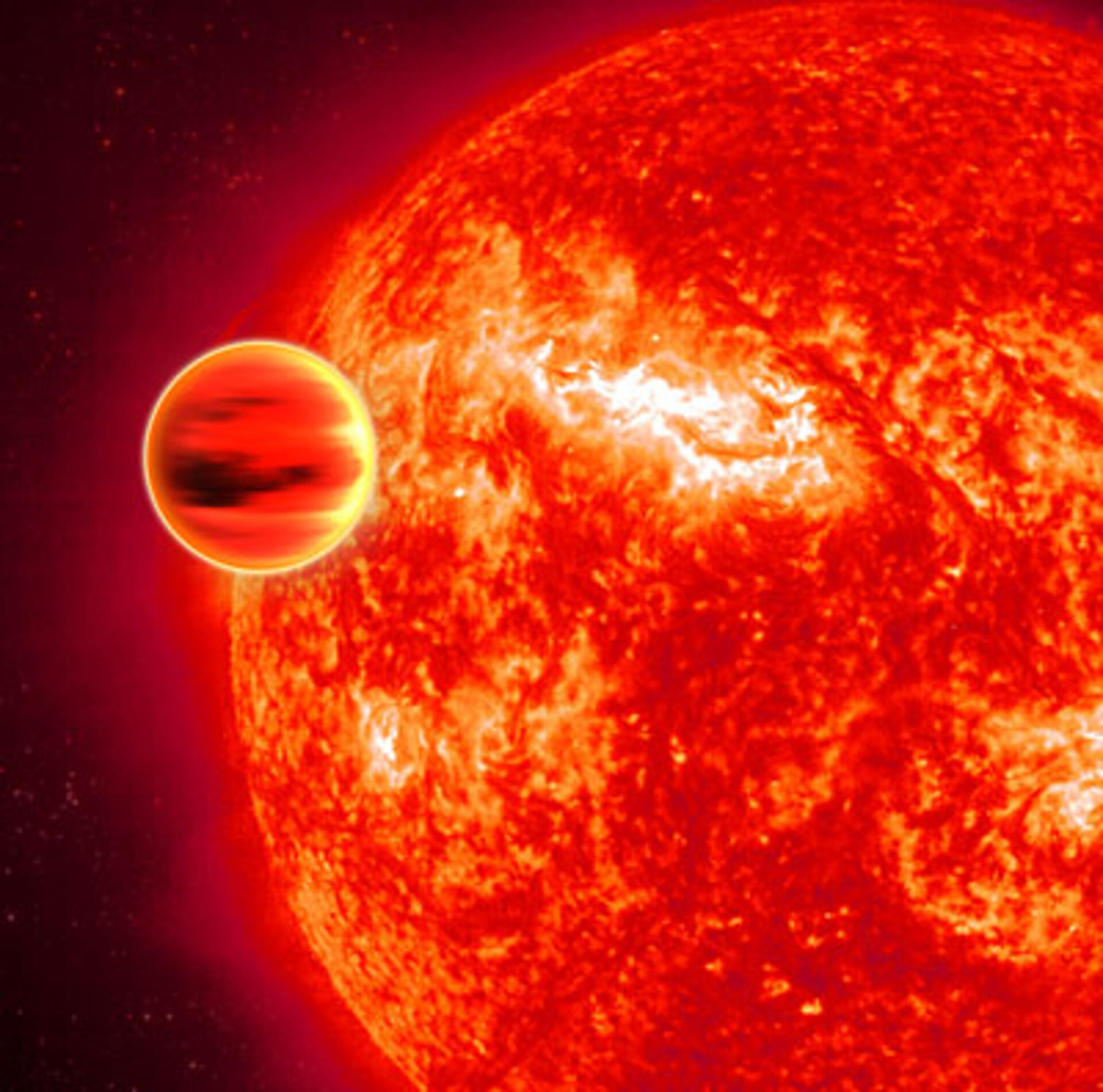 Transiting exoplanet HD 189733b, in the infrared

An artist’s impression of the transiting exoplanet named 'HD 189733b'. The image is ‘reddened’ to provide an idea of the view in the infrared.

Scientists have reported the first conclusive discovery of the presence of water vapour in the atmosphere of a planet beyond our Solar System.

Infrared analysis of this gas giant’s transit across its parent star provided the breakthrough. The planet HD 189733b lies 63 light-years away, in the constellation Vulpecula.

It was discovered in 2005 as it dimmed the light of its parent star by some three percent when transiting in front of it.