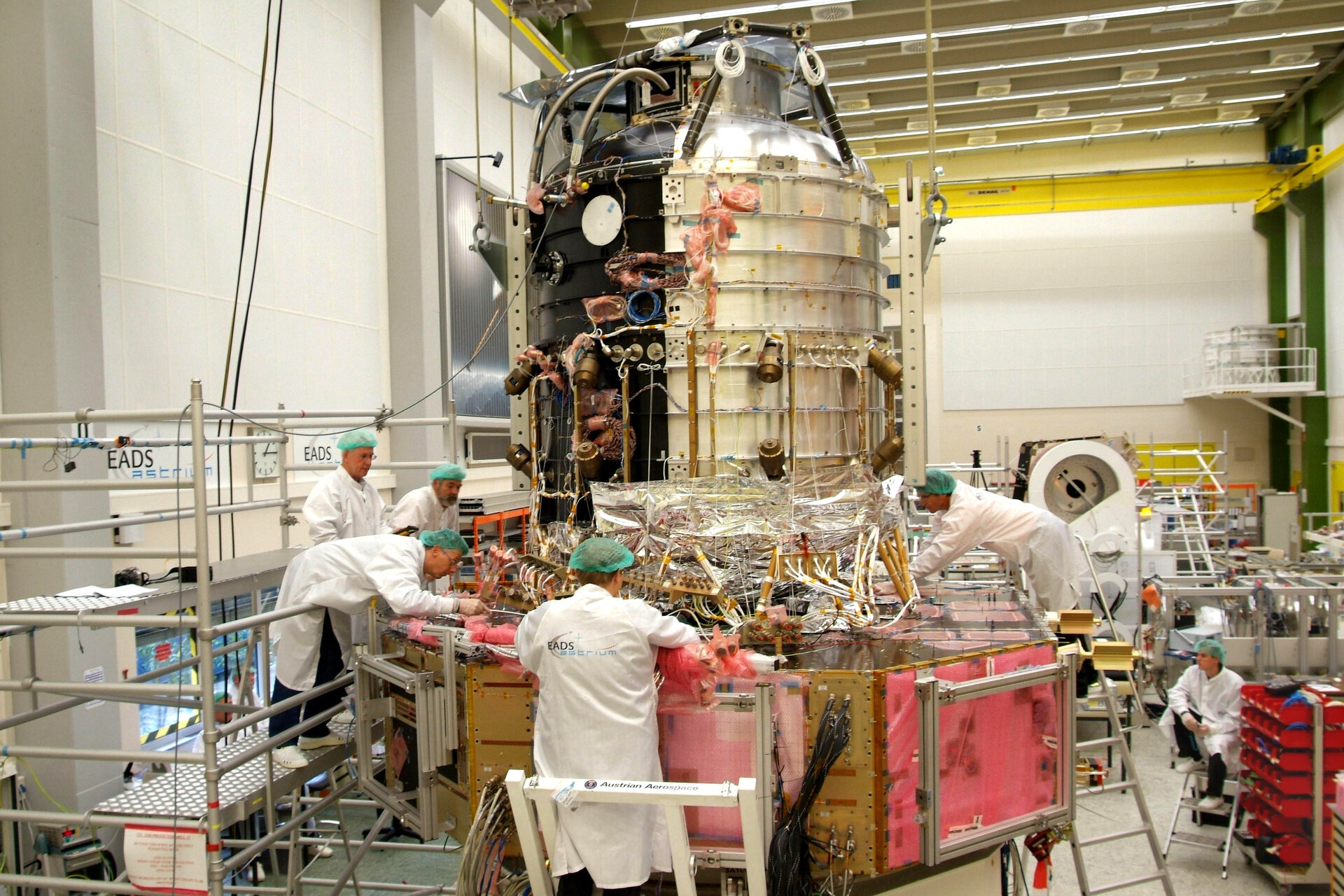 This picture was taken on 11 September during the mating of Herschel's cryostat (an important part of the payload module) and the service module at Astrium's facilities in Friedrichshafen. All that is now left to complete the spacecraft is the solar array and its telescope.

The cryostat contains the sensitive instrument detectors cooled down to about -273ºC (0.3 degrees above absolute zero). The service module is the spacecraft’s heart, which keeps the spacecraft going by caring for all its vital functions. It also carries the ‘warm’ instrument units – those that do not require cooling with the cryostat.

Between late July and early August this year, the cold and warm units of the instruments were mated with the cryostat and the service module respectively.

On 11 September, the cryostat containing the cold instrument units was finally mounted on the service module, mating Herschel’s heart and brain.

This fundamental step will be followed by functional and compatibility testing at Astrium before the spacecraft is sent to ESA’s European Space Research and Technology Centre (ESTEC) in November for final environmental (thermal, mechanical, acoustic) and functional acceptance tests.

In late December 2007 or early 2008, after the functional tests, the telescope and the solar arrays – two other fundamental parts of the payload module - will be mated to the rest of the spacecraft, completing Herschel.