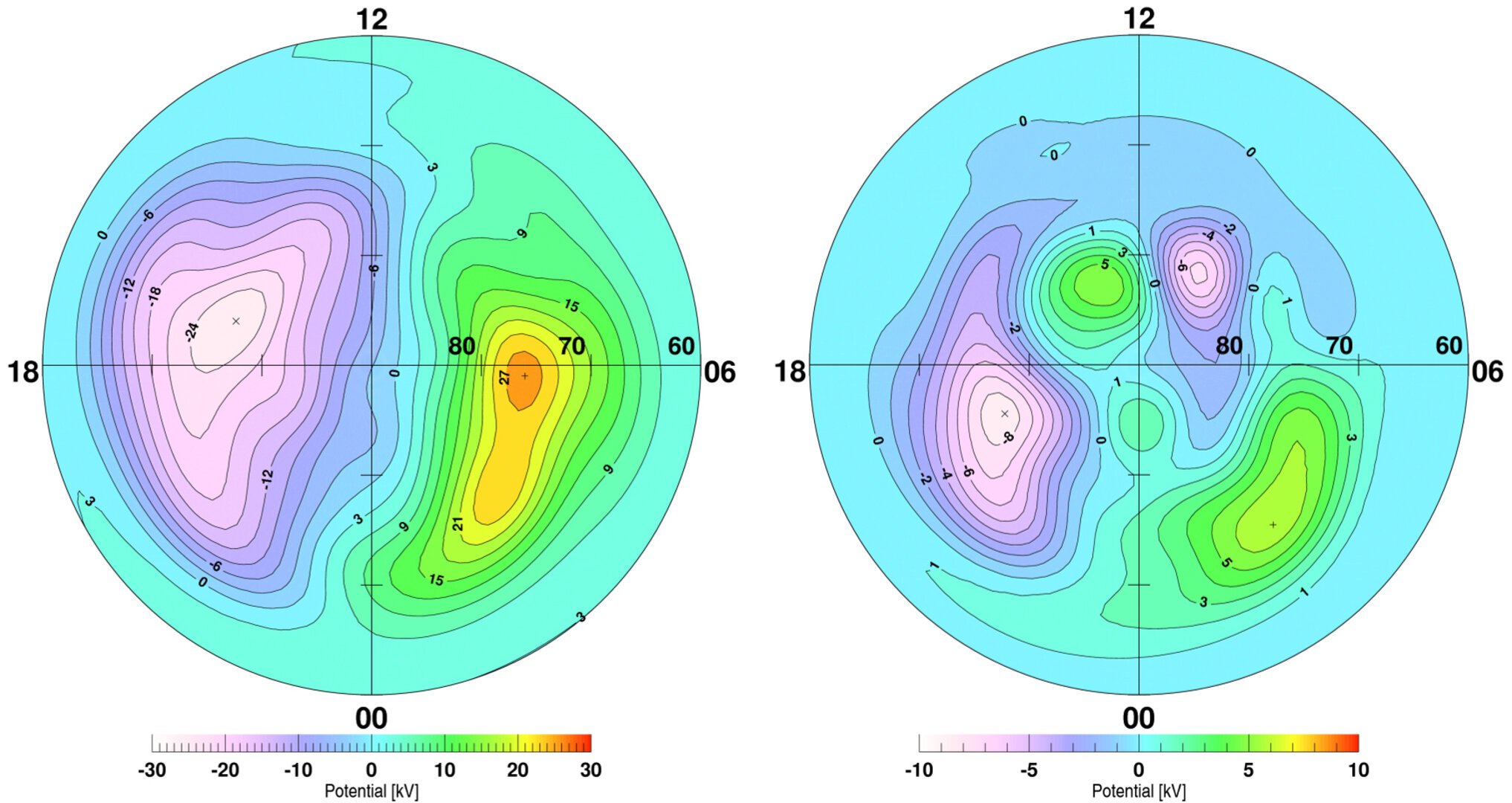 This picture shows the pattern of convection cells above the polar caps for different orientations of the Interplanetary Magnetic Field.

Although Earth is vastly protected from the hazards of interplanetary space by the magnetosphere and atmosphere, they do not form an isolated bubble. Most incoming solar wind is deflected by the magnetosphere but some material manages to enter. Understanding the mechanism is of crucial importance to space-borne infrastructure (GPS, telecommunication satellites) and for the safety of astronauts.

One way to do this is to study the convection cells.

For the first time, statistical maps of the convection cells under various solar conditions were derived `with six years of data from ESA's Cluster mission. Results show that the behaviour of the cells is linked heavily to solar activity.

It can be clearly seen that the number of cells varies depending on the orientation of the IMF.