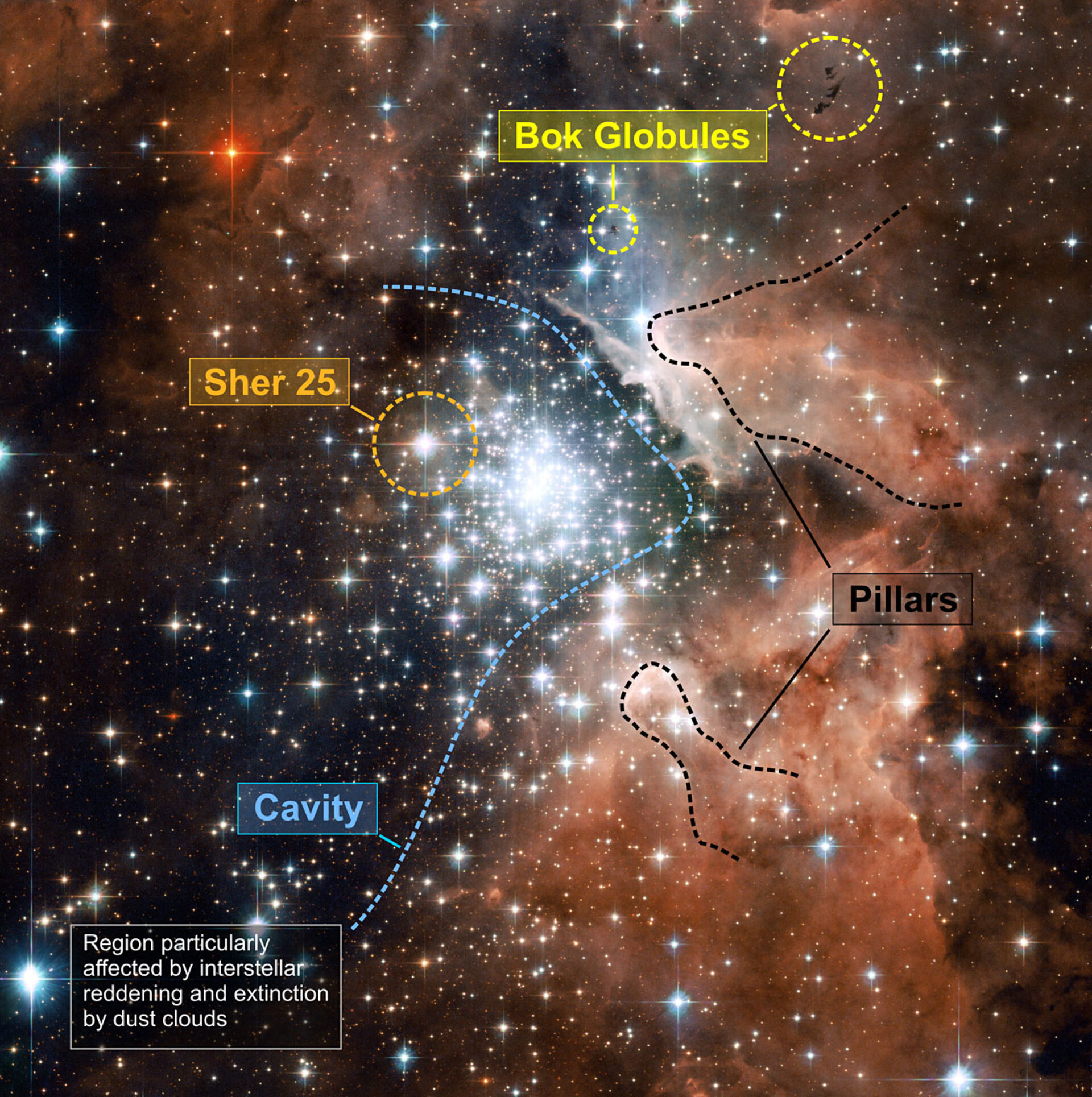 This annotated Hubble image shows the gigantic nebula NGC 3603 located in the Carina spiral arm of the Milky Way, about 20 000 light-years from the Solar System.

NGC 3603 hosts one of the most prominent, massive, young clusters in the Milky Way. Hubble has been observing this prime location for star formation studies.

The images show a young star cluster surrounded by a vast region of dust and gas. Most of the bright stars in the image are hot, blue stars. They produce ultraviolet radiation and violent winds that have formed an enormous cavity in the gas and dust surrounding the cluster.

The region to the the lower left in the image is darker due to a mix of extinction of starlight and interstellar reddening caused by dust clouds in the foreground. Giant pillars of gas can also be seen extending away from the central cluster. The Bok globules appear at the top right of the image.