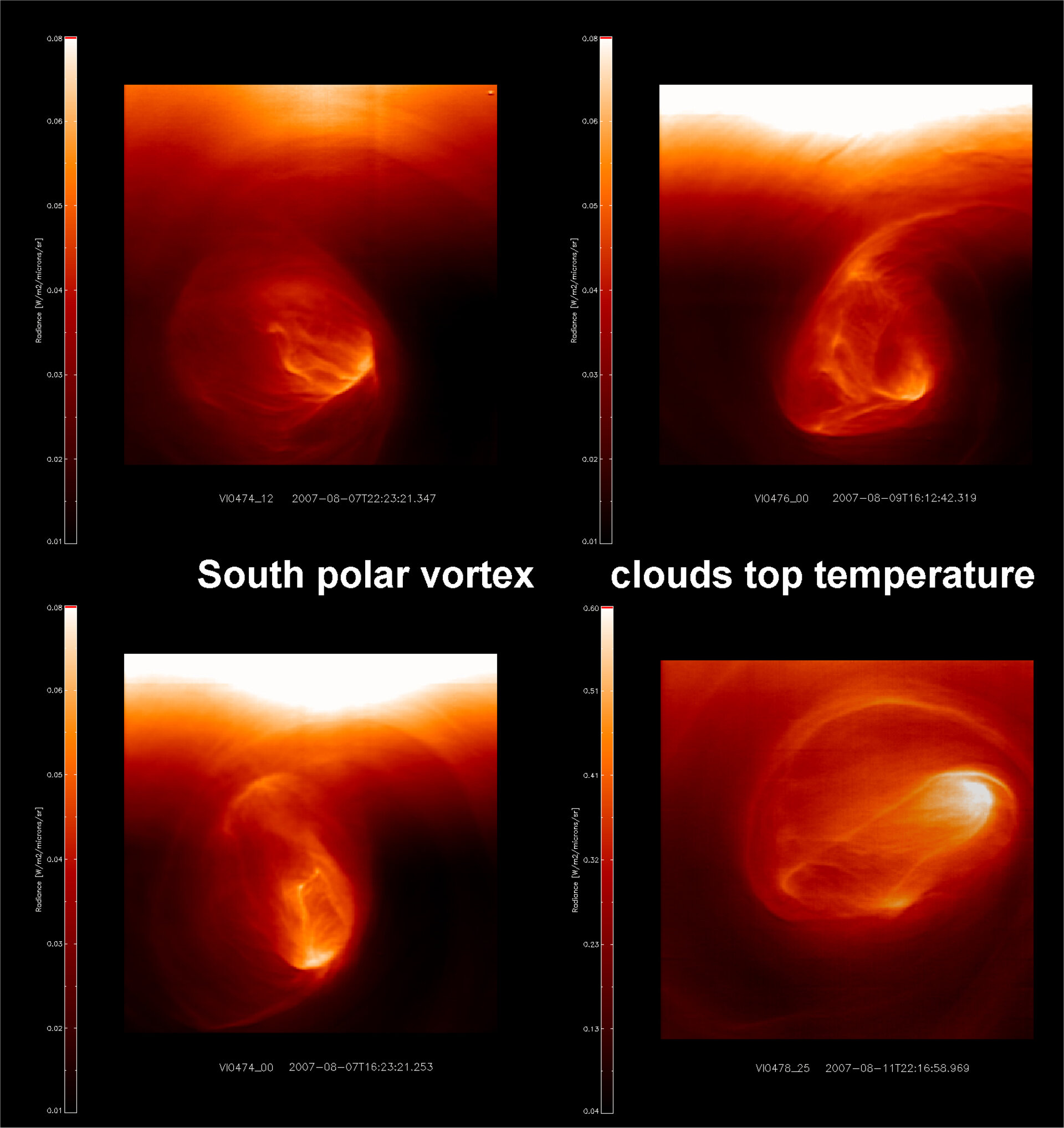 This beautiful set of infrared images of the south polar vortex at Venus was obtained by the Visible and Infrared Thermal Imaging Spectrometer (VIRTIS) on board ESA’s Venus Express.
The images, taken during four different observations performed over three orbits in August 2007, show variations in the shape of the vortex and also provide clues on the temperature variation in the clouds.
They were obtained at a distance of about 66 000 km from the planet’s surface, at wavelengths of 3.8 micrometres (top left, down left, top right) and 5 micrometres (bottom right).