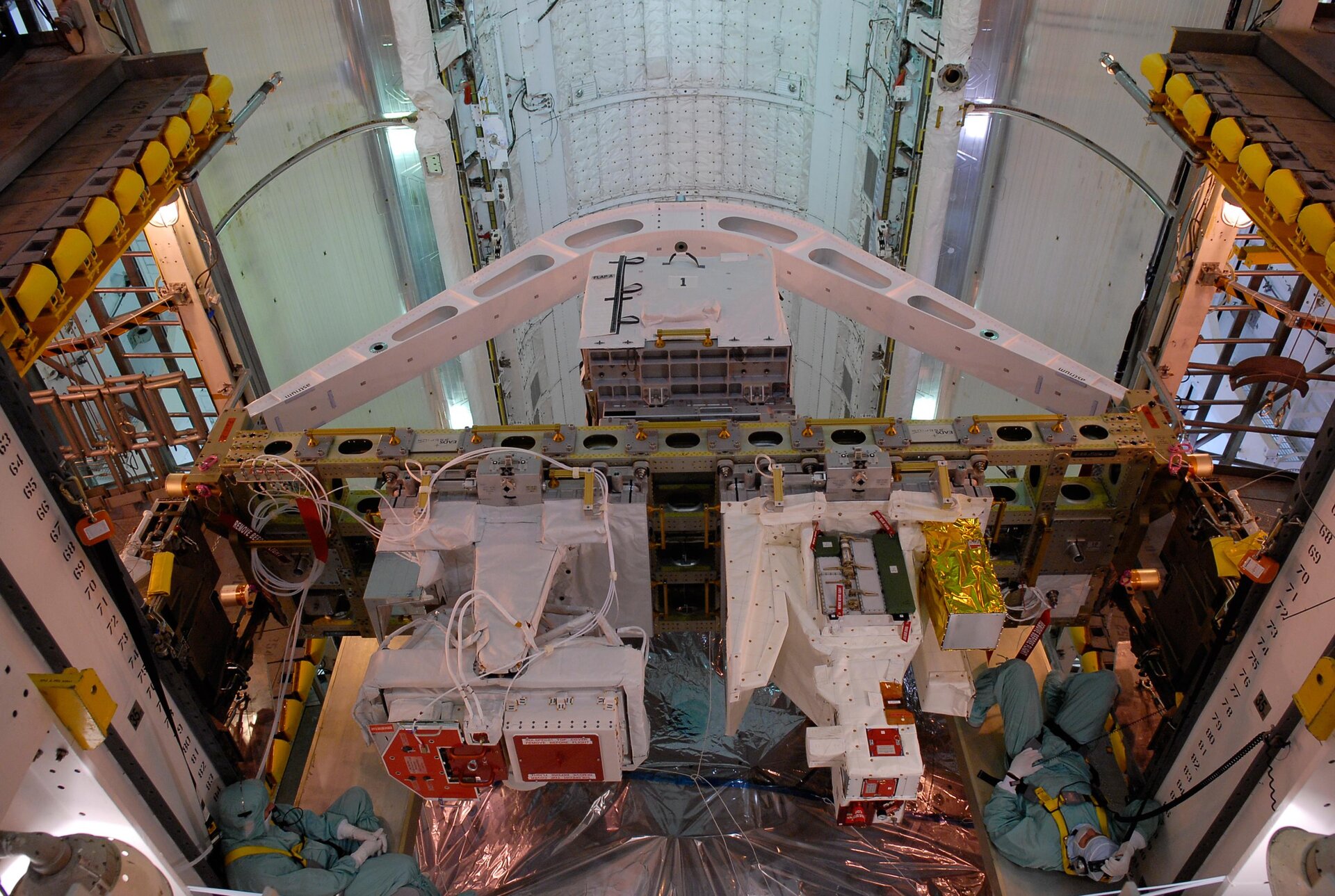 The integrated cargo carrier-lite (ICC-lite) is transferred to Space Shuttle Atlantis' payload bay from the payload changeout room on Launch Pad 39A. The carrier holds three elements: a nitrogen tank assembly that is part of the external active thermal control system on the International Space Station, the European technology Exposure Facility (EuTEF) composed of nine science instruments and an autonomous temperature measurement unit, and the SOLAR payload designed for sun observation. EuTEF and SOLAR are external facilities for the European Columbus laboratory which was also transferred to Atlantis' payload bay. Columbus is ESA's largest single contribution to the Space Station. Columbus will fly to the International Space Station on mission STS-122. The launch is targeted for 6 December 2007.