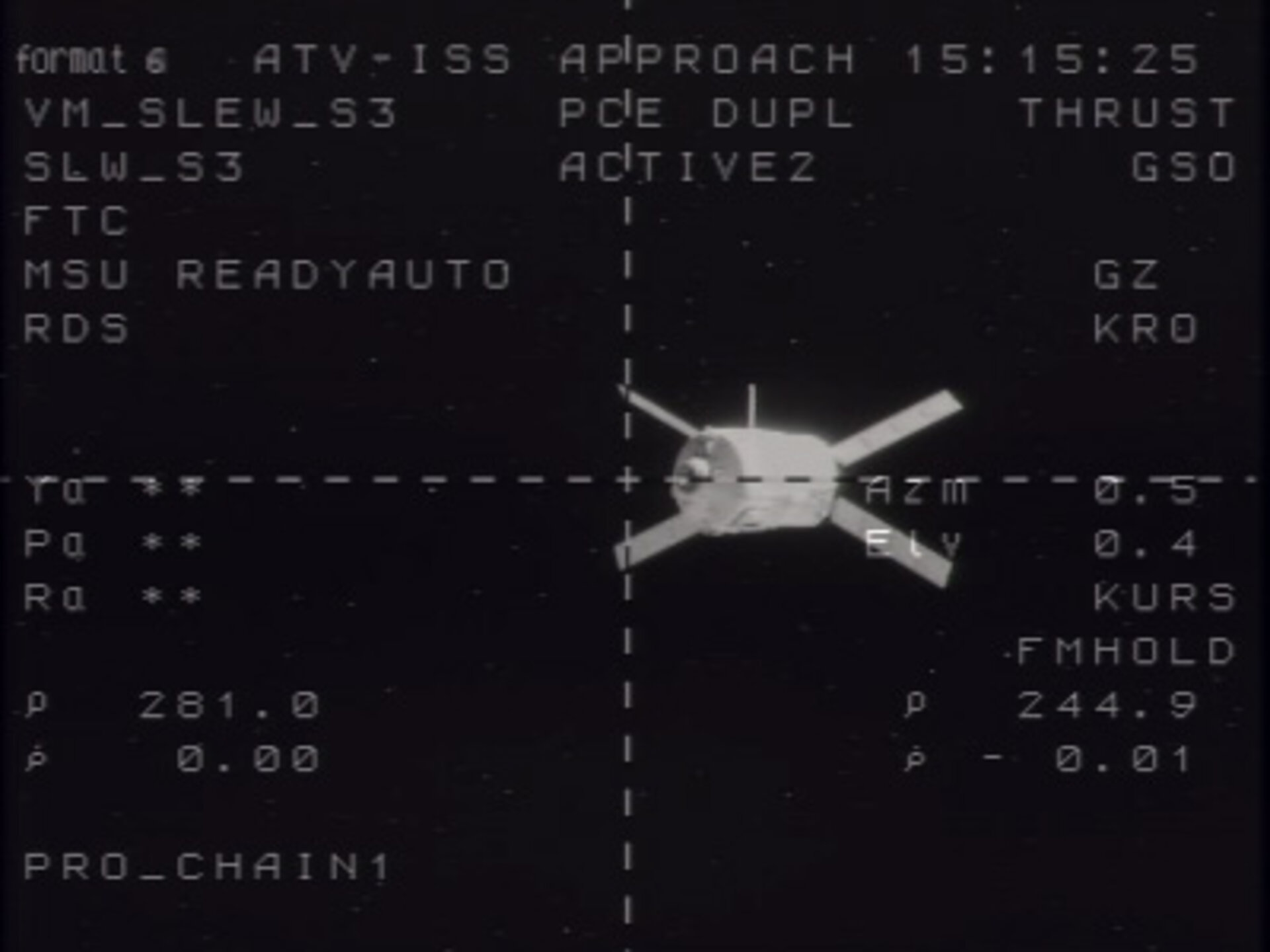 Two Demonstration Days for ESA’s Jules Verne ATV took place prior to the final rendezvous and docking. The first on March 29 demonstrated that ATV can automatically calculate its position and its manoeuvres with respect to the International Space Station using relative GPS navigation.

From a starting position below and behind, it climbed in steps to a S2 position, some 3 and a half kilometres from the orbital complex, before carrying out an ‘Escape manoeuvre’ to distance itself.

The data from this rehearsal were then analysed by the ATV mission management and its NASA and Russian partners before proceeding to a second Demonstration Day.

This second ‘dry-run’ tested close proximity manoeuvring and control, including contingency manoeuvres for both the ATV control centre and the crew aboard the ISS.

The ATV approached first to within 20 metres of the station, retreated, then approached even nearer, to a point only 12 metres from the docking port on the ISS Russian Zvezda segment. Before again backing off to a safe 100 metre distance, and then regaining its parking position.

This final phase of automated manoeuvres were conducted in a step-by-step predefined manner, after authorisation from the Russian Mission Control Centre in Moscow.